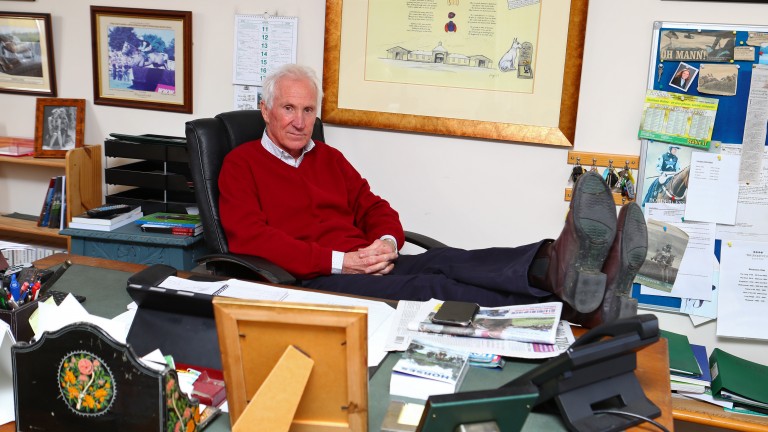 On Sunday we'll go to the local pub, the Royal Oak in Andoversford, and do tables of six and take over the place!
Fergal O'Brien expresses his delight after recording his maiden century in a season at Kempton

Her unfailing smile allowed Lorna to make friends and her thirst for racing was unquenchable – she embodied everything there is to love about jump racing. Her loss is keenly felt in the weighing room and beyond. One thing is for certain – Lorna will never be forgotten
Sarah Oliver, chief executive of the Amateur Jockeys Association of Great Britain, pays tribute to Lorna Brooke, who died aged 37

I hate bookmakers. I hate it that I've had owners who like a bet and had their accounts closed. Bookmakers have everything their way. They sponsor a few races and everyone thinks they're great
Outspoken trainer Charlie Mann speaks to the Racing Post after retiring on "my terms"

He was a real character and he took us to all the big festivals. He was a horse of a lifetime and was a huge horse for my career. He leaves us with fantastic memories me and my family will cherish forever
Jamie Codd outlines the legacy left by three-time Cheltenham Festival winner Cause Of Causes, who died aged 13

In the end we just decided he was such an enigmatic horse we'd give him a chance at everything. He wasn't an easy animal to train, to ride, to look after, but on the track he could be brilliant on his day
Graham Wylie reminisces over his former star Tidal Bay in our latest Fans' Favourites feature

They were made for each other. The horse was sound until an injury at the very end of his career and Eddie would never have been a man to get a cold or flu, always positive, gung-ho and intent on getting on with life. They were both made of absolute iron
Eddie O'Connell's son Colm after the death of his father, owner of Un De Sceaux

FIRST PUBLISHED 6:00PM, APR 24 2021
He leaves us with fantastic memories me and my family will cherish forever