Latest UP FOR THE CUP 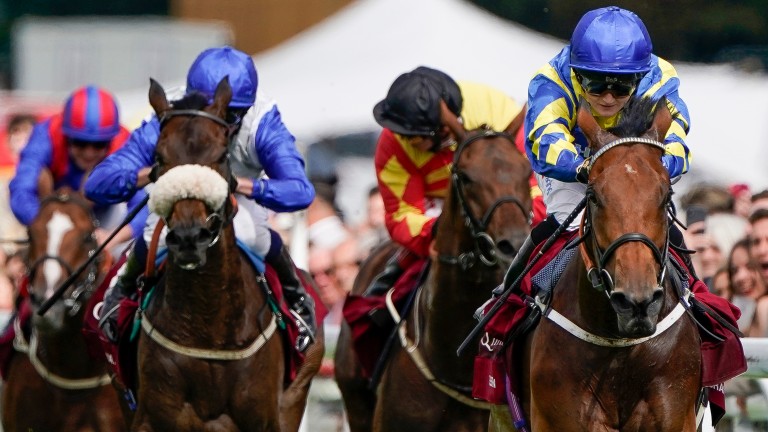 Away He Goes (left): chased home Trueshan in the Goodwood Cup on Tuesday
Getty Images
1 of 1
By Jack Haynes UPDATED 1:25PM, AUG 1 2021

British representation is likely to be considerably smaller in this year’s Lexus Melbourne Cup, but one stayer primed for Australia’s biggest race is Away He Goes after a career-best second in the Al Shaqab Goodwood Cup.

Newmarket trainer Ismail Mohammed plans to break new ground by saddling Away He Goes, his first runner in Australia, in the Flemington showpiece and favours a trip to France for the Prix Kergorlay at Deauville on August 22 as a next target.

Away He Goes, owned by Khalifa Saeed Sulaiman, finished a six-length third to subsequent Gold Cup hero Subjectivist in the Dubai Gold Cup in March, and stepped up on his return fifth in the John Smith’s Silver Cup at York when beaten three and three quarter lengths by Trueshan at Glorious Goodwood.

The three-time winner has only once finished out of the first five in 15 starts, finished second to Logician on debut in 2019 before beating Friday’s Glorious Stakes winner Passion And Glory on his second start. He is versatile regarding ground, giving Mohammed hope that the Melbourne Cup is a suitable target.

He said: “The plan is to go to Australia for the Melbourne Cup, then head back to Dubai for the winter with him. I’ve never had a runner in Australia, so it’s exciting, and I hope we’re going to the right place with the right horse. He’ll go straight to the big race after quarantine over there.

“He’s come back from Goodwood in good shape. He ran very well and surprised us as we were very worried about the ground.

“I was watching the race and two furlongs out he was cruising. I thought ‘Oh, come on, this our day’, but he ran a great race to finish second. He ran some good races in Dubai in the winter and is lightly raced for a five-year-old.

“We’ve always thought he was a good horse and he has just improved with time. He’s entered in the Ebor, which is an option, but he’s more likely to go to Deauville that week instead.” 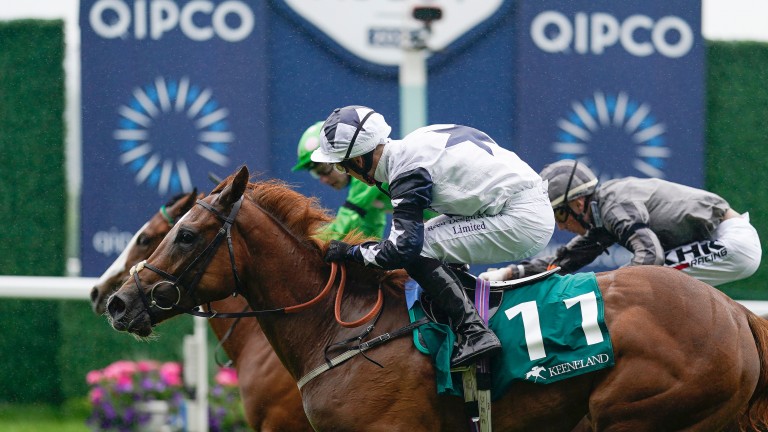 Zain Claudette: stepping up to Group 2 company in the Lowther
Getty Images

Although Away He Goes is unlikely to be in action on the Knavesmire, Mohammed will be represented at York in the Sky Bet Lowther with recent Princess Margaret Keeneland Stakes winner Zain Claudette.

The Saeed H Al Tayer-owned filly cost £20,000 as a yearling last year and took her record to 2-3 in the Ascot Group 3 with a nose victory over Desert Dreamer. She is a best price 7-1 with Paddy Power and Betfair Sportsbook for the Group 2 contest worth £150,000 on August 19.

Mohammed said: “We were contemplating going for a sales race with her but we’re going to run her in the Lowther after talking with the owners. I feel she's something super; we bought her cheaply and she's quality. She has a very good turn of foot and picked up well to win at Ascot.

“We’re a small yard but busy with 46 horses now and everyone is working very hard to get good results on the track, so it’s very rewarding when the horses run well.”

FIRST PUBLISHED 12:00PM, AUG 1 2021
I’ve never had a runner in Australia, so it’s exciting, and I hope we’re going to the right place with the right horse