Three horses who will appreciate the ground at Ascot on Saturday 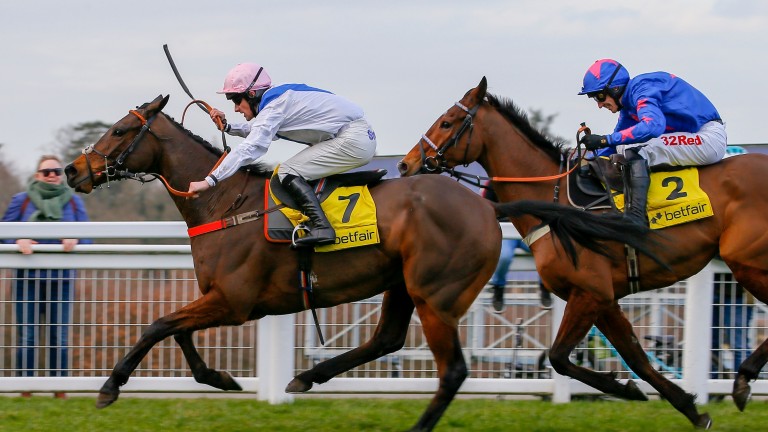 Ascot takes centre stage on Saturday with a seven-race card headlined by the Matchbook Betting Exchange Clarence House Chase (3.35). The ground, which is officially soft, heavy in places, will play an important role, and four Racing Post reporters have selected some key fancies who will relish conditions in Berkshire.

The exploits of Hennessy hero Carruthers and Coneygree, who became the first novice for 41 years to win the Cheltenham Gold Cup in 2015, show how capable Mark Bradstock and his wife Sara are at readying one for the big day, but those achievements could be topped with an even finer training performance if Flintham, from the same mare as that duo, bounces back with a bang on his first start for 1,064 days.

The Kayf Tara gelding has been off since finishing second in a Chepstow novice chase in February 2018, but produced a smart effort when runner-up in the Reynoldstown over Saturday's course and distance the year before that.

Carruthers and Coneygree were fine on testing ground and the dam Plaid Maid won three times when the going was described as heavy, so conditions should suit Flintham.

Two of his four victories have come on heavy and there are no grounds for concern if the Bradstock camp has worked its magic again.

Espoir De Guye is a course-and-distance winner on soft ground and has an excellent chance dropping back to 2m5f. 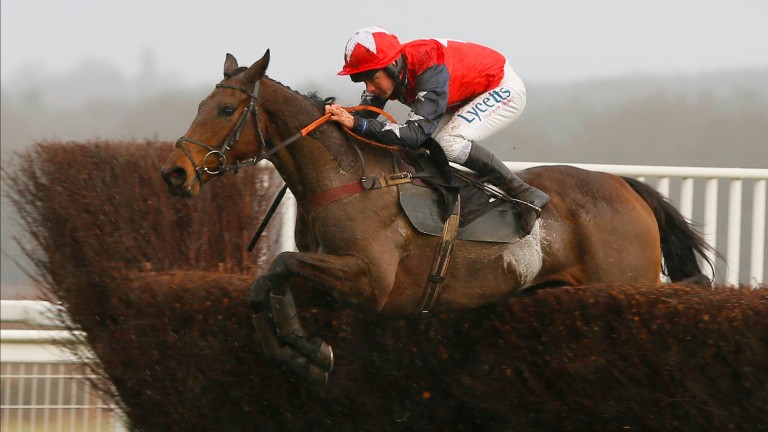 Espoir De Guye: weekend Ascot win could be another step on the road to Graded races
Mark Cranham (racingpost.com/photos)

He was then stepped up to three miles in a competitive handicap at Ascot but struggled to get home and could manage only eighth on heavy ground.

Espoir De Guye is still young and, back at his optimum trip, this could be another step on the road to Graded races.

Rarely has a horse been better named as this mudlark has caused owner Richard Collins and trainer Ruth Jefferson to show excessive self-restraint of late.

Their ten-year-old showed what he could do on soft ground when cruising to a hugely impressive victory in the Ascot Chase nearly three years ago.

He needs give underfoot and has raced just five times since, returning from eight months off to finish third in the Tingle Creek at a muddy Sandown last season.

These testing conditions will be ideal as Waiting Patiently drops back to 2m after his fine second in the King George VI Chase at Kempton on Boxing Day.

FIRST PUBLISHED 11:00AM, JAN 22 2021
Two of his four victories have come on heavy and there are no grounds for concern if the Bradstock camp has worked its magic again

Missing, please help: where are Britain's good chasers after Ascot anti-climax? Ride of the decade contender as ironless Morgan's mount defies high of 499-1 Tiger Roll on course for Cheltenham despite trailing in last behind Beacon Edge Eddie O'Leary: 'I was surprised to have read so much negativity about the run' Saturday reaction: 'He's thrown a grenade into the Champion Hurdle market' Tiger Roll 'absolutely flying' as dual National hero tackles Boyne Hurdle