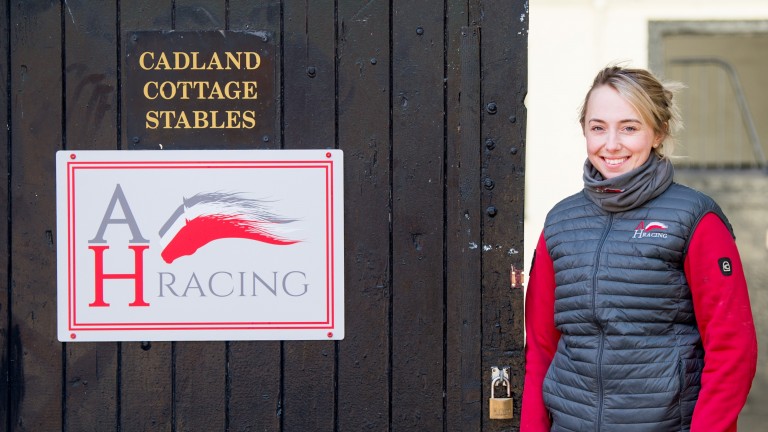 Former apprentice and amateur jockey Alice Haynes has swapped her licence to join the Newmarket training ranks and saddles her first runner, Yuften, in a claimer at Wolverhampton on Monday evening.

The 29-year-old is taking the plunge at Cadland Cottage Stables, which is well situated as it lies at the foot of the iconic Warren Hill training grounds.

Haynes is well travelled having started out in a jumps yard before spending time in Australia and was later apprenticed to David Simcock, riding nine winners between 2011 and 2013.

She later rode as an amateur on the Flat and had three rides over jumps. including a victory on the John Butler-trained Fern Owl in a handicap hurdle at Stratford in 2019.

Haynes said: “Some people may think it’s not the best time to start training with no owners coming in, but I’ve found it very hard to get a yard which has been unheard of in recent years. I’ve spent the last few years doing pre-training for the likes of Roger Varian and William Haggas, but last November I just thought it was now or never as regards training myself.”

Yuften, winner of the Balmoral Handicap in 2016, gets the ball rolling in the Bombardier British Hopped Amber Beer Classified Claiming Stakes (6.10).

Haynes added: “I have a great team behind me and we're starting with around 15 horses, seven of which are two-year-olds. Yuften is a good old stick and just sneaks into the race as his mark has recently dropped to 75, so we’ve had this race in mind for a while for him.”

FIRST PUBLISHED 11:18AM, FEB 22 2021
I just thought it was now or never as regards training myself

Cambridgeshire Handicap preview | ITV Racing tips | Racing Postcast 'On the big stage, he always gets the fractions spot on!' | jockey David Probert Brian Kavanagh: how a bit of cheek at a job interview got him started 'We're having to be a bit more creative' - staff shortages affecting courses Mullins and Healy pay tribute to Kerry legend Donie Sheahan after death aged 95 'The past is the past' - Philip Prince ends 18-month drought after cocaine ban