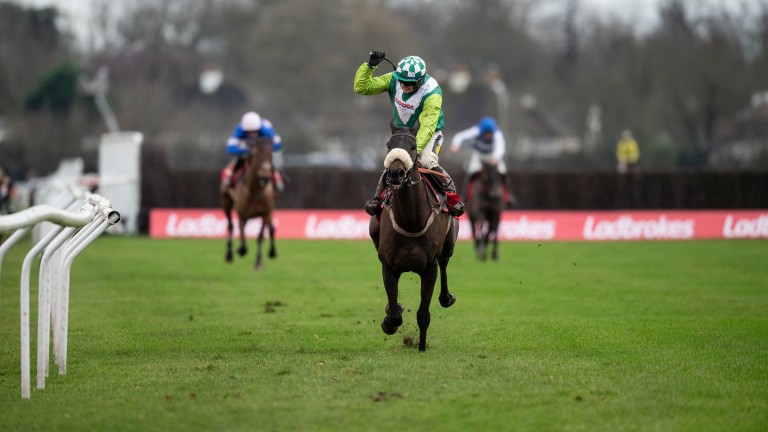 There is no time for Hollie Doyle to reflect on her third-place finish in the BBC Sports Personality of the Year award as she will be hoping to do what she does best by riding winners at Lingfield.

The record-breaking jockey has five rides booked on a card starting at 12.30, with possibly her best chance of victory coming in the 6f nursery (2.35) aboard Little Sunflower.

The day's jumps action comes from Musselburgh, where useful Flat performer Alright Sunshine makes his hurdles bow, while there is also an afternoon all-weather card at Newcastle.

Huntingdon lost its Peterborough Chase card earlier this month due to waterlogging, but there is some compensation in store for the track as they stage the rearranged Listed mares' bumper (2.35) from the abandoned card. 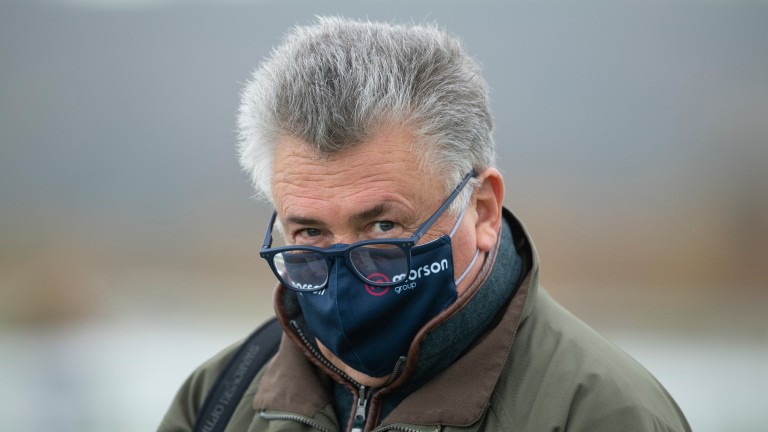 Paul Nicholls: bids to get an important week off to a flyer at Huntingdon
Edward Whitaker (racingpost.com/photos)

Plenty of powerful stables are set to be represented with Paul Nicholls saddling Rainyday Woman, who was an impressive nine-length winner at Stratford in November.

The jumps action in the north comes from Sedgefield, while Lingfield stages another all-weather card.

There is no action in Britain and Ireland as jockeys, trainers, owners and the racing public can rest up and begin to build up their excitement for the post-Christmas extravaganza.

The final declarations will be released at a 78-hour stage for the King George VI Chase and it will be hoped that the fascinating rematch between two Paul Nicholls-trained superstars, Britain's highest rated chaser Cyrname and dual King George hero Clan Des Obeaux, will be confirmed.

However, it remains to be seen whether Irish raiders, such as Monalee, will be able to make the trip after the government in Dublin moved to suspend non-essential travel from Britain.

If you need your racing fix, then there is international action from France at Cagnes-Sur-Mer and Marseille Pont-de-Vivaux as well as from Happy Valley in Hong Kong.

Again there is no racing in Britain or Ireland on Christmas Eve which gives you ample time to indulge in some mince pies, sing some carols or study the form for the Boxing Day action if you're not clued up already.

In France, there is an eight-race jumps card from the southern track of Pau, where the feature race of the day is the Prix De Bayonne, while in South Africa a Flat card is staged at Vaal.

It's Christmas Day! Have a very merry and safe Christmas. The excitement will really build for Boxing Day, but if you cannot wait to watch racing again, then there is a seven-race jumps card from Cagnes-Sur-Mer.

It's a Boxing Day unlike any you've known before thanks to the Covid-19 pandemic, but nonetheless you will still have six cards from Britain and Ireland with top-quality action to sink your teeth into. There is no need to move an inch from the sofa.

The undoubted highlight comes from Kempton in the King George VI Chase (3.00) where Clan Des Obeaux bids for legendary status by taking the Grade 1 spectacular for a third time. However, his stablemate Cyrname is back to exact revenge from his 21-length defeat in last year's renewal and looked better than ever when winning the Charlie Hall Chase on his reappearance. 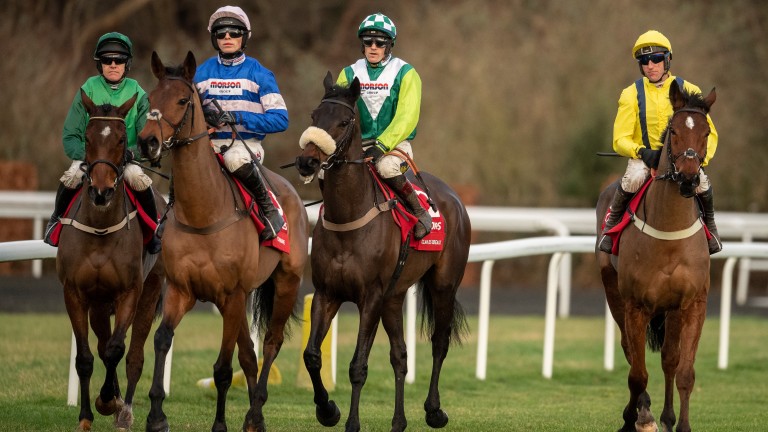 Cheltenham Gold Cup third Lostintranslation and Irish raider Monalee could add extra spice to what should be a festive cracker.

Elsewhere, the dominant Epatante bids to defend her Christmas Hurdle crown (2.25), while the top-level action on the card also features the Kauto Star Novices' Chase (1.50).

The Grade 1 action on St Stephen's Day in Ireland begins with a bang as Asterion Forlonge could lock horns with Felix Desjy in the Racing Post Novice Chase (2.15) at Leopardstown.

However, the former also holds an entry in the Faugheen Novice Chase (2.35) at Limerick – named in honour of the Willie Mullins-trained legend who brought the house down when landing the race last year. His stable companion and Albert Bartlett Novices' Hurdle winner Monkfish could step up to top level over fences in the contest.

The Grade 3 Rowland Meyrick Chase (2.05) is the feature contest on Wetherby's card, while Wincanton and Wolverhampton round off a busy day.

Just like the day before, no spectators will be allowed at Kempton nor Chepstow. The Welsh Grand National (2.50) takes centre stage with Secret Reprieve well-fancied to back up his recent course win in the trial this month. He will face plenty of tough opposition in the traditional stamina slog, and there is also Grade 1 action on the card with the Finale Juvenile Hurdle set to be contested by some of the season's top youngsters. 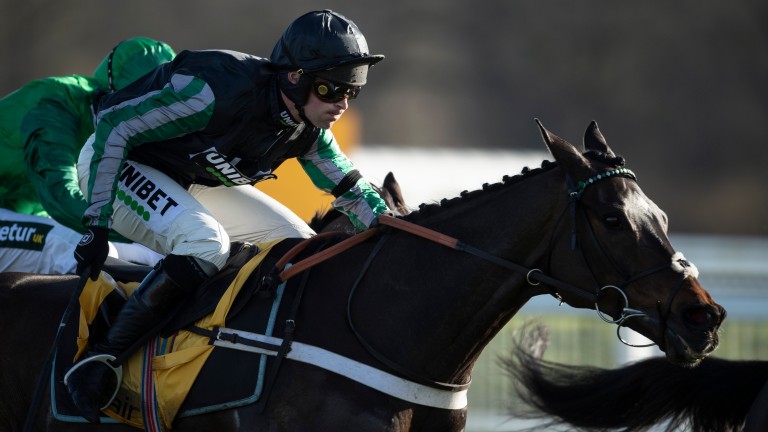 Altior: could make his seasonal reappearance in the Desert Orchid Chase
Edward Whitaker

Kempton stages the second of its two-day King George meeting where the highlight is expected to be Altior, who will bid to regain the Grade 2 Desert Orchid Chase.

He will face a stern test on his hotly-anticipated return, though, with Arkle winner Put The Kettle On likely to be among the opposition in what will be a cracking precursor to the Queen Mother Champion Chase.

Shishkin has been claimed by many to be the heir to Altior's throne and may take up his engagement in the Wayward Lad Novices' Chase, while Chacun Pour Soi bids to stake his own Champion Chase claims at Leopardstown.

Wetherby also stages the second of its two-day meeting along with Flat action from Wolverhampton.

FIRST PUBLISHED 8:04AM, DEC 21 2020
Clan Des Obeaux bids for legendary status by taking the Grade 1 spectacular for a third time. However, his stablemate Cyrname is back to exact revenge