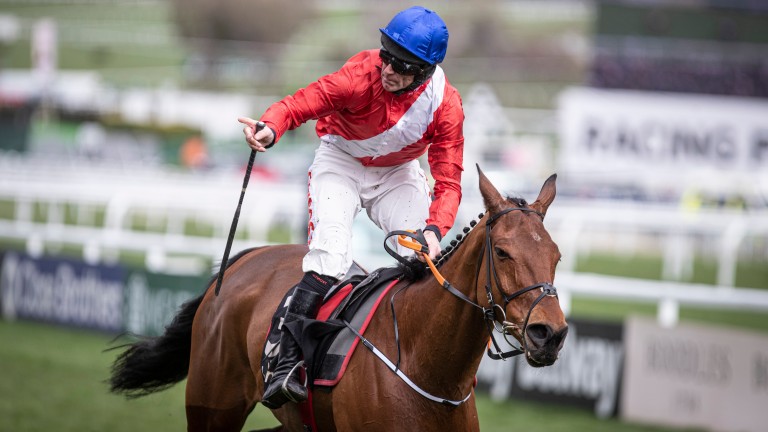 Elite sport would be permitted behind closed doors in England under Labour leader Sir Keir Starmer's suggested 'circuit breaker' lockdown, mirroring the announcement on Wednesday that new restrictions in Northern Ireland would not impact on professional sport.

The news was greeted with relief by officials at Down Royal and also by Gordon Elliott, who is set to run a number of his star performers, including the unbeaten Envoi Allen, at the two-day meeting at the end of this month.

Proposals for similar lockdown restrictions in England were dismissed on Wednesday by prime minister Boris Johnson, who stood by the new three-tier system introduced on Monday to combat Covid-19. However, speaking at Prime Minister's Questions, Johnson did not entirely dismiss making changes to the government's approach, saying in response to the opposition leader: "I rule out nothing in combating the virus."

The Racing Post understands that Labour's 'circuit-breaker' plan, which adopts suggestions made by the Scientific Advisory Group on Emergencies (Sage) in published documents released this week, does not call for elite sport to stop in its current behind-closed-doors guise. 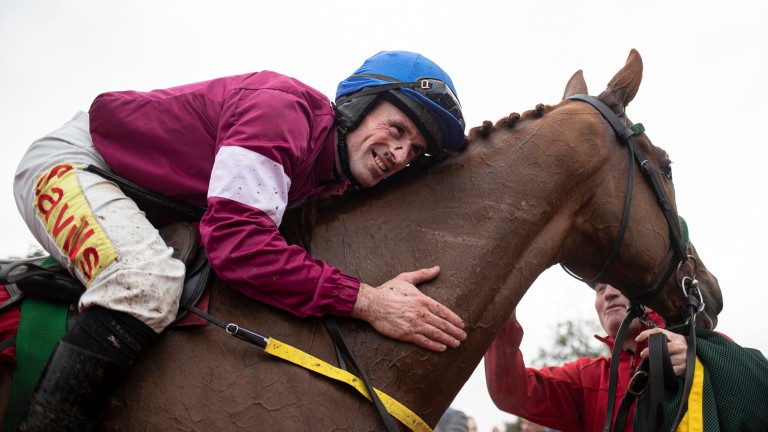 Commenting on the government's latest restrictions, a BHA spokesperson said: “British racing has worked with Public Health England and the UK government to design detailed Covid-19 secure protocols to allow British racing to continue safely. Those protocols have allowed us to run around 450 fixtures with no evidence of onward transmission of Covid-19 at race meetings to date.

"The decision announced by the government this week permits professional sport to continue at all three levels of restrictions. With that permission in place, we can continue to operate safely, protecting the health of participants and local communities, across all areas of the country.”

Racing in Britain returned behind closed doors on June 1, and there is a keen desire for spectators to be allowed back as soon as possible, with pilot schemes successfully taking place at Warwick and the first day of Doncaster's St Leger festival.

The issue was discussed at Wednesday's Digital, Culture, Media and Sport select committee, although racing was not specifically referred to during the two hour-plus meeting.

Culture secretary Oliver Dowden was quizzed on the topic more than once, and said: "We'd had the pilots, they had been successful and we were ready to go from the start of October.

"We had to pause because of where we are with the disease and the rapidly rising rates of infection. When we get to the point where we have got the disease under control I would rapidly return to this decision [of allowing crowds back]."

There were fears the new restrictions due to escalating coronavirus cases in Northern Ireland might put the Down Royal meeting on October 30 and 31 in doubt.

However, the stricter measures announced by Northern Ireland's first minister Arlene Foster and deputy first minister Michelle O'Neill at Stormont on Wednesday, which come into force on Friday and will last for four weeks, will not affect elite sport and it is also understood betting shops in Northern Ireland have not been asked to close.

Down Royal manager Emma Meehan-McCoy revealed she was so worried about Wednesday's announcement she started to put together a contingency plan to reschedule the fixture.

She said: "I was very concerned this morning [Wednesday], like everybody else, as we knew the restrictions were going to be heightened, but we didn't know how it was going to affect us here at Down Royal.

"I was trying to come up with a contingency plan to see if we could get the meeting rescheduled for another date as we couldn't afford to lose this meeting. We really couldn't. Thankfully, we didn't have to react in that way."

While there will be no crowd at Down Royal, Meehan-McCoy revealed ITV will show the feature Ladbrokes Champion Chase on October 31 on its main channel for the second consecutive year.

She said: "It's a shame we won't have the public here. It's a huge meeting for the whole of the island of Ireland and it's frustrating that racing fans won't be able to see something special live at the track.

"Thankfully, holding the meeting behind closed doors means that people can still have visual enjoyment on television and we are thrilled that ITV is going to broadcast the Ladbrokes Champion Chase for a second year in a row.

"We are blessed that the entire card on both days will be fully sponsored and we owe a debt of gratitude to all our sponsors for sticking with us. There is going to be some fantastic racing to enjoy." 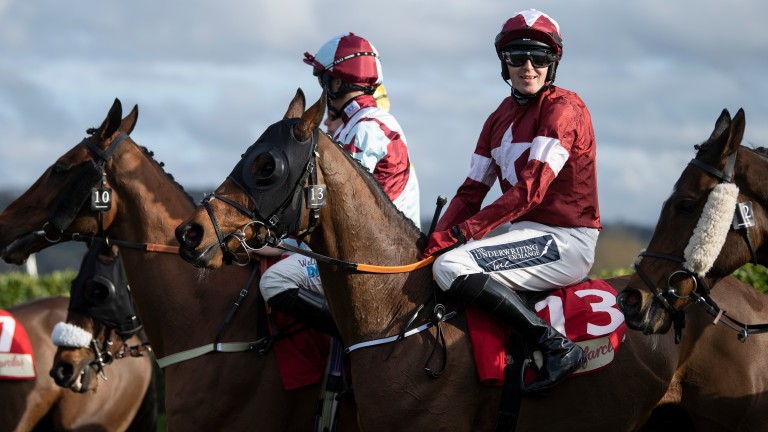 Tiger Roll: could line up in Down Royal Champion Chase
Edward Whitaker

There is huge anticipation revolving around Envoi Allen's chasing debut at Down Royal and other big names from the Elliott stable expected to line up include Delta Work, Presenting Percy and Tiger Roll, who could all clash in the Ladbrokes Champion Chase. Leading Champion Hurdle fancy Abacadabras is on course for the WKD Hurdle.

Elliott said: "We're aiming for a lot of our good horses to return at Down Royal at the end of October. It's something we've done in the past and it's worked for us, so if it's not broken don't fix it."

Talk of a 'circuit-breaker' lockdown, as proposed by Labour and introduced by the Northern Irish administration, will have caused a jolt of panic to course through racing, but Wednesday's events should give a degree of comfort that a return to the total shutdown of the spring remains unlikely at this time.

It is in effect business as usual for racing in Northern Ireland despite its four-week lockdown, as elite sport will continue to take place and betting shops will remain open during the period of heightened restrictions.

In Britain, opposition leader Sir Keir Starmer has positioned Labour as the party of lockdown, pushing for much stronger nationwide measures than the three-tier system unveiled by the government this week.

Yet if Labour's proposal does not entail the halting of elite sport, it must be regarded as unlikely that the Conservative administration, which is anxious to minimise damage to the economy, will opt to go further even if it is forced into tougher restrictions.

The optimistic conclusion is that while betting shops face an uncertain winter, racing itself is likely to be able to continue through the coming months. That will offer all concerned with the industry a vital economic lifeline, and ensure fans and punters once more deprived of many other entertainment options can still look forward to a busy calendar of jumps action – on television at any rate.

Aidan Coleman: without Oaksey House I would have been off for many more months

FIRST PUBLISHED 12:03PM, OCT 14 2020
We're aiming for a lot of our good horses to return at Down Royal at the end of October. It's something we've done in the past and it's worked for us

O'Keeffe in shock at 'scary' rivals as Sam Spinner starts on Gold Cup trail 'These horses need to race' - Dickin calls for more opportunities at lower end The five best festival bets to emerge over a fascinating weekend Beauty and the beasts: salon shut but stable flying as Lewis eyes super six What's on this week: Cyrname among host of jumps stars ready to dazzle I would love to show ministers how safely we operate, says Cheltenham boss