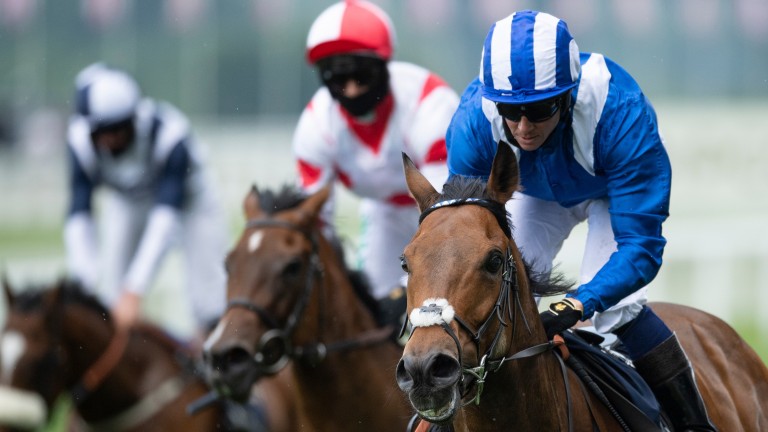 Frankie Dettori has picked up the ride on US raider Extravagant Kid in Tuesday's King's Stand at Royal Ascot after Ryan Moore switched to Keep Busy.

Moore had been expected to continue his partnership with the Brendan Walsh-trained sprinter following their Group 1 success in the Al Quoz Sprint at Meydan in March.

However, there was a shake-up in jockey bookings for Group 1 sprint, with Moore booked for the Doreen Tabor-owned Keep Busy and Dettori coming in for the ride on Extravagant Kid.

Walsh said: "Ryan has an obligation to ride the other filly so we had to switch to Frankie and that wouldn't be a bad replacement - especially around there.

"I've known Frankie for a long time, we were at Godolphin together and we've kept in touch since. He's been watching the horse and saw his win out in Dubai. He's happy enough to ride him so hopefully we'll get a bit of luck.

"The horse is doing super since he got over there. He's in great form and hopefully he'll have a good next few days and he'll get a good bit of luck in the race and we'll hope for the best."

All 16 entries stood their ground at Sunday's final declaration stage, including last year's winner Battaash and the Queen's King's Lynn, who was high in the betting for Saturday's Wokingham.

John Velazquez will partner the other US contender Maven for Wesley Ward, while Jamie Spencer gets aboard Arecibo for the first time. 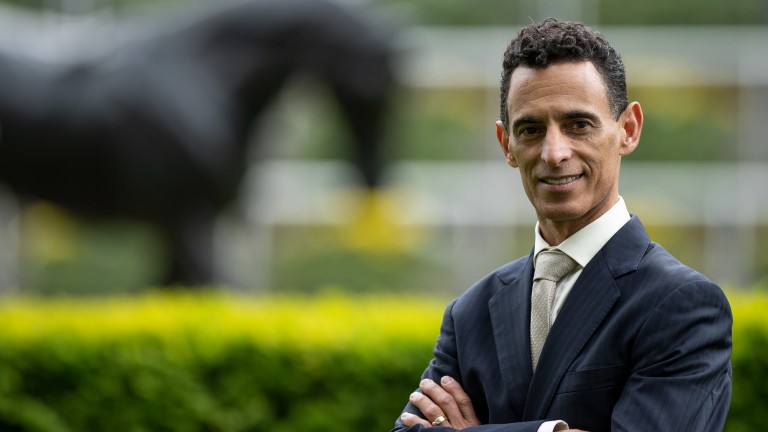 Battaash has not run since winning the Nunthorpe for the second time at York last August, with a winter setback delaying his return.

Winter Power, Oxted and Liberty Beach rate as the main dangers in the betting to Battaash, who is 7-4 favourite with bet365.

Like Battaash, Que Amoro is set to make her seasonal comeback, having not been seen in action since finishing down the field in the Flying Five at the Curragh last September.

The Michael Dods-trained mare missed the Temple Stakes due to the ground and completed her preparation with a gallop at Thirsk this week.

Big thanks to @ThirskRaces for allowing us to gallop Que Amoro this morning.
With her not having had a run ahead of the King’s Stand at Royal Ascot next week, it was really useful to let her have a nice spin up the straight. pic.twitter.com/2fStIlZpkN

Palace Pier, the banker of the meeting for many, faces ten rivals, including past winners Accidental Agent and Lord Glitters, plus the Aidan O'Brien-trained pair Order Of Australia and Lope Y Fernandez, in the Group 1 Queen Anne Stakes, the opening race on Tuesday.

Qipco 2,000 Guineas winner Poetic Flare and the unbeaten Mostahdaf feature among the 13 contenders for the St James's Palace Stakes on the same card.

FIRST PUBLISHED 11:38AM, JUN 13 2021
Moore had been expected to continue his partnership with Extravagant Kid following their Al Quoz Sprint success

Shergar Cup, Racing League and Sunday Series feature in another busy week Racing has its problems and it's up to racing to solve them From wayward afterthought to sprint sensation - it was never dull with Battaash Hills pays moving tribute as 'horse of a lifetime' Battaash is retired Suesa's connections mull over Nunthorpe bid with Abbaye ultimate goal A true icon is a rare beast indeed - but brilliant Battaash is more than worthy