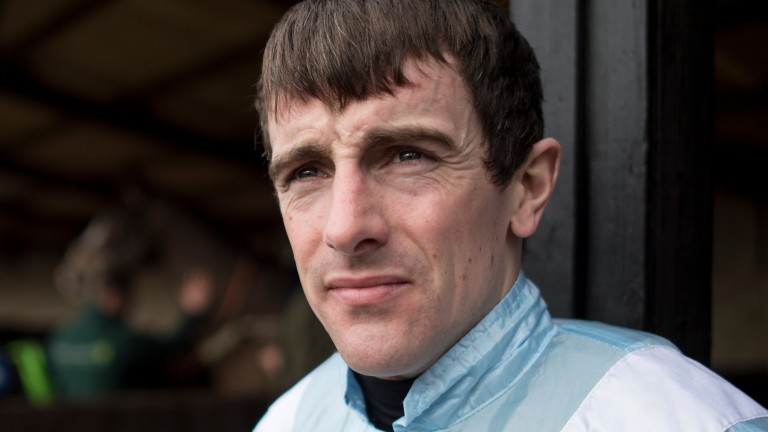 Jockeys' championship leader Brian Hughes missed out on six rides at Sedgefield but leapt to the defence of the Durham course
Edward Whitaker (racingpost.com/photos)
1 of 1
By Andrew Dietz UPDATED 5:04PM, FEB 1 2021

Champion jockey Brian Hughes has leapt to the defence of officials at Sedgefield who drew criticism after Monday's meeting was cancelled following four inspections.

Hughes, based locally to the Durham track, arrived early to walk the course and while he understands the frustration of those travelling from further afield, he felt it was right to give the meeting every chance.

Clerk of the course Michael Naughton pushed back the final inspection to 12.30pm, the original time of the first race, with the meeting set to start an hour later if getting the go-ahead.

Although temperatures dipped to -2C overnight, the early signs were promising following a sunny start, but the skies clouded over and parts of the course were still frozen when the call was finally made to cancel.

Hughes, who had been booked for six rides as he attempted to extend his lead in the title race, said: "Michael and his team did a brilliant job of trying to get the meeting on and conditions were going the right way, but we were beaten by the weather. I was there this morning and saw how it kept improving and have no issue with them giving it every chance.

"You can understand the frustration and some people travelled a long way, but I've driven four hours to Ascot in the past and it's been abandoned, and that's just the way it is. I don't think you can start pointing fingers at anyone as no one will be more frustrated than Michael and the team at Sedgefield. 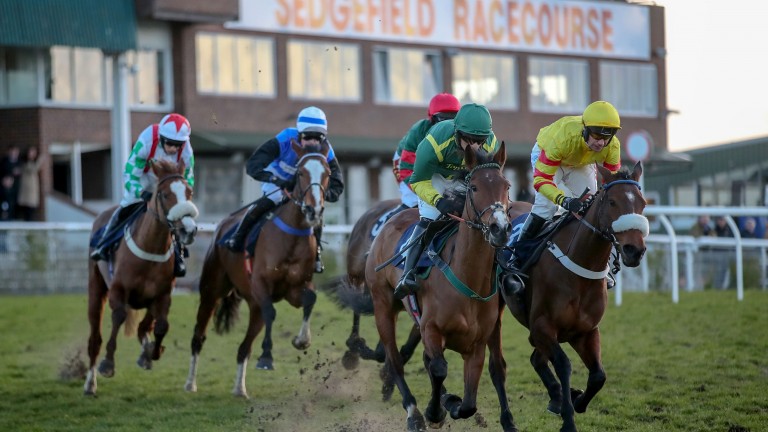 "We've been starved of opportunities in the north for the last couple of weeks now and it's the same in the south, which you can see from the big fields at the jumpers' bumpers meeting. Hopefully we'll get some jump racing on somewhere along the line."

The number of non-runners increased through the day, with the vast majority of the 30 horses withdrawn due to the ground before the time of the 12.30pm inspection.

Conditional jockey Charlie Hammond travelled up from Worcester for one ride, which was taken out just before midday, and expressed his dismay at the handling of the situation.

"You wouldn't have schooled a horse on that ground and there needs to be a decision by a certain time," he said. "It's not just for us but for the stable lads and lasses driving the boxes, particularly in these times with limits on travel.

"My horse was pulled out because of the ground so I get a half fee, but I feel for some of the other jockeys like James Bowen who had a 12-hour round trip."

Should of been abandoned yesterday! A day wasted. #frozesolid https://t.co/DPyO37Scl2

There was a similarly late scenario at Plumpton last Monday, where officials came through a testing and potentially controversial six-race card after repeated inspections delayed the green light until 20 minutes before racing, then low sun completely changed the nature of some races.

Following the decision to scrap the meeting, Naughton said: "We got up to 4C and then the clouds came over and it didn't let the sun get into the ground.

"We gave it every chance and the jockeys and some of the trainers were keen to race, and there was improvement every time we looked.

"We just ran out of time, even after pushing the races back. We did loads of rail movement to push them off the ground that was frozen, but the temperatures went against us.

"There were still some frozen patches by the stands and beyond the last hurdle where the bare parts were and equine welfare is the main concern."

Other jockeys due to be riding at Sedgefield expressed their frustration on social media and Naughton had sympathy for those that travelled to the course.

"I absolutely appreciate the frustration as everybody made the effort and put in the cost, and a lot of people came from a long way away," he said.

Dublin Racing Festival 2021: essential information for the races at Leopardstown

FIRST PUBLISHED 4:10PM, FEB 1 2021
I was there this morning and saw how it kept improving and have no issue with them giving it every chance