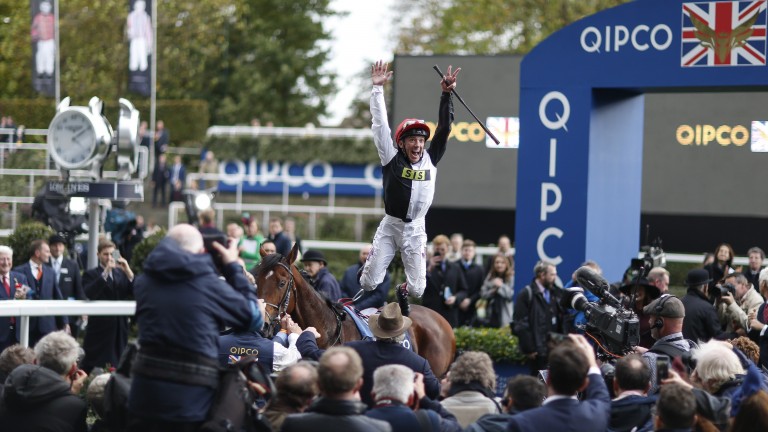 Officials at Ascot expect the track's largest crowd of the year for Qipco British Champions Day on Saturday but they have had to think outside the box to ensure the Flat season finale is adequately staffed.

This week, booking figures were reportedly significantly ahead of those in 2019 and it has been confirmed approximately 25,000 people will attend, dwarfing the maximum of 15,000 racegoers on course for the King George VI and Elizabeth Stakes on July 24.

But due to a shortage of hospitality, cleaning and security staff, which was experienced by a number of tracks last month, Ascot has had to look further afield for agency workers to work at the meeting. The track has not experienced supply issues regarding food and drink.

"The attendance will be around 25,000, which will be by far the biggest crowd on site this year following the maximum capacities of 15,000 this summer," said director of racing Nick Smith.

"Like everyone else, we've had to be resourceful to staff the site appropriately. We've expanded the list of agencies we use and will bring in staff from as far as Liverpool, Cardiff and Brighton."

There has been no need for the track to cap attendance, as it did during Royal Ascot, when 12,000 spectators were allowed as part of a UK government pilot scheme amid the coronavirus pandemic. It also limited ticket sales to the King George in anticipation of late changes to Covid-19 restrictions, which were mostly lifted in July.

British Champions Day would sell around 27,500 tickets in a normal year. Next year, the £10 student ticket offer, which 2,500 racegoers took advantage of two years ago, is expected to be reintroduced.

FIRST PUBLISHED 4:00PM, OCT 13 2021
We've expanded the list of agencies we use and will bring in staff from as far as Liverpool, Cardiff and Brighton