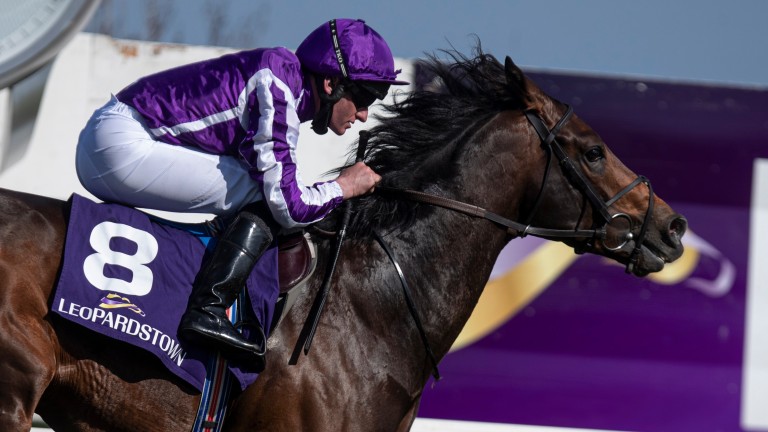 Lope Y Fernandez: on course to be Aidan O'Brien's sole runner in the Lockinge
Patrick McCann (racingpost.com/photos)
1 of 1
By James Stevens 5:00PM, MAY 10 2021

Aidan O'Brien will rely only on Lope Y Fernandez in Saturday's Al Shaqab Lockinge Stakes (3.35) at Newbury after four Ballydoyle runners were taken out at the confirmation stage on Monday.

The four-year-old placed four times at the top level last season and started this campaign with victory in the Listed Heritage Stakes last month. He will bid to give his trainer a third success in the Group 1, which was not run last year due to the coronavirus pandemic.

Order Of Australia, who was a general 5-1 second-favourite on Sunday, is the most high-profile absentee. The Breeders' Cup Mile winner was last seen finishing sixth in September's Hong Kong Mile.

The O'Brien-trained Mogul, Innisfree and Armory will miss the Group 1, while Brad The Brief and Space Traveller were also not confirmed.

Palace heads the market for trainers John and Thady Gosden and the four-year-old is an 8-13 shot with Coral to land his third Group 1.

"Palace Pier was cut to 7-4 following his winning reappearance at Sandown last month but that proved far too big for punters and he's been steadily backed since then. He'll be sent off a very warm favourite on Saturday," said Coral's David Stevens.

The market suggests My Oberon will be his biggest British-trained threat as he bids to follow up his impressive win in the Group 3 Earl Of Sefton Stakes at Newmarket last month for William Haggas.

The ground is good to soft at Newbury but showers are forecast throughout the week. While it is difficult to predict how much rain to expect, clerk of the course Keith Ottesen hopes the going will remain on the easy side of good for the two-day fixture, which starts on Friday.

"We're good to soft at the moment," he said. "We had a couple of early showers on Monday and there's a showery outlook for the rest of the week – most of that will be hit and miss.

"Newbury can dry quite quickly and I hope it balances out through the week so we'll be around the easy side of good or good to soft. That's what it's looking like if we don't get too much rain – there are scattered showers, which are difficult to predict."

FIRST PUBLISHED 5:00PM, MAY 10 2021
The market suggests My Oberon will be his biggest British-trained threat as he bids to follow up his impressive win