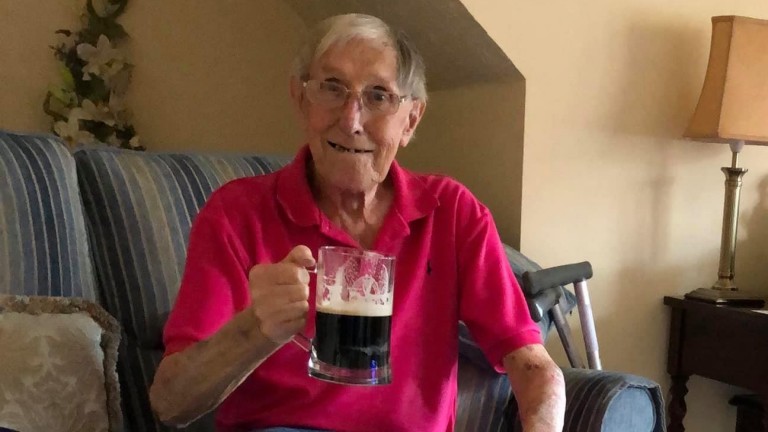 The great and good of racing have paid tribute to long-time jockeys' valet Pat Taylor, who died at home at the age of 86 on Sunday night.

Based in Wolverhampton, Taylor, who had been unwell in recent weeks and had spent time in hospital, was on the circuit for 54 years before retiring and passing the business to his son Phil – the fourth generation of the family to run it.

Grand National-winning trainer Oliver Sherwood described him as a "superstar", while eight-time champion jump jockey Peter Scudamore posted on Twitter: "What a marvellous man he was."

Scudamore's son Tom, now among the senior members of the weighing room, added: "So sorry to hear that. He was a very good man."

Donald McCain and David Pipe, National winners like Sherwood, noted what a kind and lovely man Taylor was – something Lambourn trainer Warren Greatrex concurred with as he described him as "a true gent and such a kind man."

Phil Taylor said on Monday morning: "He spent just over 54 years as a valet and you don't do something for that long unless you enjoy it. There'll be a lot of good stories gone to the grave with him that could never be told!

"There were a lot of fun times over the years and he looked after some good lads."

Taylor, whose own career as a valet has spanned more than 30 years since he started as a 12-year-old on weekends and bank holidays, added: "It's lovely to read all the messages on Facebook and Twitter and there are over 500 comments, which shows just how popular he was.

"It's nice to see how warmly everyone felt about him, not that we didn't know that! He was a father to everybody. Nothing was ever too much trouble for him and he just got on with it.

"Things were much harder in his day and he'd go away for six weeks at a time, packing his bag on Christmas Day, having lunch and then heading off north to do the northern circuit for a while before he came home. He was very dedicated to his profession."

Funeral arrangements have yet to be made for Taylor, who is also survived by wife Sheila.