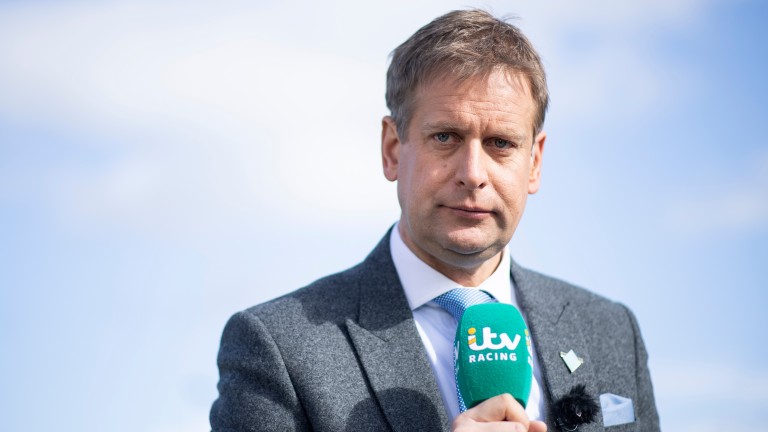 ITV Racing is set to return with a bang next week as the broadcaster has committed to showing 21 live races across next Friday, Saturday and Sunday's Group 1 cards.

In the channel's first live racing coverage since a behind-closed-doors fixture at Thurles on March 21, Ed Chamberlin and his team are set to show seven races each day from June 5 to June 7, highlighted by the Coronation Cup and Qipco 2,000 and 1,000 Guineas.

Chamberlin and regular broadcast partner Francesca Cumani will be joined by Jason Weaver as they deliver the show from home, while the direction and production team of the show are set to use innovative technology in order to adhere to social distancing guidelines.

Commentator Richard Hoiles will be based off site in a booth to call the races, while the Opening Show will also return on Saturday, June 6 on ITV4.

Oli Bell will present that programme from home, with input from Weaver, Hoiles and Matt Chapman.

Friday's ITV4 coverage will show four live races from Newmarket, including the Coronation Cup, rerouted from Epsom, and Lingfield's Oaks and Derby Trials. 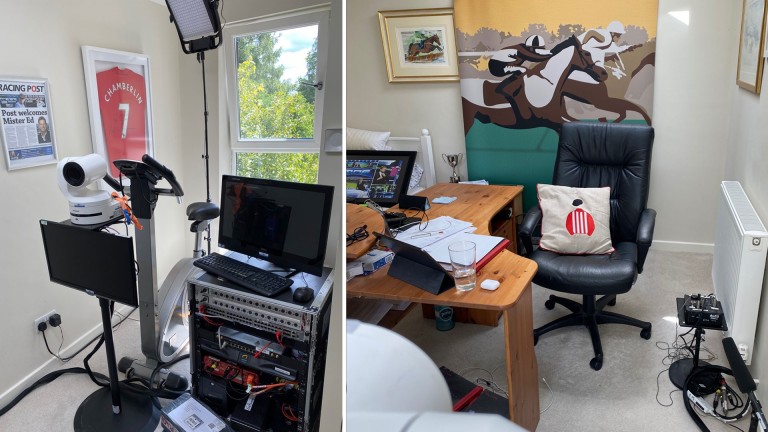 Ed Chamberlin's office at home where he will be broadcasting from

The Qipco 2,000 Guineas will spearhead Saturday's Newmarket coverage on the main ITV channel, as well as the broadcaster showing three contests from Newcastle, including the Sagaro Stakes.

Sunday's action consists of four live races from Newmarket, highlighted by the Qipco 1,000 Guineas, while Haydock will also feature on the broadcast.

The Brigadier Gerard Stakes, which has been switched from Sandown, is one of three contests that ITV will show from that track.

The Opening Show will be shown live on Saturday from 9.30am to 10.30am, while the live racing broadcasts will take place from 1.30pm to 4.00pm on Friday, Saturday and Sunday.

FIRST PUBLISHED 10:40AM, MAY 28 2020
Commentator Richard Hoiles will be based off site in a booth to call the races and the Opening Show will also return on Saturday 6 June on ITV4