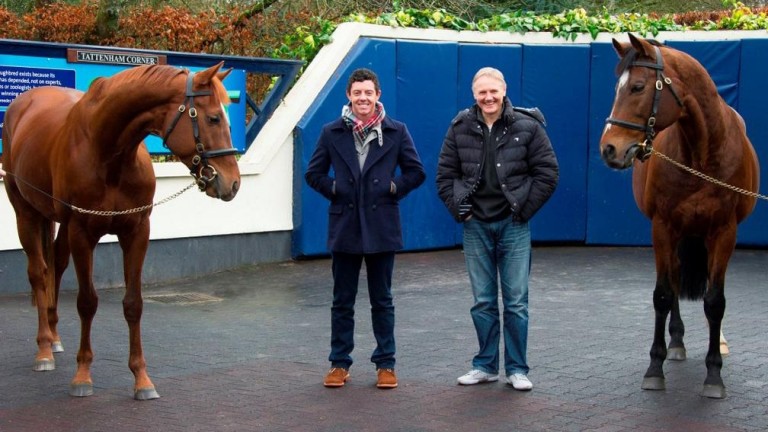 There are few forces on a greater run in racing than Joseph O’Brien, who, fresh from securing his first Irish Derby at the Curragh with Latrobe last weekend, introduces a colt owned by Irish Rugby head coach Joe Schmidt at Bellewstown on Friday.

Cosmic Horizon runs in the opening maiden [5.00] and is a first venture into ownership for Schmidt, a native of New Zealand who enjoyed great success at club level with Leinster before taking over as Ireland boss in 2013.

Speaking about how Schmidt became involved in the yard, O’Brien said: "I've met Joe at a few different functions and things and he’s obviously a very big racing fan. We’re privileged to have him on board and hopefully we can have a bit of fun with the horse.

"It all helps in driving interest in the sport. This is the only horse Joe has owned so far and he's been working very nicely. We’re very hopeful he can run well for him on debut."

After winning the Heineken Cup in his first year with Leinster in the 2010-11 season, Schmidt recorded back-to-back European titles in 2012 before signing off by guiding the club to victories in the Amlin Challenge Cup and Rabo Direct Pro12 in 2013.

Schmidt, who will not be at Bellewstown to see Cosmic Horizon run as he is currently in New Zealand, has won three Six Nations championships with Ireland since 2013, and his green and black racing silks, which will be worn by O’Brien’s brother Donnacha at Bellewstown, reflect his dual citizenship.

Schmidt is not the first rugby star to have horses in training with O’Brien. Irish legend Ronan O’Gara has enjoyed plenty of success with the 25-year-old in recent years, while a number of current players – Conor Murray, Keith Earls and Andrew Conway – are involved in the Rugby & Racing Syndicate who own Chateau Conti and Apparition.

FIRST PUBLISHED 4:10PM, JUL 6 2018
We’re privileged to have him on board and hopefully we can have a bit of fun with the horse