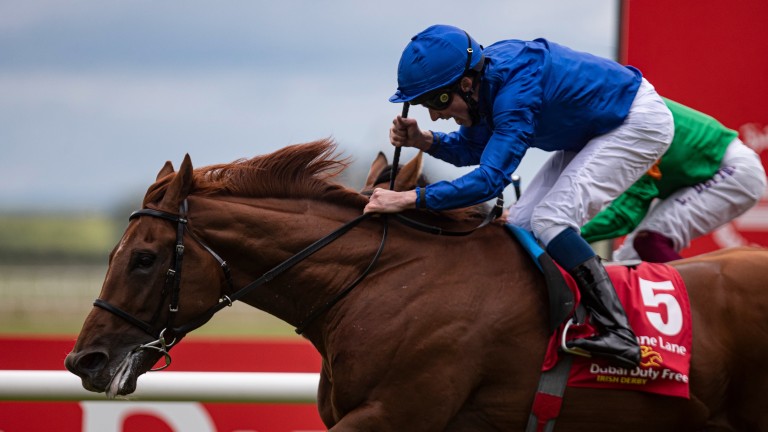 Hurricane Lane: Irish Derby winner has been supplemented for Wednesday's race at Longchamp
Patrick McCann
1 of 1
By Racing Post staff UPDATED 11:37AM, JUL 10 2021

Irish Derby winner Hurricane Lane and Alenquer, successful in the King Edward VII Stakes at Royal Ascot, have both been supplemented for the Group 1 Grand Prix de Paris on Wednesday.

The €15,000 fee, which has also been paid for the Andreas Wohler-trained Northern Ruler to compete in the 1m4f contest, brings the potential field to 12 for the race at Longchamp.

Aidan O'Brien, who has trained the last three winners, has Sir Lamorak, The Mediterranean and Wordsworth still engaged.

This year's Irish EBF Ballyhane Stakes is set to raised much-needed funds for the children’s charity Barretstown, with those supporting the fundraiser in with a chance of winning a €5,000 holiday voucher.

Naas has launched a partnership with Barretstown, which lost over €1 million in fundraising revenue due to the Covid-19 pandemic. A minimum donation of €5 is being sought through a recently launched JustGiving page, with each individual contribution placed in a draw and assigned a horse in the Ballyhane Stakes, a €300,000 event for two-year-olds run on August 2.

The person assigned to the winning horse will be presented with a €5,000 holiday voucher from Hannon Travel.

Barretstown's corporate account manager Caroline Tobin said: "We had to cancel or postpone many of our key fundraising initiatives. These events provide crucial income for Barretstown, which relies on the public to provide 97 per cent of the funds that make our work possible. 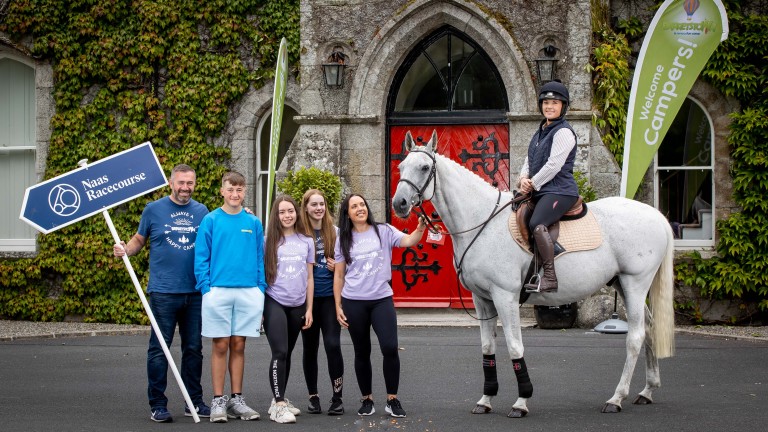 "We are lucky to have the support of Naas Racecourse, the Irish EBF and Ballyhane Stud and we are delighted to be the recipient of the funds raised from the €5,000 holiday voucher draw. The funds raised will be used to welcome more children and families living with a serious illness to Barretstown."

Naas manager Eamonn McEvoy added: "Irish people are amazing drivers of charity and we hope the racing community and people of Ireland get behind our ‘Naas race for Barretstown children’ fundraiser."

The fundraiser will close on July 28 at 12 noon, with the 24 finalists announced on July 30. Those who make an anonymous donation will not be entered into the draw. Click here make a donation.

One of the two RaceTech cameramen injured in an incident at Hamilton last week has been discharged from hospital.

Robbie Cotgrave, along with colleague Kit Campbell, fell from a cherry picker on to the roof of a RaceTech truck before racing began on Tuesday, June 29. Cotgrave has now been released although his colleague remains in hospital for further treatment.

RaceTech spokesperson Kate Hills said: "We are pleased to pass on the news that our two injured camera operators are making progress in their recovery from their injuries sustained in the incident at Hamilton last week.

"Robbie Cotgrave has now been discharged from hospital to continue his recovery at home. Kit Campbell remains in hospital for further treatment."

An extra £200,000 will be up for grabs during the inaugural Racing League, with the additional prize-money set to be split between trainers, jockeys, owners and stable staff.

The new weekly racing competition, which starts on Thursday, July 29 at Newcastle, will feature teams of between two and four trainers, three jockeys and a squad of 30 horses competing over six weeks, with £1.8 million previously pledged to the competition.

Jeremy Wray, CEO of the Racing League, said: "We are thrilled that Racing League will contribute over £2 million of new money in its first year, which we believe will provide an enormous boost for the sport."

Charlie Hills, who teams up with fellow Lambourn trainers Clive Cox, Ed Walker and Jamie Osborne, added: "Extra prize-money is always welcome, especially at a time when racing needs it most. At £50,000 per race, the stakes have gone up a notch."

Dr Adrian McGoldrick has labelled the Irish Community Air Ambulance "the difference between life and death" after it was revealed the Jockeys Emergency Fund (JEF) has donated €50,000 to the service.

The JEF also committed to further donations of €50,000 per annum for the next four years, bringing the total amount committed to €250,000.

Ireland's first and only charity-funded Air Ambulance was officially launched on July 30, 2019. Based out of North Cork, Irish Community Air Ambulance (callsign Helimed92) works in tandem with the National Ambulance Service and responds to the most serious trauma and medical emergencies.

In its first full 12 months of service, nearly 500 missions were completed and last week the service achieved a significant milestone as it received its 1,000th tasking from the National Ambulance Service.

McGoldrick, speaking on behalf of the JEF said: "I have seen first hand the work that the Air Ambulance does and the ability of the service to reach an injured rider quickly can sometimes be the difference between life and death."

Philip McLernon, speaking on behalf of the trustees of the JEF, said: "We are delighted to be able to make this donation to the Irish Community Air Ambulance Service and to commit further donations over the next four years. They do amazing work and have provided great assistance to racing in the past few years."

A revised plan for round course races on British Champions Day has been announced, with racing switched to the inner course if heavy is in the going description on raceday

The outer course will remain the default track, but the revised plan replaces the current rule which stipulates the inner course, used in 2019, is only considered in an abandonment situation. An independent panel will assess the ground before any switch is confirmed.

Nick Smith, director of racing and public affairs at Ascot, said: "Using the cambered outer course with wider bends is obviously the ideal on Qipco British Champions Day. However, following discussions with the BHA, there is agreement that racing on heavy ground, if it can be avoided, is best for the day as a whole.

"Importantly, we are not setting out to penalise horses that prefer cut in the ground, which more often than not will be the prevailing conditions in autumn. In all likelihood, when heavy is in the going description on the outer course the inner course will still be predominantly soft.

"Given the potential sensitivity around a switch of surfaces in a marginal situation, Chris [Stickels, clerk of the course] has recommended that an independent panel verifies his assessment on the day."

FIRST PUBLISHED 4:32PM, JUL 2 2021
The funds raised will be used to welcome more children and families living with a serious illness to Barretstown