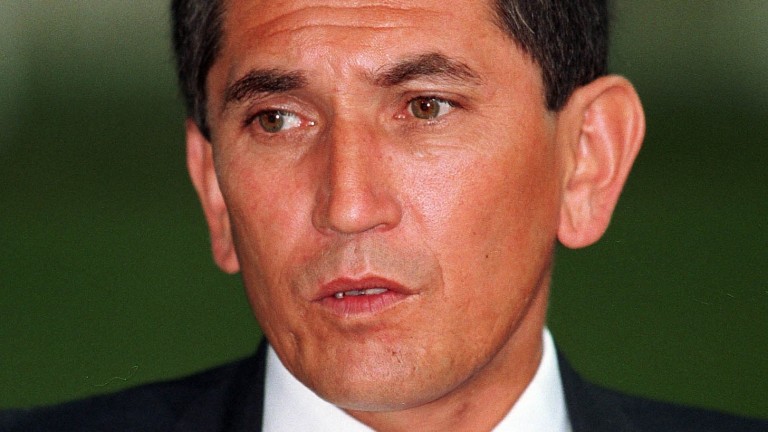 John Matthias, who enjoyed multiple Group 1 success in the 1980s, has died after a long illness. He was 64.

The former stable jockey to Ian Balding was best known for his association with Glint Of Gold who, despite racing in the era of Shergar, to whom he was second in the 1981 Derby, won four Group 1 races under the jockey.

Born in Islington, London, Matthias moved to Balding's yard in Kingsclere when still school age. He rode his first winner on Garden Games at Beverley in 1972.

He was to become an important cog in the Balding operation and in 1979 made his Group 1 breakthrough when guiding Mrs Penny to victory in the Cheveley Park Stakes. The following season they won the Prix Vermeille together during a campaign that also included big-race wins on Leap Lively and Robellino.

Matthias won the 1980 Gran Criterium on Glint Of Gold as the colt emerged as a likely Derby candidate but at Epsom they were no match for Shergar, who won by a record margin of ten lengths.

With Glint Of Gold having finished well to take a clear second Matthias was reported to have said after crossing the line: "I thought I'd won. Shergar had gone so far clear I didn't see him."

Recalling that interview, Balding said on Sunday: "That was lovely. Glint Of Gold did get a bad start and came from a long way back. I'm sure John did see him."

Despite Matthias's success on Glint Of Gold, subsequent defeats on the Paul Mellon-owned horse led to his being replaced and eventually losing his job as Balding's first jockey.

He continued to ride for the yard and towards the end of his career in Britain secured Group 1 victories on Silver Fling in the 1989 Prix de l'Abbaye and Dashing Blade in the Dewhurst Stakes.

Matthias spent two seasons riding in Hong Kong and on his return accepted a role with Sheikh Mohammed in Dubai, where he rode until a gallops injury forced his retirement in 1993, after which he trained from Desert Stables for five seasons.

He returned to Britain to work at Kingsclere and had two seasons training in Newmarket before he fell ill and was diagnosed with chronic obstructive pulmonary disease (COPD), eventually undergoing a double lung transplant. He had recently moved to Ludlow before being admitted to Queen Elizabeth Hospital in Birmingham, where he died on Friday.

'He never gave up and kept coming back'

Matthias's daughter Laura Richards said: "Dad was on the transplant list for 346 days. The Queen Elizabeth lung transplant team were amazing. They obviously saved his life and if it hadn't been for the donor family Dad would not have survived Christmas, having had the transplant in October 2015. He was given a miracle.

"For two and a half years after the transplant he was in hospital for 14 months on and off because he had so many infections. He was so strong fighting after being in critical care four times. He never gave up and kept coming back."

Paying tribute to Matthias, Willie Carson said: "We had some good times together at Ian Balding's. He never hit the big headlines but he was a reliable top jockey. He was very likeable and I would imagine you'd not find many people to say too much wrong about John."

Michael Hills said: "John was about Pat Eddery's age, so about ten years in front of me, and a senior jockey when I came in as an apprentice. He was first jockey to Ian Balding. He was a thorough gentleman to ride against and a very good jockey.

"When I got to know him quite well was when he trained in Dubai for Sheikh Mohammed, right next door to where Kiaran McLaughlin used to train. I used to ride a few winners for him – he had about 30-40 horses.

"We were all together in the Trade Centre apartments and he was a really nice person. He was a good trainer who knew his stuff and was always a good person to go to for advice."

Matthias, who was divorced from his wife, had two children, Laura Richards and Katie Matthias, and five grandchildren.

FIRST PUBLISHED 5:08PM, MAY 27 2018
He was very likeable and I would imagine you would not find many people to say too much wrong about John