Gilligan warned off for six months over flapping case 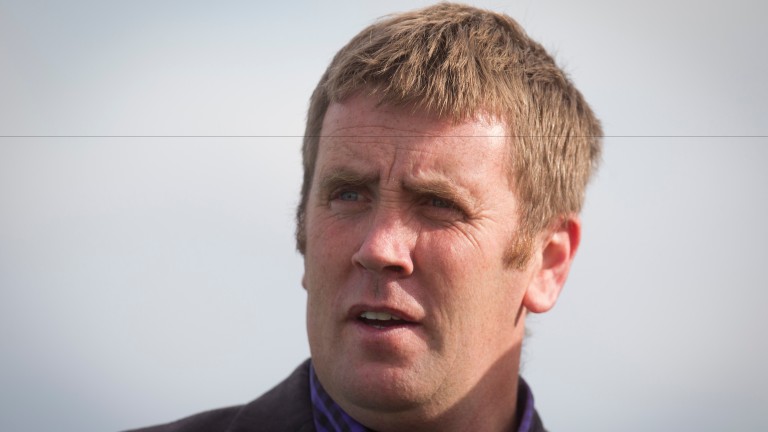 Paul Gilligan: Turf Club has agreed to reciprocate penalty imposed by BHA
Patrick McCann
1 of 1
By Jon Lees 9:10AM, DEC 21 2016

Cheltenham Festival-winning trainer Paul Gilligan was on Monday disqualified for six months for a second time after he was found guilty of running an unqualified horse in a race at Uttoxeter two years ago.

A rehearing of a case first heard in April found Gilligan had breached the rules in sending Dubawi Phantom to win a handicap hurdle at the Midlands track in June 2014 after running the horse at an unrecognised meeting in Ireland under an alias.

The trainer, from Athenry, County Galway, was found guilty of the same offences and disqualified for six months at the previous hearing, but the findings had to be quashed over an appearance of bias because Matthew Lohn – who also chaired the original Jim Best case – headed the BHA disciplinary panel.

Gilligan, who won the 2010 Albert Bartlett Novices' Hurdle with Berties Dream, declined to comment on the outcome and a sentence that is stiffer than the six-month suspension Best received last week for ordering Paul John to stop two horses.

The penalty imposed by a new panel chaired by Patrick Milmo QC came into force immediately, with the BHA set to ask the racing authorities in Ireland to reciprocate the sentence. However, the trainer will have seven days to appeal from the time the written reasons of finding are published.

Dubawi Phantom ran four times for Gilligan, winning at Uttoxeter under Richard Johnson, until concerns were raised at the 2014 Galway festival, when he was withdrawn from that meeting pending an investigation amid allegations he had run at a flapping meeting in Ireland the previous year as a horse called Ayres Rock.

The running of horses who have competed at flapping meetings is regarded as a serious offence on both integrity and welfare grounds.

The BHA said it will make no comment until the panel's reasons are issued.

FIRST PUBLISHED 6:15PM, DEC 19 2016
The penalty imposed by a new panel came into force immediately, with the BHA set to ask the racing authorities in Ireland to reciprocate the sentence