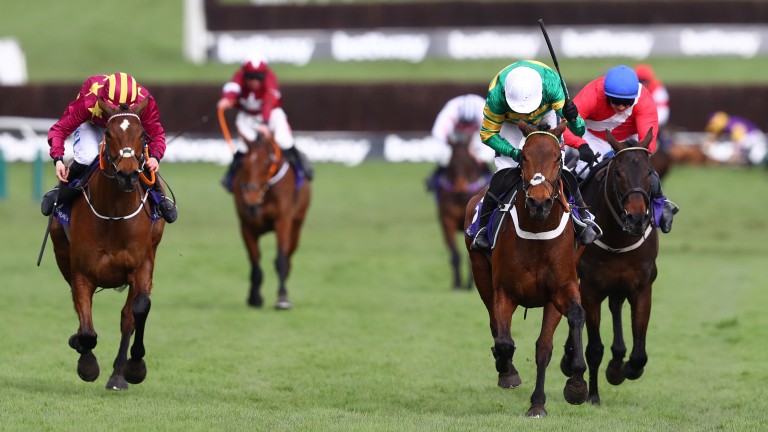 Barry Geraghty has said he never lost hope during Champ's incredible victory at last week's Cheltenham Festival – and now sees him as a serious Gold Cup prospect for next season.

Champ looked to have no chance during the closing stages of the RSA Chase and was matched at 400 in-running on Betfair, but he came from the clouds to beat Minella Indo and Allaho in the final stages.

Speaking to the Racing Post for an interview in Sunday's newspaper as he self-isolated back home in Ireland, Geraghty revealed he had been saving the eight-year-old for that astonishing final surge up the hill. 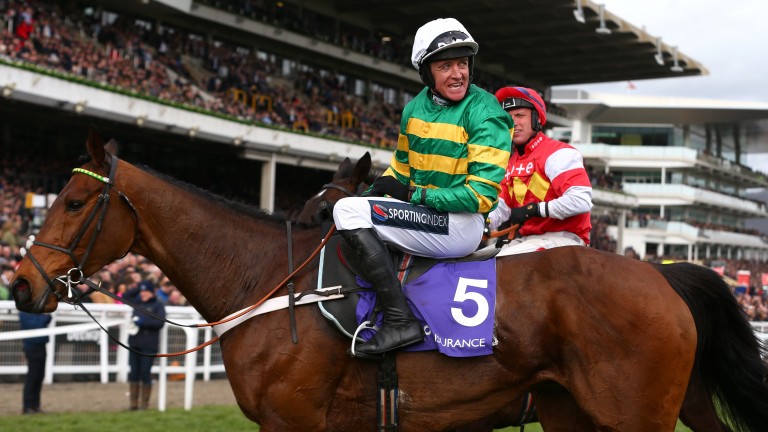 "I'm always the optimist, so I hadn't given up. It was a bit like Bobs Worth's Gold Cup, when AP [McCoy, on Sir Des Champs] and Sam [Waley-Cohen, on Long Run] kicked on down from three out. You know that if you commit all at that point, you'll have nothing left for the death. It was like that.

"Champ was a bit slow away from three out, the two in front of me got away, and I'm trying to coax him into it. I was still coaxing at the back of the second-last, trying to save that final kick and see what we have.

As for the future, Geraghty has no doubt the form will work out well and adds: "He has the class and you'd like to think there is improvement to come in his jumping. If he finds any at all, he will have to be bang there in the Gold Cup picture."

Read more from Barry Geraghty in The Big Read, available to members from 6pm on Saturday or in Sunday's Racing Post newspaper. Join Members' Club here

FIRST PUBLISHED 1:11PM, MAR 20 2020
I was still coaxing at the back of the second-last, trying to save that final kick and see what we have