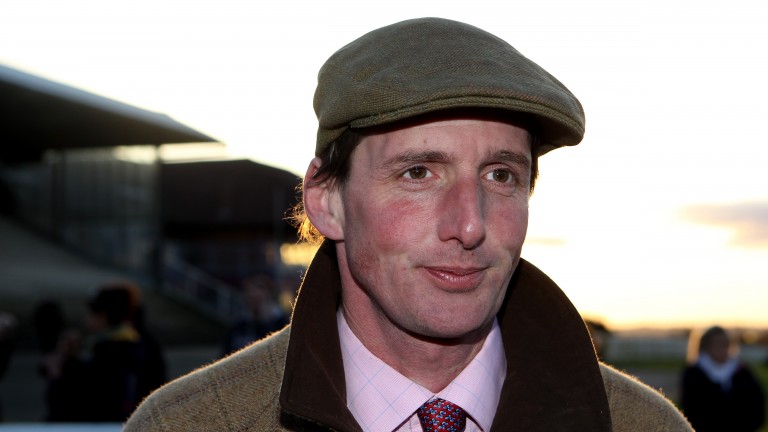 Horse racing: Eddie Hales, who has revealed he is leaving the training ranks to work in Mikey Ryan's restaurant in Cashel
Patrick McCann (racingpost.com/photos)
1 of 1
By Richard Forristal UPDATED 9:09PM, MAY 17 2018

Eddie Hales has often spoken of handing over his horses "on a silver platter" but now he will literally be handing over food on a platter as the man responsible for producing the 2016 Gold Cup hero Don Cossack is swapping racing for restaurants.

In a move that will come as a major shock to most familiar with him, Hales's renowned National Hunt nursery in Dundrum, County Tipperary, is in the final stages of winding down as he prepares to begin work in the John Magnier-owned Mikey Ryan's, a well-known gastropub in the middle of Cashel.

"I've had this itch I've wanted to scratch for a while, and, when the opportunity came up, I put my name in the hat," Hales, 50, explained of the dramatic career change. "I can't wait to start.

"I'm a people person and my brother was a very successful hotelier, so I've always wanted to do the restaurant thing. I will be learning the trade there, starting at the very bottom."

Hales, a charismatic father of three who ran the business with his wife Zoe, sold Don Cossack to Michael O'Leary's Gigginstown firm after the Sholokhov gelding finished fifth on his Punchestown debut in 2011.

"Stevie Wonder could see what he had," he recalls of then outsized embryonic chaser. "It was just a question of making sure I handed him over on a silver platter."

Hales had already sold O'Leary the multiple Grade 1 winner Quito De La Roque and the ill-fated Samain, while JP McManus's Cheltenham legend Spot Thedifference was the first horse he bought and sold on moving to Ireland from England in the autumn of 1996. 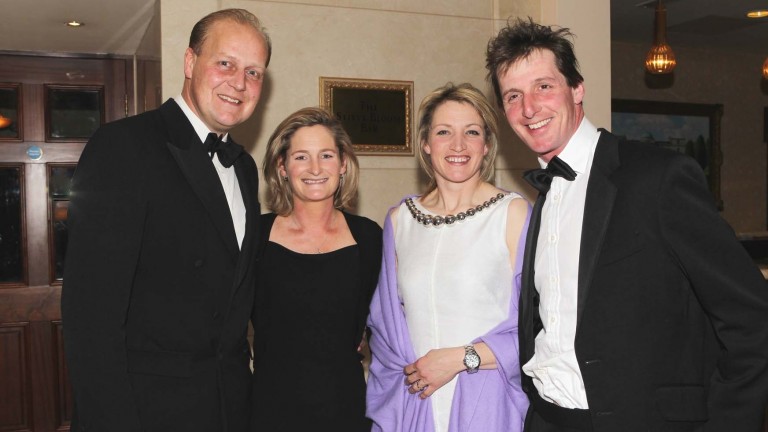 Maguire, now riding out at Ballydoyle, sent out the mighty Denman to win his point-to-point at Liscarroll in 2005 and saddled 93 winners on the track over a 14-year period.

Earlier this year, industry statistics revealed that the number of fully-fledged jumps trainers had dropped below 100 for the first time in a decade, so the departures of Hales and Maguire suggest the contraction continues.

Watson Lake, Vodka Bleu and Bellvano were others Hales nurtured in their youth, while Pizarro and The Bushkeeper were two of his nursery's early Cheltenham festival winners in 2002.

The Hales academy, which never housed more than 25 horses, might have been responsible for three of the 18 winners that year had Adamant Approach not crashed out at the final flight in the Supreme Novices' Hurdle.

A revered judge who served as Kim Bailey's right-hand man when Master Oats and Alderbook were in their prime and who trained Cue Card's dam Wicked Crack throughout her career, Hales's word was his bond. The likes of McManus and O'Leary bought horses off him before they ever ran on the strength of his recommendation.

"It's a pity but he wanted to get out," Gigginstown's Eddie O'Leary said of his departure. "He is a marvellous fellow and a marvellous trainer and he was very straight to deal with.

"He told me Don Cossack was the best horse he'd ever seen through a bridle before he ran the first day for him at Punchestown, where he behaved badly, which he did at times as a young horse.

"But, when it all came together, he was right. To us, Don Cossack was the best horse to look through a bridle."

While viewing his new role as an exciting opportunity, Hales indicated that circumstances have evolved unfavourably for his traditional business model in recent years.

"I'm not disillusioned with horses," said Hales, who has handled 15 Gigginstown babies in each of the two seasons since the firm's split with Willie Mullins.

"I just wanted to do something different. There is a lot of manual labour in horses and we are not getting any younger, and I haven't had many to sell in the last few years. That's what it was always about for me as you don't make any money training horses.

"When the economy went bust, I had bought my property at the height of it, so I just couldn't buy the stock I wanted, and hence I haven't had anything to sell for the last two or three years.

"My business was always selling privately – I never sold at the sales – and I always looked someone between the eyes to sell them a horse. That's how I lived, but there is nearly no such thing as a private sale now as there is [an auction] sale every 15 minutes. Even if I had horses, maybe I would have been left behind anyway because of that. It's not a whinge, it's just the way it is."

Mikey Ryan's, a popular destination for racing folk, backs onto another of Magnier's properties, the Cashel Palace Hotel, a prestigious 18th-century redbrick country house the Coolmore magnate bought for €2.25 million in 2016.

The Cashel Palace was once frequented by Vincent O'Brien and is due to reopen in 2019 following extensive refurbishment.

Hales expects to have his final point-to-point runners for Gigginstown this weekend before embarking on his new venture. "We'll throw the deck of cards up in the air and see where they land," he concluded.

FIRST PUBLISHED 10:15AM, MAY 17 2018
He told me Don Cossack was the best horse he'd ever seen through a bridle before he ran the first day for him at Punchestown