Latest LORD OF THE RING 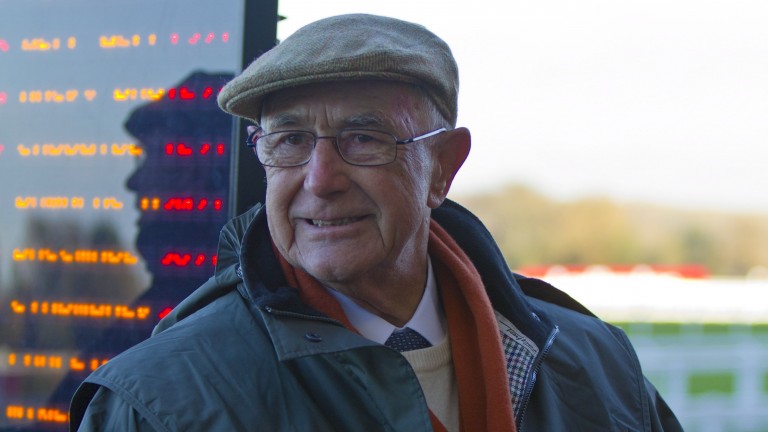 Colin Webster, one of the titans of the rails during an era when the war waged in the ring between punters and bookmakers was at its fiercest, has died aged 89.

Webster, known to his contemporaries as the 'Lord of the Ring', was involved in the sport for over 50 years before his retirement in 2013.

He introduced David Brewer to the industry and the pair worked together for 31 years before Brewer bought Webster's pitches in the north of Britain off him in 2008 and began trading as Fair-Bet Bookmakers.

Brewer on Wednesday fondly remembered his friend and former colleague, and said: "It's a sad day. He was an amazing man and a generous man. He brought me into the game as a teenager and taught me everything I know."

Born in Halifax, Webster was a talented sportsman, playing football and rugby league professionally for the town before bookmaking took over.

"He was in the game all his life," Brewer said. "He built up a chain of betting shops and then sold them to Ladbrokes around 50 years ago and duly retired.

"He then realised he'd perhaps retired a bit prematurely so he came out on course as a rails bookmaker and very quickly established himself as one of the leading independent rails bookmakers in the game at a very high stakes level."

Not afraid to stand a bet, Webster squared off against some of the biggest punters in the sport including Barney Curley, JP McManus and Michael Tabor.

"They were adversaries and that was how the game worked then," Brewer added. "He was one of the bravest, he'd take anyone and everyone on, big or small.

"He was a bookmaker with an opinion and had a very close association for a number of years with Jack Ramsden. They went into battle together. Jack had a fantastic opinion and Colin used that to play the game as a bookmaker and a punter. He kicked with both feet. He wasn't just a bookmaker he was a punter as well."

Webster is survived by his wife Lorraine, sons Alex, Max and David and daughter Lynne. Funeral details will be announced in due course.

FIRST PUBLISHED 3:34PM, AUG 14 2019
He was an amazing man and a generous man. He bought me into the game as a teenager and taught me everything I know