Finalists announced for the 2021 Godolphin Stud and Stable Staff awards 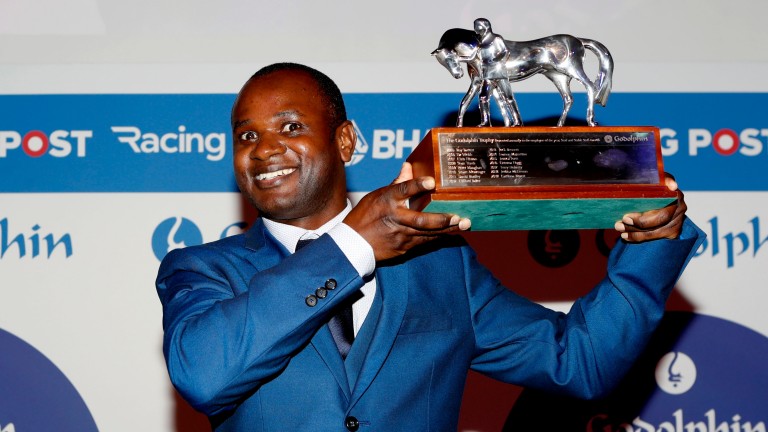 The 18 finalists across the six categories for the 2021 Godolphin Stud and Stable Staff Awards have been announced.

As well as winning their own category, four of the award winners will be in contention for the Employee of the Year award which last year was won by James Frank of Hascombe and Valiant Stud and carries a prize of £10,000.

For the first time in the history of the awards, all those who make the shortlist of ten for each category but do not progress to the final three will also receive £250 each in recognition of their achievement.

From the original 206 nominations received across the racing and breeding industries in November, the lists were whittled down to a shortlist of ten for each award last month.

A final shortlist of three has now been agreed for each category, the judging of which will be different this year due to coronavirus restrictions. Instead of the usual interviews in a London hotel, each finalist will this year take part in a remote judging day on February 22, chaired by Nick Luck.

Later that day, an interactive virtual awards ceremony will be broadcast live and free-to-air on Racing TV hosted by ITV Racing’s Ed Chamberlin.

Instead of the usual awards bash, a celebratory event is being planned for summer 2021, subject to government guidance.

Read more on the Stud and Stable Staff Awards

Brough Scott: How the awards took off - and why I feel so lucky to have been involved (Members' Club)

FIRST PUBLISHED 9:00PM, JAN 5 2021
Instead of the usual interviews in a London hotel, each finalist will this year take part in a remote judging day on February 22, chaired by Nick Luck