Ferdy Murphy: one of the most successful jumps trainers of the last 40 years 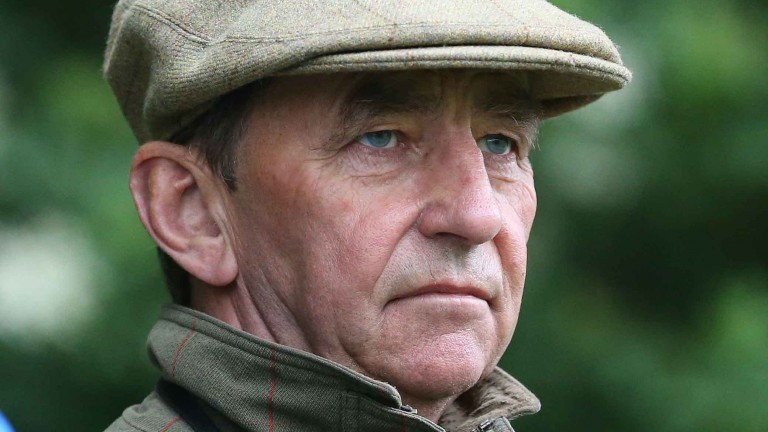 Ferdy Murphy, who has died at the age of 70, was one of the most successful jumps trainers of the last 40 years, with 12 Cheltenham Festival winners to his credit. A key player in Paddy Mullins' yard in the 1970s, he became unofficial private trainer to Bill Durkan, for whom he trained two-mile champion chaser Anaglogs Daughter, and then Geoff Hubbard. 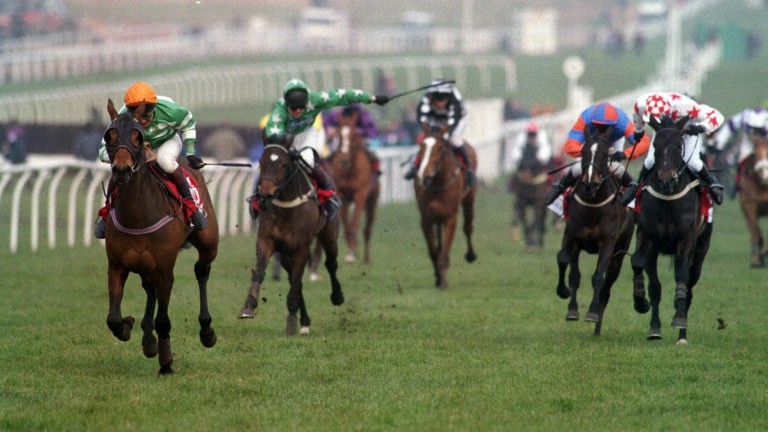 Ferdinand Murphy, a farmer's son, was born in County Wexford on November 6, 1948, and on leaving school was apprenticed to Phonsie O'Brien in Tipperary.

As a professional jockey he won more than 100 races, many of them for Paddy Mullins, for whom he acted as head lad and stable jockey for six years. Mullins' best-ever Flat winner was Hurry Harriet, who upset the great Allez France in the 1973 Champion Stakes.

The trainer said years later: “Ferdy was here in Hurry Harriet's time and he was instrumental in producing the mare to the degree she achieved. He was a top-class man, brilliant at his work, and used to ride over jumps for us.”

Murphy's biggest winner for Mullins was Desu Barker in the 1974 Downshire Hurdle, but the highlight of his riding career was another Punchestown festival winner, the Billy Boyers-trained novice chaser Artistic Prince in the John Jameson Cup in 1977.

Around that time he displayed his shrewdness as a businessman by making plenty of money from a fruit-machine operation. He then joined Durkan at Sandyford, County Dublin, and supervised the training of his horses, although Durkan held the licence.

Their star performer was Anaglogs Daughter, who in 1980 won the Arkle at Cheltenham in dazzling style and four days later was ridden by Murphy himself to an all-the-way success in the Aynsley China Cup at Chepstow. Anaglogs Daughter never achieved the Queen Mother Champion Chase victory she deserved, but her extravagant front-running style made her a public favourite.

Her equally tough stablemate Carrow Boy won a handicap chase at the Grand National meeting in 1980 and ran three times in the big race itself.

In the autumn of 1985 Murphy moved to Suffolk to take up a similar role – unofficial private trainer – with Geoff Hubbard, a businessman who was setting up his own stables at Worlingworth Hall, with himself as permit-holder. The partnership scored a Cheltenham Festival victory in 1987 with Gee-A, ridden by Gee Armytage, in the Mildmay of Flete Chase.

In the summer of 1990 Murphy was granted a trainer's licence, so he now started to receive the official credit for his winners. His first winner as a licensed trainer, Sibton Abbey, went on to land the Hennessy Cognac Gold Cup at Newbury in 1992. A 40-1 shot running from 21lb out of the handicap, he just got the better of that season's Gold Cup winner Jodami. 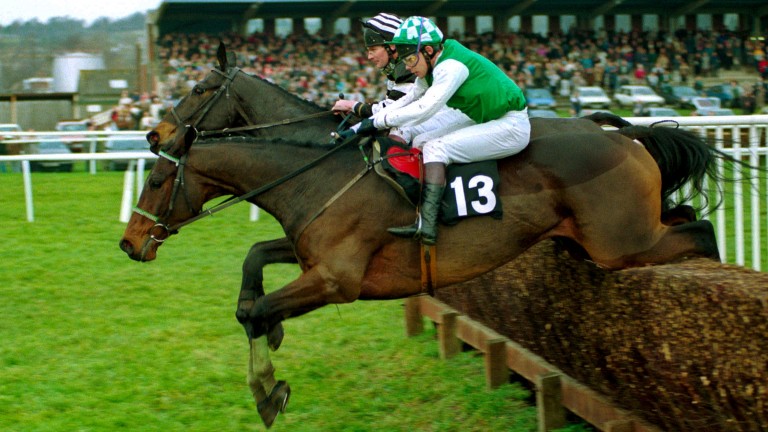 Earlier that year Gee-A, the only horse still nominally trained by Hubbard, had won the Aintree Fox Hunters' Chase, ridden by Murphy's second son Paul. Much later he described that as the best day of his racing life.

The stable's success attracted the attention of other owners, but Hubbard insisted it remain a private operation with no outside patrons.

Murphy therefore left Suffolk in 1994 and set up as a public trainer – first at West Buckland in Somerset, then at Middleham, before splitting with his landlord Robert Ogden and making the short move to Bill Kettlewell's Wynbury stables at West Witton in early 1997.

Of his early days as a public trainer, he once said: “I decided to get away from punting owners because if you were going to be able to tell an owner his horse would win, you had to make sure it was well handicapped and you were on a very slippery slope, because there were a lot more cameras and some shrewd people on the Jockey Club.”

Soon after becoming his own boss he acquired Paddy's Return, who turned out to be the best hurdler he trained. Paddy's Return won the Triumph Hurdle in 1996 and developed into a double champion at three miles, winning the Champion Stayers Hurdle at Punchestown and Long Walk Hurdle at Ascot in 1997.

His other top-class hurdler, French Holly, scored a runaway victory in the Royal & SunAlliance Hurdle at Cheltenham in 1998 and was third to Istabraq in the following year's Champion Hurdle. He was later killed in a schooling fall at home.

The stable achieved an unusual National treble with novice chasers in 2000, landing the Midlands Grand National with Ackzo in March, the Scottish version with Paris Pike in April, and the Kerry National with Mac's Supreme in September.

After his Cheltenham Gold Cup ambitions for Paddy's Return, French Holly and Paris Pike had come to nothing, the trainer went closest to victory in the race with Truckers Tavern, who as a 33-1 shot came second to Best Mate in 2003.

His stablemate Granit D'Estruval won the Irish Grand National in 2004, and in the Scottish equivalent five days later was upsides the winner when falling at the final fence.

His second and third Scottish Grand National winners were Joes Edge (2005) and Hot Weld (2007), and the latter followed up in the Betfred (ex-Whitbread) Gold Cup seven days later. Murphy was never reluctant to give his horses two or three races in quick succession.

He always aimed to bring his best horses to their peak for the Cheltenham Festival, and his last seven winners at the meeting were achieved in six years (2006-11). One of those winners, L'Antartique, carried the Anaglogs Daughter colours of the Durkan family and also landed the Paddy Power Gold Cup in 2007. Another, Poker De Sivola, became his second winner of the bet365 (ex-Whitbread) Gold Cup in 2011. His best horse in this period was Kalahari King, who was placed in the Arkle, Queen Mother Champion and Ryanair Chases at Cheltenham.

In the summer of 2013 Murphy transferred his operation from North Yorkshire to France.

Talking at the time to the Racing Post at his old yard, he said: “I'll miss this, but I'll be doing the same in France in more relaxing weather, on better roads, where the sport receives £950 million in levy rather than £65m, and your transport is subsidised . . . No matter what you do, you have to make money.”

Murphy moved to Lisieux in Normandy, where his daughter Caroline lived, and then to Senonnes in the Loire Valley.

As well as training, he continued the lucrative horse-trading part of his business. French-bred Cheltenham Festival winners Al Ferof and Cheltenian were among the horses he had sold on.

He leaves his longstanding partner Janet Morgan and five children – Barry, who assisted his trainer-wife Liz Doyle before they parted; Paul, who trained near his father at Middleham for five seasons; Caroline, wife of French bloodstock agent Guy Petit; Zoe Winston, racing secretary to Gordon Elliott; and Rees, who rode some of his father's winners in France.
John Randall

FIRST PUBLISHED 2:01PM, SEP 3 2019
He was a top-class man, brilliant at his work and used to ride over jumps for us