Equine Flu Outbreak BACK IN THE GAME

We're on again! Racing returns on Wednesday and a bumper card in store at Ascot 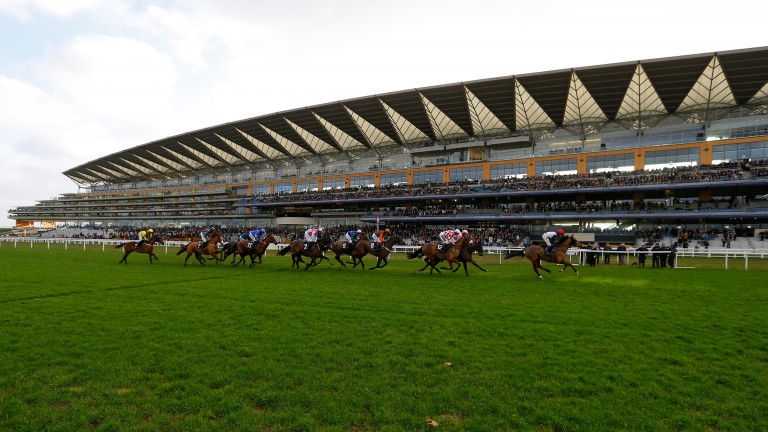 Racing has been given the green light to resume in Britain on Wednesday after six blank days following an outbreak of equine influenza in vaccinated racehorses.

The BHA lifted the lockdown on racing late on Monday evening after a lengthy meeting of its veterinary committee with an official confirmation of a "risk managed return" coming at 11.20pm.

BHA chief executive Nick Rust, speaking at a press conference in London on Tuesday morning, said: "We were concerned about the threat of this and the impact and disruption it would have on racing in the longer term if we didn't understand it fully.

"We have done several thousand tests since then, swabs from 140-odd stables from across the country. We're pleased it's contained to two yards and that, under certain controls, we can return to racing.

BHA chief executive Nick Rust: 'We are pleased it is contained to two yards and that, under certain controls, we can return to racing'
John Grossick (racingpost.com/photos)

"We didn't want to take any risks with future race meetings, and with all known advice, we took the decision we did in the best interests of returning to racing."

The two yards Rust refers to are those of Cheshire-based Donald McCain, where six horses have tested positive for equine flu, and Newmarket trainer Simon Crisford, where four horses have been diagnosed with the condition.

Plumpton and Musselburgh will put jump racing back on track on Wednesday, while Kempton and Southwell will do the same for the Flat on the all-weather.

As an interim measure, the BHA has ordered that no entries or declarations will be accepted from horses that have not been vaccinated in the previous six months. All trainers will also be required to provide a health declaration upon arrival at a racecourse.

The requirement to have been vaccinated in the past six months is going to disrupt running plans for owners and trainers, including for Crimborne Stud's Champion Hurdle aspirant Verdana Blue.

Absolutely ridiculous for @BHAPressOffice to create a new rule overnight about horses needing vaccinations in past 6 months. This must have been in the pipeline for a few days and everyone could have been notified much before. Another 8 days without racing for us.

The BHA confirmed, meanwhile, that some of last weekend's cancelled big races have been rearranged.

Ascot is putting on a bumper nine-race card on Saturday, which will include the Betfair Hurdle and Denman Chase from Newbury's cancelled meeting last Saturday alongside its scheduled Grade 1 Ascot Chase.

Betfair Hurdle and Denman Chase added to Saturday’s Ascot Card. Should be fun this weekend.

The Kingmaker Novices' Chase from Warwick last Saturday has been rescheduled for Sandown on Friday, and a Listed mares' hurdle from the same Warwick card has been switched to Haydock on Saturday. Also being rescheduled is a Listed mares' chase, which has moved from Exeter's lost meeting last Sunday to Wincanton this Saturday.

Racing in Britain was shut down after equine flu was diagnosed last Wednesday in three vaccinated horses at McCain’s stable.

A similar late-night decision was taken by the BHA last week to suspend racing and isolate more than 100 racing stables that had sent runners to three meetings where McCain had runners that day and at Wolverhampton two days earlier. A further three horses from McCain's yard tested positive for the virus on Friday.

The Animal Health Trust has been analysing thousands of equine swabs from racehorses in Britain, and more than 1,000 clear results were processed over the weekend.

Late on Sunday night another four horses tested positive at Crisford’s stables but any concerns racing would not resume proved unfounded when the BHA announced 24 hours later that racing could return.