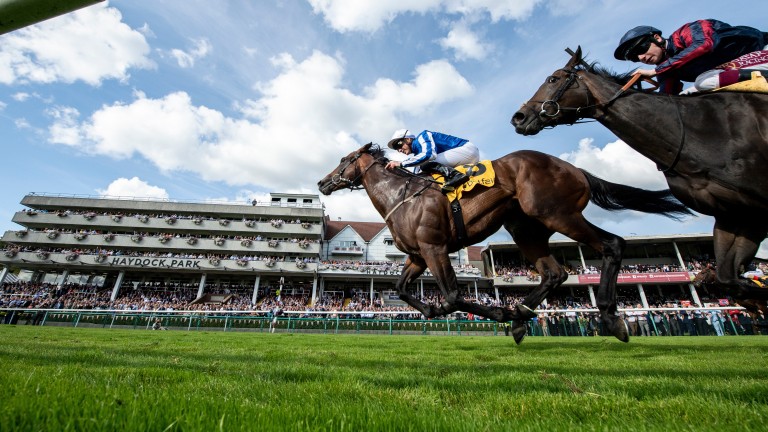 British racing: professional sport, even behind closed doors, will not be staged in England until June 1 at the earliest
Edward Whitaker (racingpost.com/photos)
1 of 1
By Jonathan Harding UPDATED 9:30PM, MAY 11 2020

British racing will not be allowed to resume this month after the government confirmed professional sport, even behind closed doors, will not be staged in England until June 1 at the earliest.

In a statement on Monday evening, the sport's executive committee, which includes the BHA and industry leaders, said it would publish a timeline within the next seven days outlining what racing would need to do to meet the date outlined by the government.

The resumption of racing group will also meet later this week to ensure that race planning and the provisional fixture programme, including the scheduling of the Classics and other flagship races, meet the new government timeline.

On Monday the government published a 50-page guidance document clarifying its three-stage plan for the easing of lockdown measures.

Step two of its strategy includes "permitting cultural and sporting events to take place behind closed doors for broadcast, while avoiding the risk of large-scale social contact".

The government's current aim is to introduce this phase on June 1 but only if sufficient progress is made in "successfully controlling the spread of the virus", and the lifting of restrictions could be delayed.

Its guidance document also states that the reopening of venues that attract large crowds "may only be fully possible significantly later depending on the reduction in numbers of infections".

What does it mean for the Classics?

Earlier this month, the BHA published its 'best-case scenario plans' for the running of a number of major races, but that schedule will have to be adjusted following the government's announcement.

It was developed by a sub-group of the Flat Pattern Committee and provisionally involved the running of high-profile stakes races in the final two weekends of May before the first Classics of the season, the Qipco 2,000 and 1,000 Guineas, on the first weekend in June.

Last month, Ascot announced that its royal meeting, which is scheduled to take place between June 16 and 20, would not be cancelled but run behind closed doors if it was able to go ahead.

The Jockey Club has requested special dispensation from the local Epsom and Ewell council in order to run the Derby and Oaks and a council meeting will discuss approving the plans on Tuesday evening.

It is seeking an agreement to close the Downs, a public space, on a Saturday in July – but potentially also for a day in August – with the third and fourth Classics of the season scheduled for July 4.

The continued suspension of professional sport comes as a blow to the entire racing industry and trainer Richard Hughes believes racing was in a position to safely resume behind closed doors. 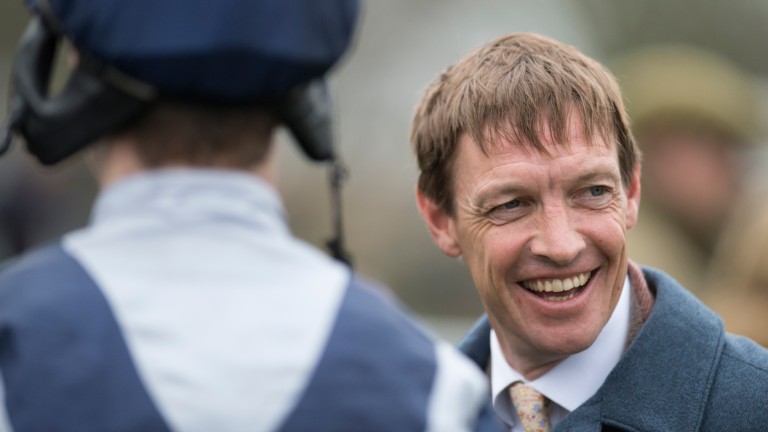 Richard Hughes: "I can't see what is stopping the return of racing"
Edward Whitaker (racingpost.com/photos)

"It would be safer to go to Lingfield Park than Hyde Park and it will be policed," he said. "I can't see what is stopping a resumption. It may be a sport for some but for those in racing it's an industry.

"It's worked behind closed doors in other countries and the limited number of people going to the tracks would take their responsibilities very seriously. Everybody wants racing to get going and work safely.

"There's little difference between working horses at home and being at the track behind closed doors. Stable staff across the country risk their lives everyday riding and taking care of these thoroughbreds.

"It will be the same people getting close to the runners and I think it could even be a safer environment when my team go racing than at home. I really cannot see where the stumbling block is, nor how we would be putting people in jeopardy."

Planning for the sport's return

The resumption of racing group continues to plan for the sport's return and on Thursday published a provisional race programme for the first seven days of fixtures, which will be divided regionally.

Racing has already drawn up plans for resumption behind closed doors and its representatives will continue to discuss these measures with Public Health England and medical officers from other sports.

The development of new protocols will continue throughout May as the resumption of racing group has said it will spend the rest of the month finalising and agreeing these changes across the industry.

Racing has already resumed in Europe with Germany restarting earlier this month and action returning in France on Monday.

FIRST PUBLISHED 2:26PM, MAY 11 2020
I can't see what is stopping a resumption. It may be a sport for some but for those in racing it's an industry