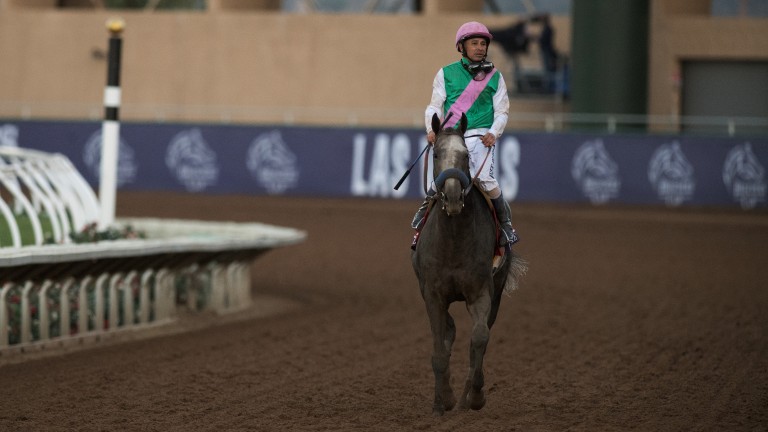 Arrogate: a well-beaten fifth in the Classic but top of the table according to Longines
Edward Whitaker / racingpost.com/photos
1 of 1
By Tom Kerr UPDATED 5:32PM, NOV 10 2017

Arrogate may have produced a leaden performance in the Breeders' Cup Classic and be without a win in three starts but there is still one title this fallen champion can apparently claim – the accolade of World's Best Racehorse.

Racing fans reacted with bewilderment and amusement after Arrogate topped the Longines-sponsored racehorse rankings, racing's answer to the international leaderboards found in golf and tennis, despite his limp effort at Del Mar, where he finished fifth.

That performance followed two previous defeats, including a nadir of finishing fourth of five at 1-20 in a Grade 2, meaning Arrogate has not won a race since March's Dubai World Cup.

WATCH: 'World's Best Racehorse' Arrogate getting blown away in a Grade 2

Immediately below Arrogate is Winx, the three-time Cox Plate winning queen of Australian racing, who is on a 22-win streak down under.

Europe's leading representative is Cracksman, the Champion Stakes winner, in third. At spot four is Gun Runner, who just beat list-topper Arrogate by a handy six and a quarter lengths in the Breeders' Cup Classic.

In fifth is Enable, the five-time Group 1 winner who thrashed her opposition repeatedly this season before winning the Arc, Europe's most prestigious race, in utterly commanding fashion.

If you're puzzled by those rankings, you wouldn't be the only one. Racing fans have reacted to the list with confusion and mockery.

Tony Bada Bing‏ (@tonycbadabing)
@worldsbesthorse
That's funny...horse runs out of the money two of last three times and is supposedly better than Winx and the horse that beat him in last - Gun Runner

Jordan Worboys‏ (@JordyWorboys)
@worldsbesthorse
Arrogate No.1 after 3 consecutive losses gives these ratings little to no substance. Winx 22 in a row, 3 consecutive Cox plates & still No.2

Before punters gather outside Longines HQ waving 'Justice for Winx' placards, however, there's a fairly straightforward reason why Arrogate tops the ratings: the world's best racehorse list is determined by comparing horses' peak performance over the year to date. 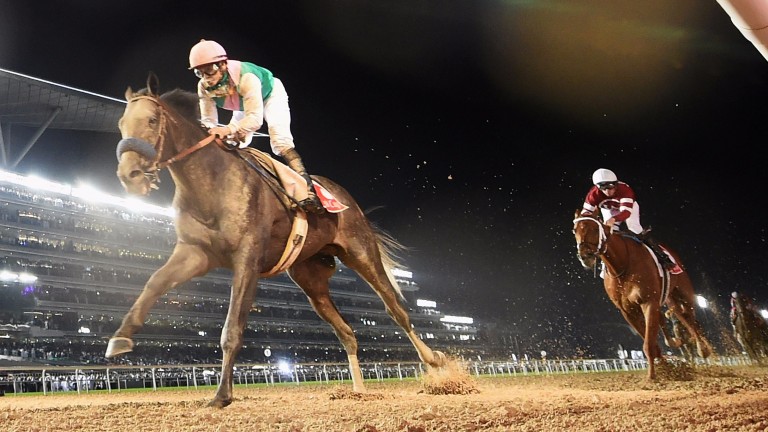 The fact that Arrogate has flopped every time he's run since Dubai is neither here nor there, since the ratings do not fluctuate like handicap marks. Arrogate could have finished last in a claimer and been retired to pull tourists round New York's Central Park and he'd still have topped the list.

The ratings will change when the Longines World's Best Racehorse Rankings Committee, the body of handicappers which determines the numbers, gathers in Hong Kong next month to thrash out the final standings for 2017.

In the meantime, there's no avoiding the fact that a horse who has been beaten on his last three starts tops a list that claims to rank the world's top racehorses, with superstars like Winx and Enable, not to mention Arrogate's Classic conqueror Gun Runner, confusingly ranked beneath.

That may make sense once the methodology of the rankings is explained, but it also lays bare how inadequate using a peak performance is when attempting to identify the world's best racehorse.

Because while strong arguments could be made for several horses to claim the accolade of world's best racehorse, one thing is for certain: it isn't the horse who currently tops the table.