Unkempt and unloved: Folkestone revisited five years on from its closure 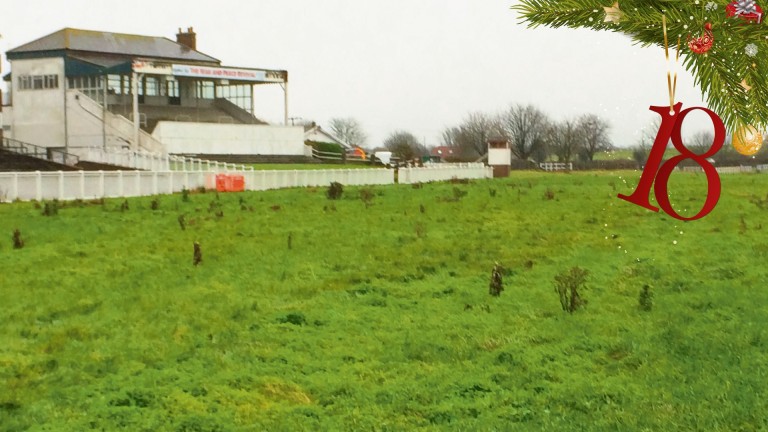 To celebrate the countdown to Christmas, the Racing Post is giving away one piece of paid content free each day. Here, Lee Mottershead visits Folkestone and finds the defunct racecourse in a state of disrepair

After the rails have been taken down and the grass no longer gets mowed it's remarkable how quickly a defunct racecourse takes on the appearance of nothing grander than a big field.

What used to be Folkestone racecourse now looks very much like such a field, in its case not simply big, but also unkempt and unloved.

They once raced horses here. Five years on from the last of those races you would hardly know they ever did. At least not on the part of the site where the racing actually took place. 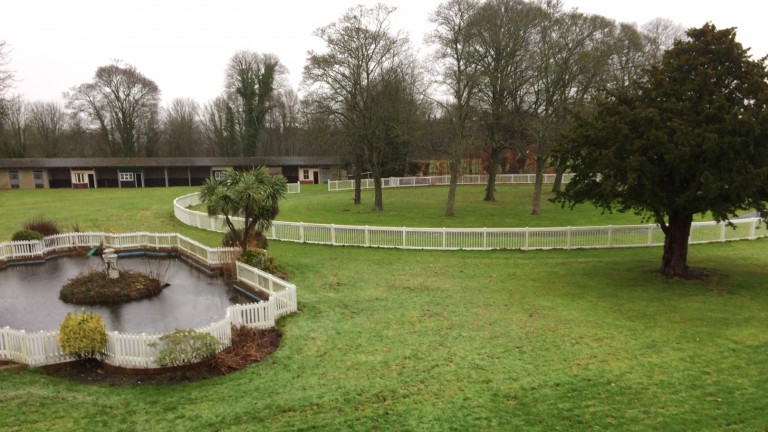 Folkestone's paddock, with its nearby water feature, was always one of the most attractive areas of the racecourse
Lee Mottershead

Most of the buildings remain intact, albeit some look so old and tired you fear a strong sneeze could cause serious damage.

Nobody has removed the sign bearing the word 'stewards' from a door in the weighing room, where the red scales also remain. The paddock, once so pretty with its adjoining water feature, continues to be there behind the grandstands. Yet the saddest sight to be seen is in front of the grandstands.

From those grandstands around 2,500 people turned up for the farewell meeting, the card that provided the closing chapter in Folkestone's 114-year racing history.

It was billed as an au revoir, as opposed to a goodbye, but few of the faithful who turned up on Tuesday, December 18, 2012, would have been confident of racehorses ever returning to Kent's only track. They would have been right.

On that winter afternoon they saw the Marc Goldstein-ridden Quartz Du Montceau win the 'Save the Last Race' For Eastwell Manor Handicap Chase after he fought off Mr Valentino in a thrilling finish. 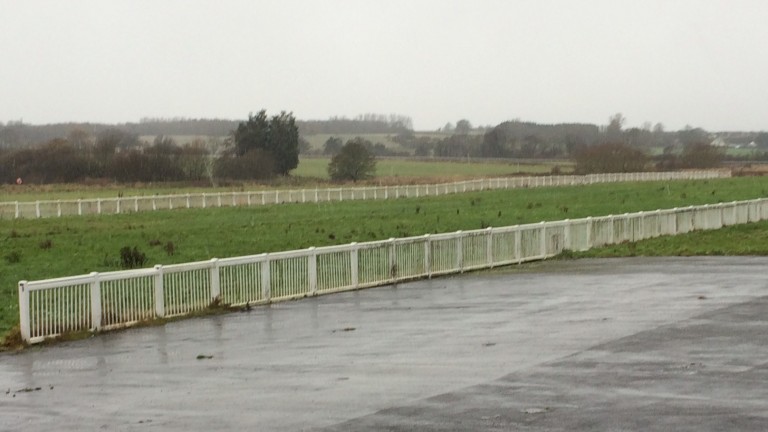 Folkestone's home straight, as it is now, viewed from the stands
Lee Mottershead
"That's it from Folkestone - bye-bye," were the parting words of the day's rostered racecourse commentator Derek Thompson.

That was indeed it.

Just three days before Folkestone shut up shop, Hereford had also entered a period of what was billed as temporary closure. Hereford has come back. Folkestone will not be coming back.

Back then, both racecourses operated under the control of the Arena Racing Company. Quite rightly, Arc has been praised for reviving Hereford. Conversely, Arc is unable to provide any sort of detailed commentary on Folkestone's situation, the reason being responsibility for the Westenhanger site has moved sideways to another company belonging to the brothers – David and Simon Reuben – who own Arc.

When the Reubens' Arc management team abandoned racing on the border of the M20 motorway the given reason was Shepway District Council's failure to approve a plan to build the 800 homes it claimed were needed to make the survival of a repositioned and redeveloped racecourse financially viable.

The plan is no longer for there to be 800 homes. If planning permission is granted there will be up to 12,000 properties in Otterpool Garden Town, some of which may lie on what between 1898 and 2012 was Folkestone racecourse. Otterpool is a joint venture between Shepway District Council and Cozumel Estate, another part of the Reubens' portfolio.

Andy Jarrett, both spokesperson for Otterpool Park and the council's head of strategic development projects, was asked how Shepway – which subsequent to the racecourse closing paid £5.2 million for land that will be used for the proposed town – could have rejected a plan to create 800 homes on a site it now wants to form part of a 12,000-home development. 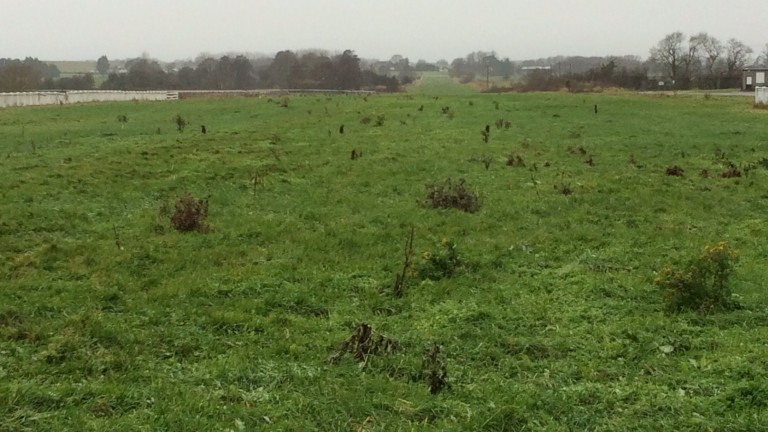 The grass has grown, but not as quickly as the weeds, at Folkestone racecourse, whose old Flat straight course chute can still be seen in the distance
Lee Mottershead

Those plans will be submitted for formal consideration only at some point in the spring or summer of next year. Although Shepway is one of the landowners submitting the application, it will also be charged with determining whether the application receives the green light. Those representing Otterpool, which is described as a three-decade project, point out checks and balances are in place.

"Plans for the garden town will include up to 12,000 homes as well as land for employment, shops, schools and medical centres, and extensive open spaces and access to the countryside," added Jarrett.

"A masterplan for the garden town will be agreed with the help of local residents and businesses, all of whom are encouraged to engage and help shape the development. An ongoing programme of events provides the opportunity for the community to meet with the design team and learn more about the masterplanning process.

"A planning application is due to be submitted in 2018 with a decision anticipated in 2019. Otterpool Park is a long-term project, spanning at least 30 years. With a collaborative approach and careful masterplanning from the outset, Otterpool Park will bring value, sustainability and a high quality of life to local residents."

The plans continue to be in draft stage. In the latest draft, the racecourse may well remain a particularly green part of Otterpool, given it is pencilled in to be part of a park area. 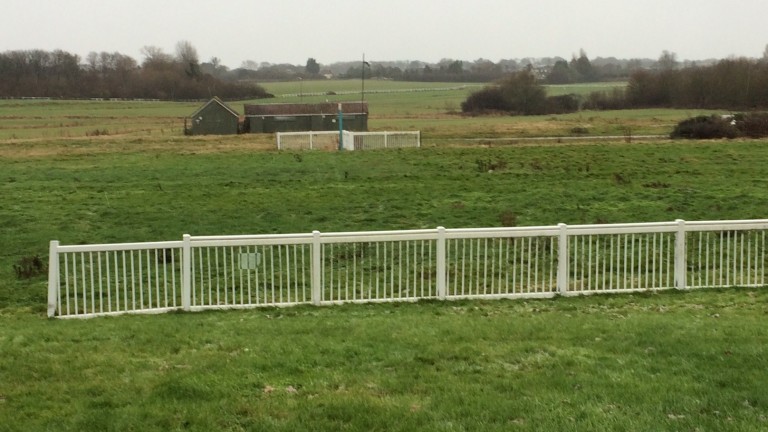 Before that happens it will need to be tidied up. For the place where Quartz Du Montceau won currently looks more like wasteland than parkland.

The grass has not been cut for some time and all across the former racing surface are tall, ugly weeds that have grown even faster than the grass.

Some of the rails in the home straight have been kept, along with some tall tannoy structures, but there are otherwise few ways of deciphering this as a recently perished home to sport.

And yet, five years after the plug was pulled on Folkestone racecourse, there are still signs directing drivers towards its entrance on many of the surrounding roads, including one on the approach to junction 11 of the M20.

Do not, however, be fooled into thinking this suggests there remains even a ray of hope for a racing return.

Folkestone now exists only in the past. The weeds have taken over. If they ever disappear it will be for the sake of a new town, not a racecourse.

Mick Bushell tended to enjoy race meetings at Folkestone, either as a racegoer or as landlord of The Drum Inn, situated in Stanford, a five-minute drive from the racecourse.

"I used to go to four or five meetings a year," he says. "It was always a great local day out, but it had fallen into decline and the facilities weren't up to scratch.

"On a raceday, either before or after racing, people came here for a meal. There were people celebrating their wins or commiserating their losses. On a raceday our takings would have been double a normal day, so the racecourse closing did affect us." 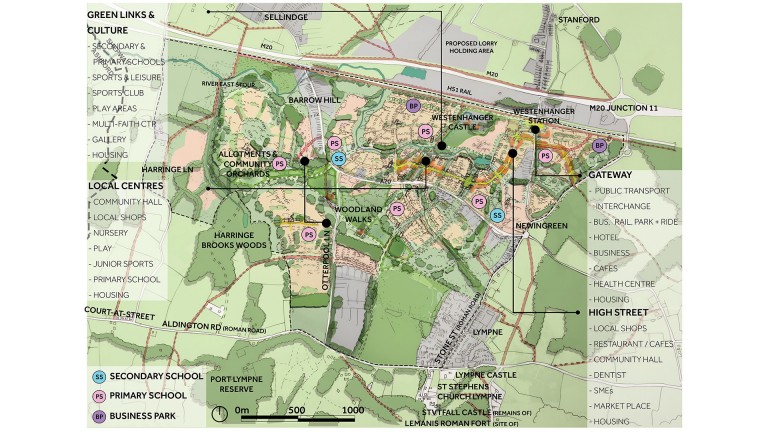 Bushell feels the proposed Otterpool Park will affect not just him and his pub but the entire local community, which has so far displayed resistance to the creation of a garden town.

"I went to the initial consultations for the 800 houses," he adds Bushell. "It was going to be a housing estate and updated racecourse. That was unsupported by the council. Now, two years down the line, having bought adjoining land, they seem very interested to develop housing without a racecourse.

"Otterpool Park could bring 12,000 houses over a 30-year period. We don't have the roads or infrastructure to support it.

"There are no plans for a new hospital. The William Harvey Hospital's A&E waiting time is already the longest in England. Otterpool Park will put the pressure of another 30,000 people on to that hospital.

"I don't see how they can do this – it's like building a car inside your house and then realising you can't get it out."

Want to read more stories like this? Access daily newspaper content online and enjoy favourites such as Pricewise, our award-winning columnists, RP Sunday, race replays and more when you subscribe to Members’ Club Ultimate. Find out more here

FIRST PUBLISHED 6:00PM, DEC 17 2017
They once raced horses here. Five years on from the last of those races you would hardly know they ever did