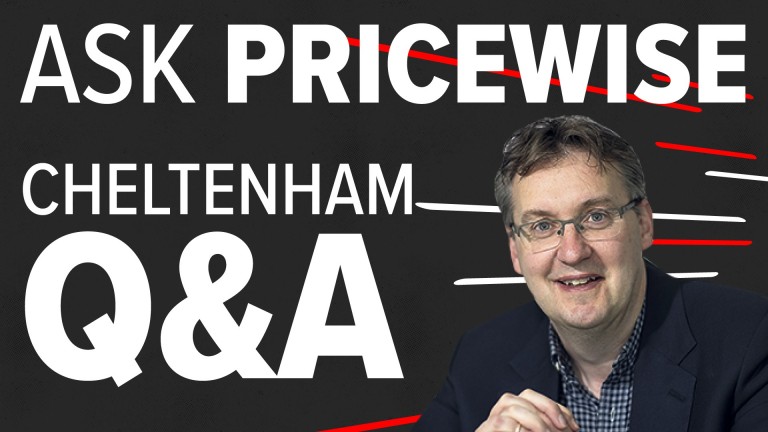 Which race are you looking forward to most at this year's festival and why? Chris Marson

It will always be the Gold Cup. For me, it's the whole point of jump racing and I'm hoping that the young horse A Plus Tard will announce himself as the next staying chase superstar.

We know horses aged seven or older have a terrible record in the Supreme, so do you think Appreciate It is one to swerve?
David Smith

I'm not a trends man at all, so his age wouldn't worry me. What would concern me is whether he's quick enough because he's had everything his own way the last twice.

If Shishkin, Envoi Allen and Monkfish were to run over two and a half miles at Cheltenham, who do you think would win?
Richard Walton

Not a clue. I would have it between Shishkin and Envoi Allen at that trip and would marginally prefer the latter, but I certainly wouldn't be having a bet on it.

If you had to lay either Envoi Allen, Shishkin or Monkfish, which would it be? Stephen Liddle

Probably just Shishkin because he looks to have a top-notcher in Energumene in against him, while the other two may not. 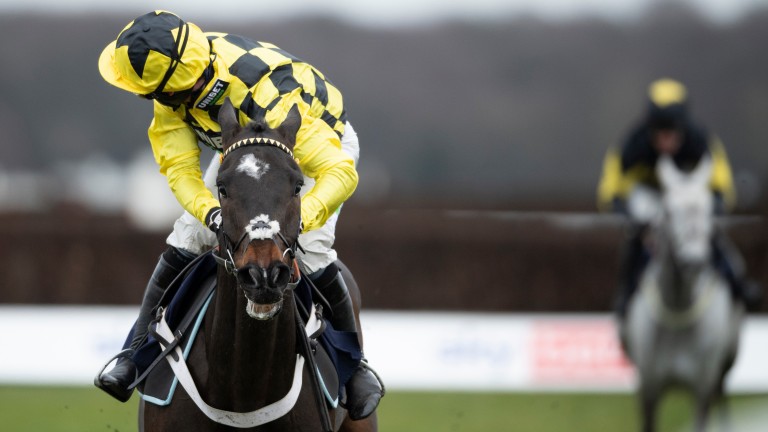 Realistically, what chance do you think Buveur D’Air has in the Champion Hurdle? Ken Waite

I don't think he'd beat the mares even when he was in his prime. After a less than dazzling comeback, I would say it's highly unlikely.

With all the races available for mares, do you not think it is time to do away with the 7lb they claim against the males? If they want to run in the Champion Hurdle, it should be on level terms. Edward McAteer

What emphasis do you attach to times over jumps? If it was an athletics race we would attach great importance, so why not jump races? Edward Sheehan

I'm a times man for sure and it would be one of my first ports of call in any race. The answer to your second bit is I don't know. Too much like hard work, maybe.

What are your thoughts on Buveur D'Air, Altior, Tiger Roll and Paisley Park regaining their crowns this year? Ben Lister

Hi Ben. I would say no, verging towards a yes, no and no. 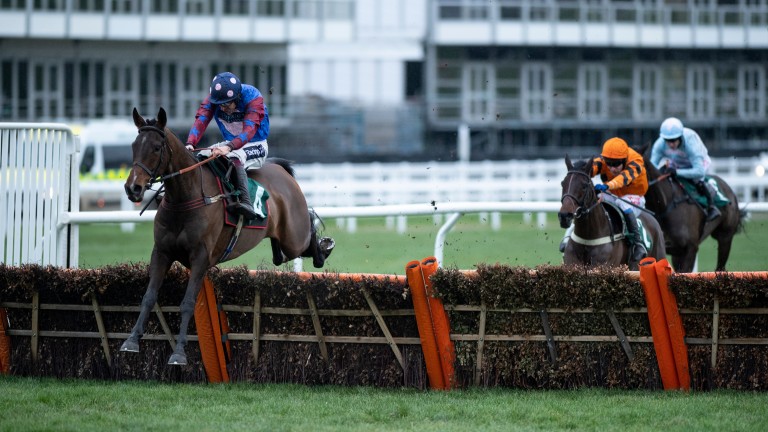 Paisley Park (left): may have his work cut out in the Stayers'
Edward Whitaker (racingpost.com/photos)

Ireland at 1-3 to lift the Prestbury Cup is surely the safest long-term investment you can possibly make? Am I wrong? Andrew Goodburn

Are there any angles you can see from the Dublin Racing Festival for betting opportunities at the festival? Patrick Stroudley

As good as the Dublin Racing Festival was, it was clear that Willie Mullins had targeted the meeting and Gordon Elliott did not. Because of the high-profile nature of the meeting a good few horses will be too short come Cheltenham. Kilcruit would be a good example of that, in my opinion.

I'm trying to find some double-digit value in the feature races on each day and Song For Someone, Rouge Vif, Fury Road and Frodon all look decent each-way bets at the moment. What do you think? Jonathan Kingsley

I would never put anyone off big prices but none of them would be on my shortlist. Sorry JK.

What do you make of Bear Ghylls and which race would you run him in? Fergus Wright

I like him a lot and would run him in the Ballymore, although that looks like being a much hotter race than the other novice hurdles. I'm not sure his jumping would hold up in a handicap, although the Martin Pipe would be tempting. 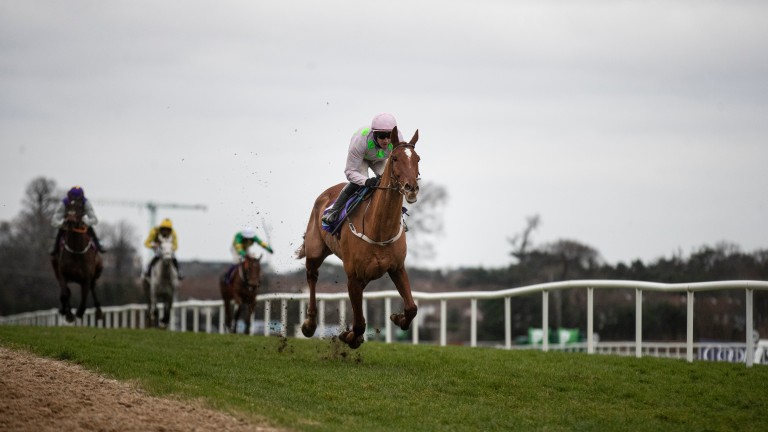 Would Latest Exhibition be better for a drop back in distance and, if not, what tactics give him the best chance of taking it to Monkfish? Kevin Barrins

The problem for Latest Exhibition is he's not as good a jumper as Monkfish and I don't think he stays as well either. Bryan Cooper can do what he likes but he's simply not quite as good.

How do you rate Sporting John's festival chances? John Forde

He's clearly supremely talented but he has his quirks too and his jumping will be severely tested. At a big price he's worth chancing against Monkfish, but I can't really see it myself.

How much of a negative do you place on Chacun Pour Soi not having run at Cheltenham before? Surely still a good thing? Steven Sibbald

It probably means nothing. However, I always think the worst part of Chacun Pour Soi's race is the last bit, so if ever there was something that might catch him out it would be the Cheltenham hill. 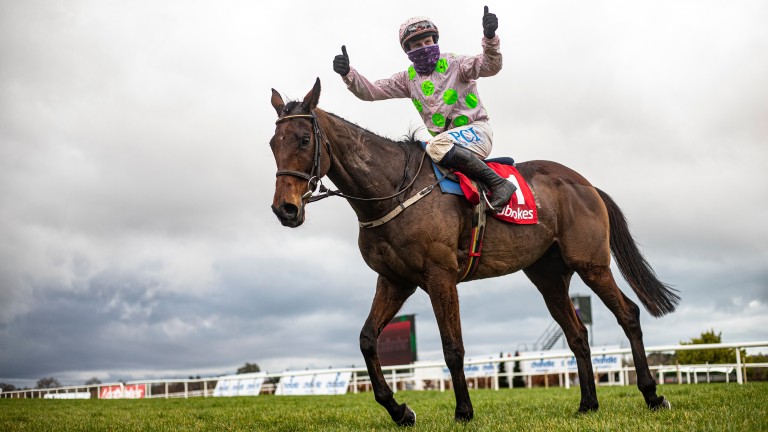 Chacun Pour Soi: may be vulnerable up the Cheltenham hill
Patrick McCann

Kilcruit looked very good at Leopardstown. What was your impression of him? Alan Morris

He looked good but the race totally fell apart late on and he might well have been flattered. I will look to take him on in March.

What chance would you give Embittered in the Grand Annual if he turns up there? Joseph O'Brien seems to have two good chances with Entoucas as well. George Jones

Tough race. There are going to be loads of well-fancied runners in there but Embittered will be one of them. I could see last year's winner Chosen Mate going well again too.

I really fancy Sky Pirate for the Grand Annual, but has he caused himself a problem by winning at Warwick and his handicap mark going up? Andrew Ward

I wonder whether they will switch Sky Pirate back to hurdles for the festival Andrew. He was firmly put in his place by Allmankind at Warwick on Monday and I think there is a chance he has blown his chase handicap mark too. 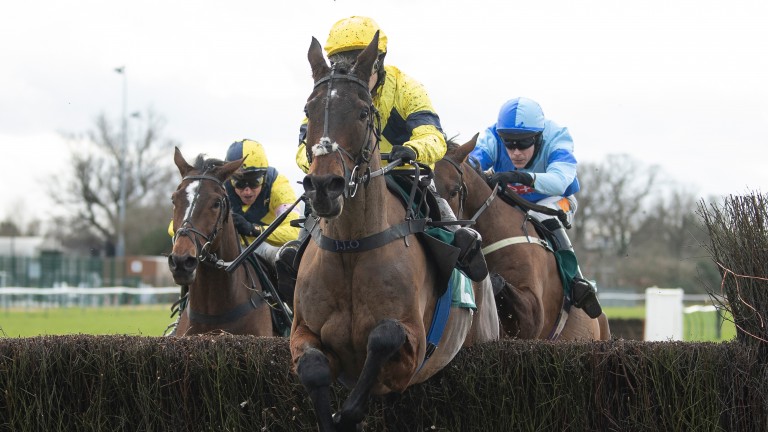 Sky Pirate: may return to hurdles at the Festival
Edward Whitaker (racingpost.com/photos)

If you were given a £20 charity bet on the festival at minimum odds of 20-1, what would your pick be? Albert Padfield

I would take a chance on Longhouse Poet in the National Hunt Chase. The form of his Punchestown win last time has worked out well with Run Wild Fred finishing second in the Thyestes and The Big Dog winning the Grand National Trial last Sunday.

If you had to lay one of the favourites at Cheltenham, who would it be and why? Ben Collins

Get things cracking early – I don't love Appreciate It in the Supreme. Not sure the races he's been winning have been up to much and, given the way the race went, I thought he should have been much more impressive at Leopardstown.

I don't think the English will win too many races at the festival but Imperial Alcazar is a great bet for the Pertemps. Would you agree? Sean McCanny

He's definitely got a good chance. However, the 8lb rise for his Warwick win doesn't make life any easier.

Is Fakir D'Oudairies a live player in the Ryanair? Ted Rogers

I think he may be the 'dusty bin' Ted. Not sure he's good enough, although he clearly ran a lot better behind Chacun Pour Soi last time. 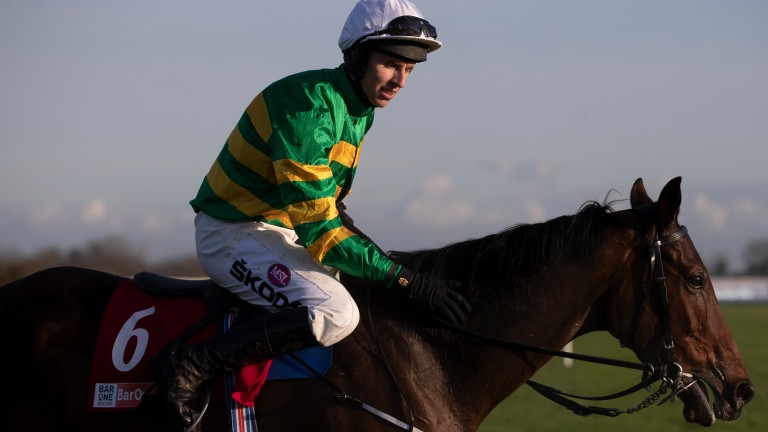 Fakir D'Oudairies: is he a live player in the Ryanair?
Patrick McCann

After Min blotted his copybook at Leopardstown, what do you think of Mister Fisher's chance in the Ryanair? He has performed well on ground much too soft for him this season. Denis Gough

I'm not totally convinced about soft ground being a problem for him and I can see him running well, although there are a few who might have a bit too much class for him. I like Imperial Aura best.

I think the best value bet for the festival is Paisley Park. I think he will fly up that hill like a missile. What do you think? Is there a better bet? Gary Munger

Hi Gary – your reading of value is different to mine. I'm not interested in PP at 3-1 given he blew out last year and only scrambled home at Ascot last time.

What are your thoughts on Itchy Feet for the Stayers' Hurdle? He's likely better over hurdles than fences and is clearly crying out for a step up in distance. Stuart Broomfield

It's not ideal breaking blood vessels last time but the step up to 3m will suit and he's certainly on my shortlist, although I have a feeling connections might wait for Aintree.

What sort of chance would you give Flooring Porter in the Stayers' Hurdle? I think he's a real likeable type and seems to be improving for every run. He reminds me of Espoir D'Allen in more ways than one. Mike Evans

I'm with you on that one, Mike. Everyone seems to be making excuses for the horses he keeps beating but Flooring Porter has barely come off the bridle since they started riding him more aggressively and who knows how good he can be. 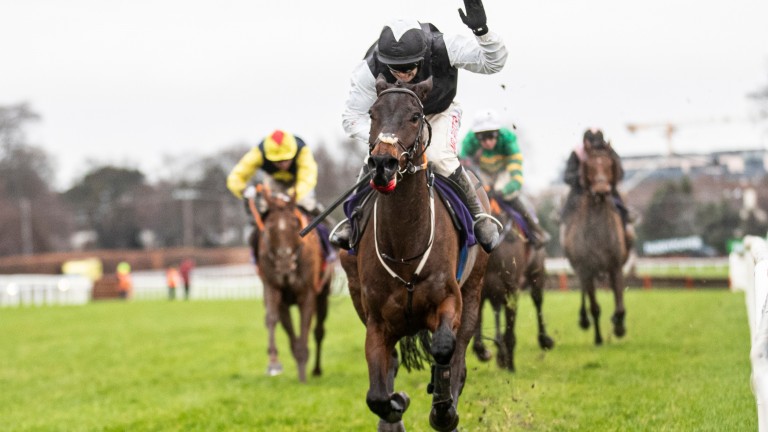 Should Ronald Pump be such a big price for the Stayers’ Hurdle given his troubled run in the race last year and how he ran against Honeysuckle last time out?
Gareth Edwards

I agree with you. I thought he should have won last year.

Has anything caught your eye for any of the handicaps? Andy Duffin

Plenty, but I'm going to wait until the entries come out before getting too involved. Eclair De Beaufeu, Koshari and Maze Runner, to name but three, are ones I will be looking out for.

With the majority of the potential competition to Al Boum Photo having slipped up in their prep races, does 3-1 currently offer great value? Won't he surely go off much shorter on the day? Richard Mason

I don't think so. I don't think he has separated himself from the other staying chasers by much and, in an open race, the bookies will want to take him on. 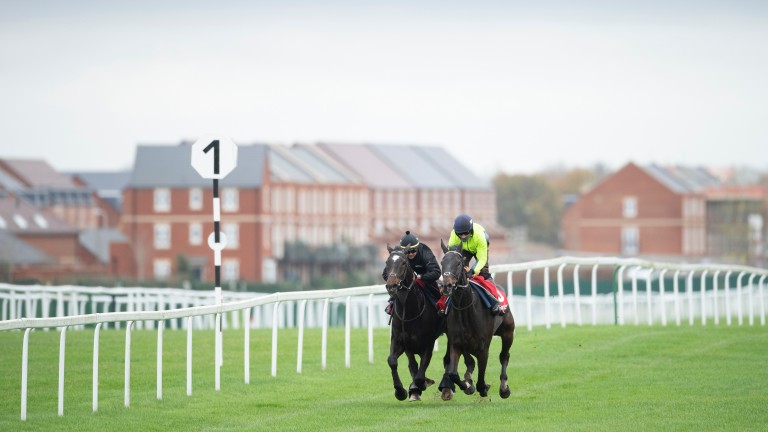 I don't believe Santini can win the Gold Cup, he looked a slow horse in the Cotswold Chase and will be outpaced coming down the hill. What do you think? Colin Lynch

I'm with you. He will need a whole lot of luck because he's basically a lot slower than the majority of horses that he'll be running against.

Does Royale Pagaille have any chance in the Gold Cup? Alan Barbour

Yes, he has a shot. Hard to know how good he is because the Peter Marsh was a total non-event, but he could only do what he did.

Lightly raced youngsters are the ones who fare best

What they say on the Gold Cup: 'King George hero Frodon in great shape'

FIRST PUBLISHED 6:00PM, FEB 18 2021
Because of the high-profile nature of the meeting a good few horses will be too short come Cheltenham. Kilcruit would be a good example of that

A world where Honeysuckle is beatable is a strange sort of place to be living in 'It was always going to happen some day' - Honeysuckle thwarted by Teahupoo Who is the best-value Cheltenham Festival favourite at this stage? 'We hope he shows the world what he can do' - Facile Vega camp eye up big season
Bookmaker
Price
E.W. Terms
bet365
Open Account
Ladbrokes
Open Account
William Hill
Open Account
Coral
Open Account
Paddy Power
Open Account
Betfair
Open Account
Sky Bet
Open Account
Sporting
BetVictor
Boylesport