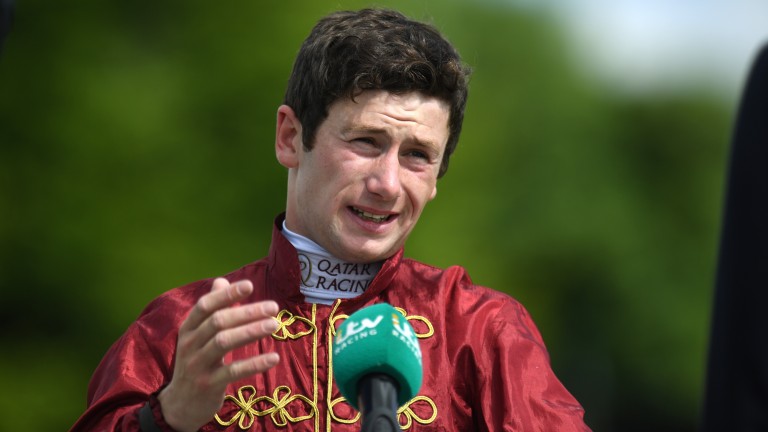 Oisin Murphy has vowed to fight to clear his name after the shock news that he tested positive for cocaine while riding in France this summer.

Murphy, who leads this year's jockeys' championship after winning his first title last season, denies ever taking the drug and is determined to prove his innocence.

A urine sample given by the Classic-winning rider at Chantilly on July 19 was found to contain metabolites of the drug. But subsequent hair tests have found no trace of the substance and he said in a statement: "I have never taken cocaine in my life and will fight to clear my name."

Murphy was informed of the positive test on his A sample on August 19 and on the same day he organised for an independent laboratory to undertake hair sampling to prove his innocence. The lab analysed multiple hair segments and they tested negative for metabolites of cocaine.

The results have been shared with France Galop and Murphy is currently awaiting results of the French authority's analysis of his B sample.

In Britain a jockey is stood down as soon as they test positive but Murphy is free to ride while investigations continue.  The French regulator makes no moral judgement as to the legality of consuming banned substances, merely the danger it places on other competitors.

The likely process is that Murphy would face a medical hearing after which the panel could recommend his suspension. It is at that point that a dossier would potentially be passed to the stewards to open a disciplinary case.

"I want to thank those who are supporting me and in the meantime I want to keep riding winners and focus on my career," the rider added in his statement. "I will have no further comment to make and wish to respect the processes of France Galop." 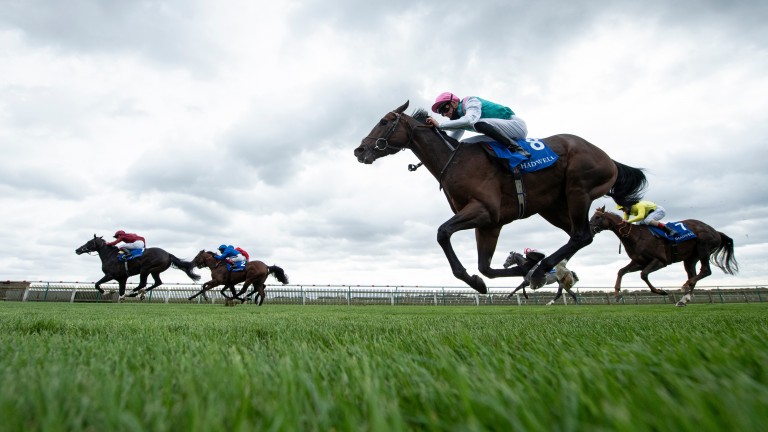 Speaking later on Racing TV, Murphy said: "It's a weight off my shoulders. I've been riding to the best of my ability but something needed to be said today and I'm pleased it's out there.

"People will probably examine every ride now and if I've given a horse a bad ride they might say it's due to this weight on my shoulders. But I've had a brilliant support team. I am innocent and I think the people closest to me believe in my innocence.

"I've got to trust in France Galop and carry on as normal. There are a lot of important things going on in the world at the moment, this is crucial in my career but it's out of my control."

A BHA spokesperson said: "We have been made aware that there is an ongoing anti-doping matter in France in relation to Oisin Murphy which is currently the subject of further analytical investigation.

"We will continue to liaise with the Professional Jockeys Association and France Galop and assess any new information as it becomes available."

Murphy was champion apprentice in 2014 and took the title last season with 168 winners, 35 clear of Danny Tudhope. He will start Friday 12 winners clear of William Buick in the 2020 championship table with 111 victories – including his first British Classic success on Kameko in the 2,000 Guineas.

Frankie Dettori was banned for six months after testing positive in France in 2012 and before that Kieren Fallon suffered the same fate twice, incurring a six-month suspension in 2006 then being stood down for 18 months in 2008.

Robbie Downey also tested positive for a metabolite of cocaine at Le Lion-d'Angers in June of last year. He protested his innocence and submitted evidence of hair tests in his appeal but failed in an attempt to overturn a six-month ban.

He tweeted his support of Murphy and said: "Can't believe something like this has happened again. Another innocent jockey blamed for something they not done.  Let's hope @oisinmurphy will prove his innocence and the BHA stand by him."

Cant believe something like this has happend again. Another innocent jockey blamed for something they not done, Shame on @francegalop for there testing regimes. Let’s hope @oismurphy will prove his innocence and The BHA stand by him. https://t.co/FGgsOD1BVm

The news of Murphy's case comes a day after the PJA revealed northern rider Nathan Evans had tested positive for cocaine.

Fellow jockeys William Carson, Kieran Shoemark, Callum Rodriguez and Kevin Lundie have all been banned for taking cocaine in the last two years.

FIRST PUBLISHED 12:49PM, OCT 1 2020
I am innocent and I think the people closest to me believe in my innocence