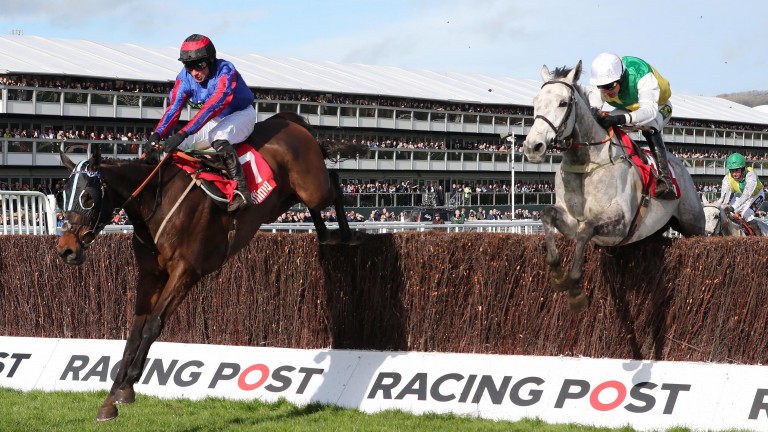 Beware The Bear: seeking a hat-trick in the Scottish National on Saturday
John Grossick (racingpost.com/photos)
1 of 1
By James Stevens UPDATED 10:22AM, APR 11 2019

Bookmakers are on alert for a Bear attack at Ayr after Nicky Henderson hailed the chances of his Cheltenham Festival winner in Saturday's sold-out Coral Scottish Grand National.

The nine-year-old has looked rejuvenated this season, with victory at Cheltenham in January followed by a fast-finishing win in the Ultima Handicap Chase at the Cheltenham Festival last month.

Despite being up 9lb to a career-high mark of 160 and carrying top weight of 11st 12lb, Henderson remains bullish about the five-time chase winner's chances.

He said: "Beware The Bear will go to the Scottish National, he has done really well this season. He is in great shape, and the blinkers have helped him a lot.

"We ran him a bit differently the other day [in the Ultima] so that he doesn't force the pace quite as much. I think that has made a big difference to him."

Beware The Bear will spearhead a powerful team at the valuable meeting for Henderson, who needs a turnaround of more than £400,000 to deny Paul Nicholls the trainers' title. 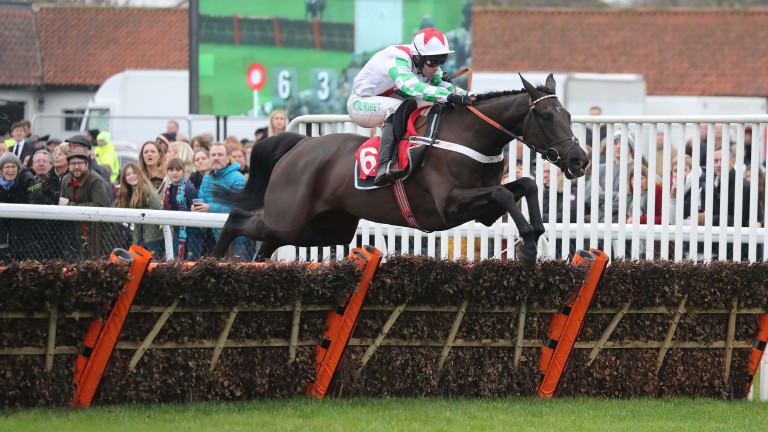 He will be represented by three runners in the CPMS Scottish Champion Hurdle, including Christmas Hurdle winner Verdana Blue. Grade 2 winners Mister Fisher and Brain Power will also take their chance.

Henderson added: "We will have three in the Scottish Champion Hurdle. They're all in great form and we are looking forward to taking them up."

The Scottish National is expected to be something of a betting bonanza.

Coral head of PR Dave Stevens said: "The Coral Scottish Grand National is consistently in our top four or five when we list races by betting turnover each year.

"Incredibly, Nicky Henderson has yet to train a National winner of any description, but in Beware The Bear he has a leading chance to end that hoodoo.

"He has been pulled up in a Welsh National and this race last year,  but looked good when winning at the Cheltenham Festival, so seven days after the Tiger roared it could be the turn of the Bear."

The Scottish National market was on Tuesday led by the Alan King-trained Dingo Dollar who was has been backed in from 10-1 to a general 8-1 this week.

Stevens added: "The close proximity in the calendar to Aintree’s big meeting probably gives the Ayr contest a boost in terms of maintaining a 'Grand National' theme with punters.

"However, the Scottish National is a huge event in its own right, and while popular across the UK, has a particular place in the hearts of Scottish race fans."

Ayr is expecting a dry week in the build-up to Scottish National weekend, but there has been no change to the current going of good, good to soft in places.

Clerk of the course Graeme Anderson said on Tuesday: "The weather is going to be very dry with no rain forecast until next week. At the moment we are good, good to soft in places and we are watering with 8mm on the whole track. 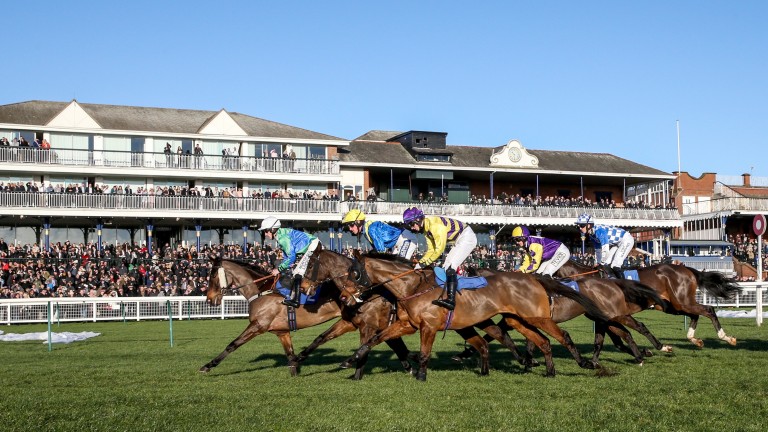 "It will be sunny but not too warm with maximum temperatures of 13C so the water going down is making an effect. We are in control of the situation and hoping to have the ground the same going into Friday. It may possibly dry out to good for Saturday but we may put a bit of water on Friday night."

Tickets have already sold out for Saturday's card and Friday is set to attract a good crowd with sunny weather and quality racing.

Anderson added: "It looks good quality racing across both days, we have sold out on Saturday and there are still a few to go on Friday. We're looking forward to the meeting."

FIRST PUBLISHED 7:37PM, APR 9 2019
Incredibly, Nicky Henderson has yet to train a National winner of any description, but in Beware The Bear he has a leading chance to end that hoodoo