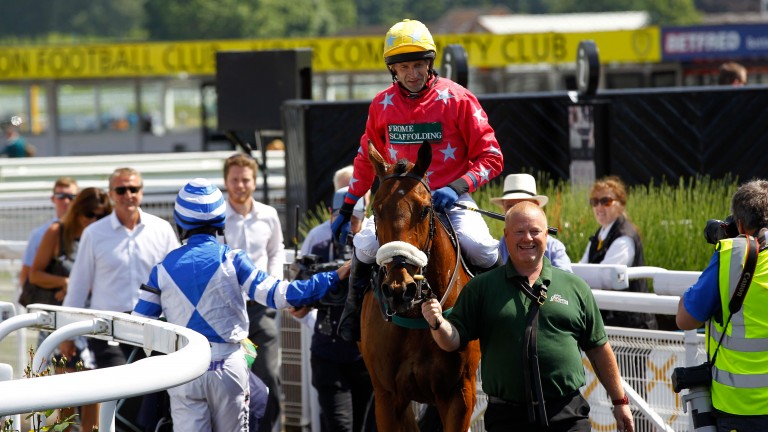 The retiring Andrew Thornton had the victory on his final day as a jockey he desperately craved, when the 45-year-old came home clear aboard the even-money favourite Amirr for old ally Seamus Mullins at Uttoxeter on Wednesday.

The elder statesman of the weighing room, who was partnering his 1,007th winner of a near 27-year career, had earlier finished sixth on his first ride of the afternoon aboard the Caroline Bailey-trained Edward Elgar.

An emotional Thornton, whose friends and family were on hand to help him celebrate the end of his career, punched the air as he crossed the line and has said said of his subsequent rides after winning: "The exclusive is – I'm going to ride them."

Thornton's weighing room colleagues gave the man they call Lensio, due to his famously terrible eyesight, a grand welcome to the winner's enclosure. For all their encouragement he did not attempt a flying dismount and instead posed for post-race photos with his son Harry in his arms.

"If you'd sat down for a year, you couldn't have planned it any better," he said afterwards. "The main thing for me is that all the lads are here. My wife Yvonne and son Harry are here, my parents are here and Dave Roberts [agent] is here." 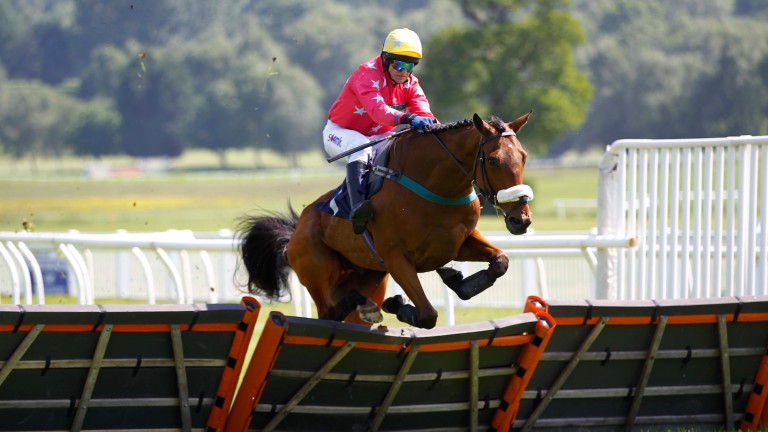 Andrew Thornton and Amirr on their way to success
Steve Davies

Thornton identified Amirr as his best chance of a final day winner and the eight-year-old duly delivered, cruising round on the outside under Thornton and galloping clear for a ten-length victory. Not that he was aware of the margin until crossing the line.

"I didn't have a look round as I was worried it might cost me the race," he explained. "I had my head down and only realised I'd won when I crossed the winning line.

Thornton's final ride over fences, Westerberry, could only finish eighth, while there was heartbreak on his final ride as he led over the final hurdle on Manhattan Spring only to be passed by Lively Article on the run-in.