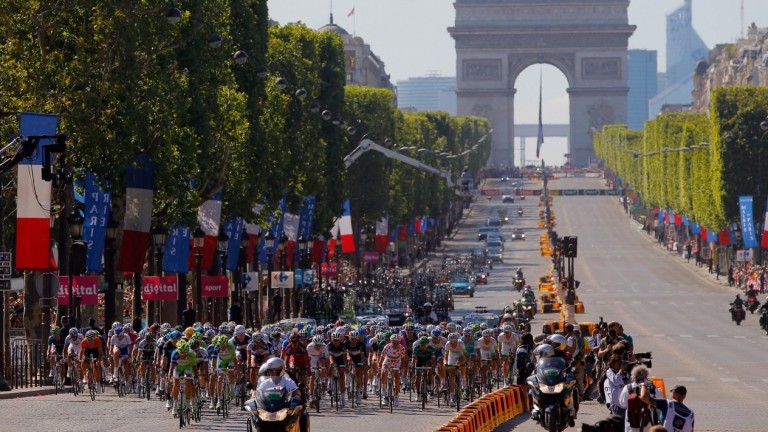 The Champs-Elysees hosts the final stage of the Tour de France and may be the venue for the first street racing event in September
Doug Pensinger
1 of 1
By Jon Lees 5:40PM, FEB 15 2018

It could be the Arc de Triomphe, although not as we know it, after France-Galop signalled on Thursday the Champs-Elysees in Paris would be the venue for the first street horseracing event this year.

Although there remain some outstanding issues to resolve before a formal announcement can be made by City Racing, the Jockey Club-backed group seeking to establish a series of thoroughbred races in cities around the world, there is already an entente cordiale.

France Galop is understood to have begun working with City Racing at the start of the year and will officially sanction the meeting under the rules of French racing. France Galop has been granted authorisation by both the Champs-Elysees Committee and local government in Paris but the project remains City Racing's in terms of finance and promotion.

The proposed meeting would take place this September with the preferred dates believed to be one of the Sundays following the Arc trials card on September 16.

Paris became a frontrunner to host a street racing event for horses when Westminster Council withdrew support for racing up Oxford Street in London, last year. Other cities are also being considered for the races, in which a number of the world's top riders will compete aboard mid-level horses over sprint distances,

A synthetic racecourse on palettes would be laid on the road, while street furniture could be temporarily removed to provide a clear track. The Champs-Elysees, with the famous arch as its backdrop, is already used annually for the final stage of the Tour de France.

City Racing spokesman Johnno Spence said: "Paris is one of a number of cities we are considering but as we stand there are still a number of loopholes we have to negotiate before proceeding."

FIRST PUBLISHED 5:40PM, FEB 15 2018
Paris is one of a number of cities we are considering but as we stand there are still a number of loopholes we have to negotiate before proceeding