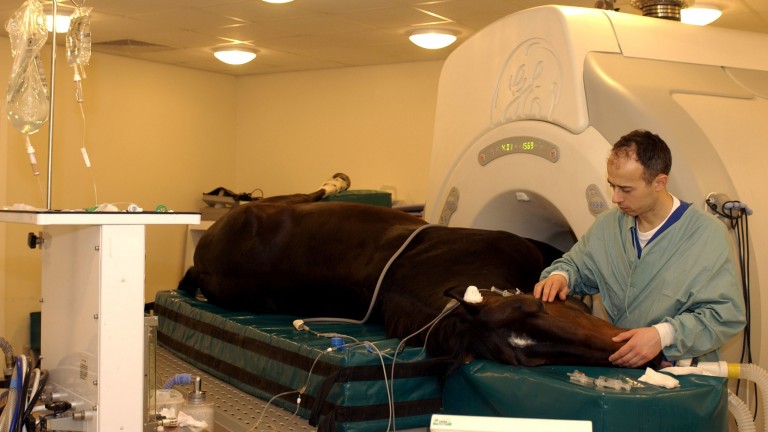 Wind operations are to be made public from Friday
Edward Whitaker
1 of 1
By David Milnes UPDATED 4:38PM, JAN 18 2018

So what's the significance of Friday?

From Friday, British racecards will show when a horse is having his or her first run since undergoing any form of wind surgery. This will be done by putting the letters 'WS' next to his or her name in the same way as 'V' is used for visor.

Which type of surgery a horse has had will not be denoted on racecards but trainers will be required at point of declaration to inform the BHA which of five types of surgery is involved.

Although 'WS' will appear only on racecards for the horse's first run post-surgery, a trainer must make the official notification after each new surgery, meaning 'WS' could appear against a horse's name before more than one start, although this will be rare.

And so what are the five types of surgery covered by the new rule?

Why is the type of wind surgery undertaken not being made public?

Too complicated say the BHA. The authority says publishing the type of procedure undertaken would make the data "extremely complex and hard to interpret for the customer".

Spokesman Robin Mounsey added: "We believe it is reasonable that the betting customers will take it as read that the trainer, owner, and their veterinarian will have performed the most appropriate surgery to address the issue with the specific horse."

He added: "The data on type of surgery performed will be analysed and can help form detailed research to enhance our understanding of the effect of wind surgeries on racehorses."

Are all horses involved?

Almost all, yes, the one main distinction being no notification will be given concerning horses who have previously never run.

Otherwise, the requirement to declare surgeries applies equally to horses trained in Britain and overseas.

Will trainers be punished if breaking the rule?

Yes, details came out on Thursday. When surgery is notified after declarations have been made but before the day of race, a first offence would trigger a £290 fine. Second and third offences would equate to £580 and £1,160 fines, while a fourth offence would lead to referral to BHA head office.

For all other offences, there will be a first fine of £650, a second fine of £1,300 and then referral from the third offence onwards.

Paul Nicholls and Nicky Henderson, to name two, have been very open in discussing operations given to the likes of Sprinter Sacre, Denman and Altior, which helped provide the momentum behind implementing these notifications.

And there have been recent instances – some high-profile – when horses have won races, only after which connections have revealed the winner had undergone wind surgery since last running.

The Horseracing Bettors Forum informed the BHA that declaration of wind surgery was a change wanted by punters more than any other.

So everything's rosy and everyone's on board . . .?

Er, not quite! Not all wind operations work, and many can be a hindrance rather than a help, particularly to horses running in testing conditions, so the worth of the information to punters does remain to be seen.

It will be certainly be interesting to see what the statistics tells us in a year or so's time. Perhaps ideally data would have been collected and analysed before compulsory declarations came in, while many trainers remain sceptical about the move – and in some cases that's putting it nicely.

Is Britain going it alone?

The BHA states it is adopting a system similar to those in operation across much of the southern hemisphere and Asia, territories in which it is common for punters to be given more information and data than has historically been the case in Britain.

Asked how regulators in Ireland and France have reacted in terms of making a similar rule change themselves, BHA chief regulatory officer Jamie Stier said: "They certainly haven't approached this from a negative aspect. They have shown great interest in this and indicated they would give consideration to the matter in the near future."