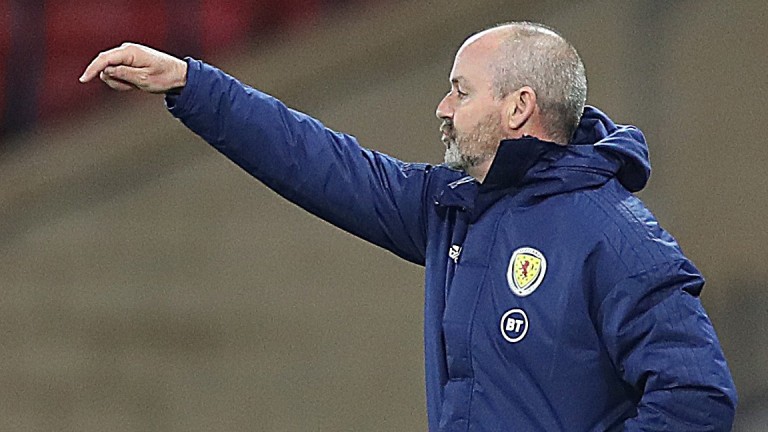 Only one of Wales or Scotland can qualify for next year's World Cup in Qatar after the home nations were drawn in the same playoff path for the 2022 tournament.

In Path A, Wales will host Austria in their playoff semi-final and the nation that prevails will face the winner of Scotland or Ukraine in the final.

Paddy Power rate Scotland 3-1 shots to progress from their path and qualify for next year's tournament but Wales are shorter at 7-4 with the same firm as they will play at home should they reach the playoff final in their section.

Euro 2020 winners Italy are 11-10 to qualify for the 2022 World Cup after having been drawn in Path C along with Portugal.

The Italians will face North Macedonia in the semi-finals and, if they win, either Portugal or Turkey in the final of their path.

Cristiano Ronaldo's Portugal finished second to Serbia in their World Cup qualifying group and although they will now have to defeat the Azzurri to reach Qatar, they are 4-5 to qualify.

Their semi-final opponents Turkey are 12-1 while North Macedonia, who qualified for this year's European Championship, are big outsiders at 66-1 given they would have to win away to Italy and Portugal to make the tournament.

The Path B semi-finals, meanwhile, see 2018 World Cup hosts Russia host Poland and Czech Republic travel to Sweden. The winners of those ties will then lock horns in the other playoff final.

Poland, spearheaded by Robert Lewandowski, are available at 3-1 while Ukraine and Czech Republic are 7-2 and 9-2.