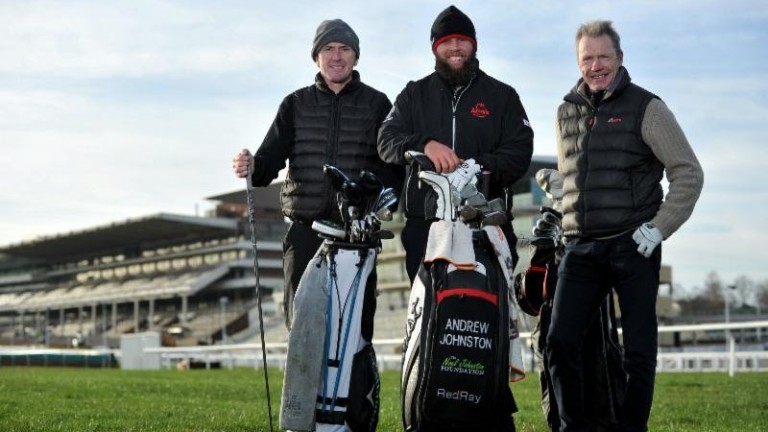 Racing has a new fan in leading British golfer Andrew 'Beef' Johnston after he played Sir Anthony McCoy and Mick Fitzgerald over a special four holes laid out on Cheltenham racecourse.

Johnston, who won the Spanish Open in 2016 but missed the cut in the HSBC Championship in Abu Dhabi last week, gave McCoy and Fitzgerald a putting lesson in the Cheltenham paddock.

After playing the four holes Johnston swapped jobs, being encouraged onto an Equicizer and impressing the Grand National-winning riders.

Johnston said: "This was only my second time at Cheltenham and it was an honour to be in the company of two jockey legends.

"Playing on the actual racecourse was definitely extraordinary but great fun. Ending the day on the Equicizer was an experience but I am happy to say I am going to stick to the day job." 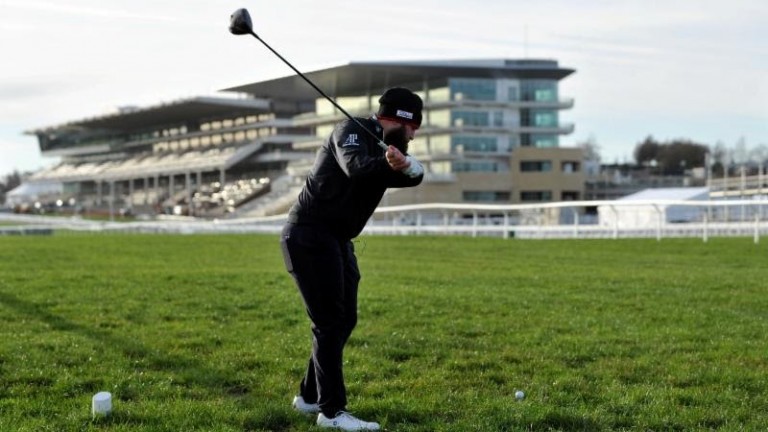 'Beef' Johnston in action at Cheltenham

The action will be shown as part of Fitzgerald's ITV Racing 'Extraordinary Tour' series building up to the four-day Magners Cheltenham Festival in March.

While Johnston won the putting competition, nearest to the Cheltenham Gold Cup on the parade ring lawn, Fitzgerald and McCoy gave him a run for his money on the four holes laid out around the course.

One of the two par 3 holes involved a 180-yard shot at the flag [no holes were cut for the challenge] on the bank of the cross-country course.

The last hole, named the final furlong, was 450 yards and passed the last fence where the three stopped and Johnston heard the jockeys' Cheltenham memories of the fence, before giving them a lesson in flop shots over the fence.

Johnston, sporting the colours of leading Cheltenham Festival owner JP McManus, was given a strong workout on the Equicizer with McCoy spurring the golfer on with the help of a whip to end an extraordinary day.

FIRST PUBLISHED 5:42PM, JAN 22 2019
Ending the day on the Equicizer was an experience but I am happy to say I am going to stick to the day job