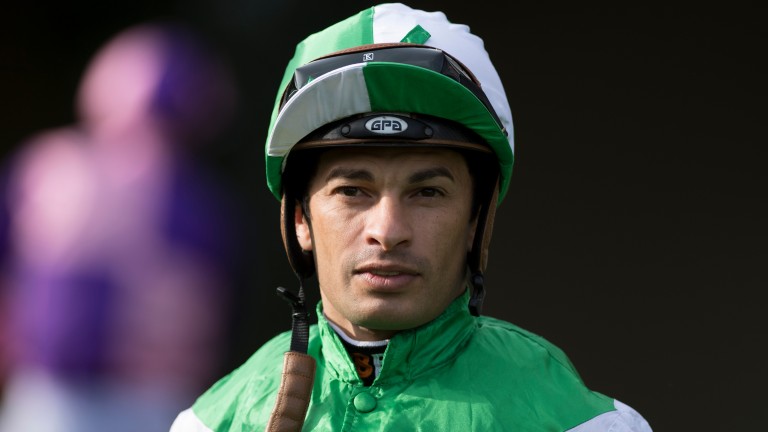 Champion jockey Silvestre de Sousa on Thursday lost an appeal against a seven-day suspension for failing to obtain the best possible placing in a race at Chelmsford last Friday.

De Sousa challenged the racecourse stewards' finding that he had eased off his mount Massam shortly before the line in a race in which the Mark Johnston-trained two-year-old was beaten a nose for third place.

The jockey, who presented a supporting letter from Johnston, told a BHA disciplinary panel he was riding a difficult colt who was having his first start and was hanging to his left for much of the straight.

"Not for one second did I stop riding," he said. "I was in full drive from two furlongs out. I never broke the momentum of my horse. I was trying to correct him and the only thing I could do was put my whip down and grab the horse to keep a straight line."

What do you think? Watch the Massam race here

But Lyn Williams, who presented the BHA case, said the Chelmsford stewards were "entirely right" in arguing that if De Sousa had ridden to the line he could have finished third.

He added: "There is no evidence on the video to suggest the horse hangs so badly he could not carry out his responsibilities."

De Sousa, who was represented by Harry Stewart-Moore, submitted his appeal on the grounds that the stewards did not take into account all of the circumstances in which he stopped riding.

This included information confirmed by Johnston that Massam, who was making his racecourse debut, had sufficient behavioural issues for the trainer to fly by helicopter from Sandown to Chelmsford to saddle him.

Johnston said he was satisfied with De Sousa's ride and had been surprised the jockey had been called in front of the stewards.

Stewart-Moore said: "Only once Mr De Sousa felt he was beat did he make the choice to focus on correcting the line of the horse rather than compete in a race in which he couldn't be placed as far as he was concerned."

However, the panel, chaired by Stuart Morrison, dismissed the appeal as it was satisfied De Sousa had eased off his mount six or seven strides from the line and confirmed the ban, which rules the jockey out from July 20 to 26 inclusive.

Morrison said: "The rules are there to make sure jockeys ride right out to the line. Silvestre De Sousa is an experienced senior jockey who should know exactly what his obligations were and for that reason we cannot modify the penalty."

To many observers the decision to find Silvestre de Sousa guilty of not obtaining the best possible placing on Massam at Chelmsford last week looked cut and dried.

But viewed in the context of the rider's pursuit of a third Flat jockeys' championship, his lodging of an appeal was understandable.

The state of the title race, in which De Sousa held an 18-win advantage over Danny Tudhope at the start of play, never came up during the hearing at the BHA offices in Holborn.

Throughout his testimony De Sousa argued Massam never lost momentum, but thanks to the impact of a seven-day ban his title defence will.

At this time of year a jockey with De Sousa's work ethic can collect wins by the bucketload. On Wednesday Oisin Murphy rode a five-timer, in the process becoming the first to 100 winners in the calendar year.

In the preceding 14 days De Sousa has been outscored by Tudhope, with 16 winners, and Jim Crowley, 15.

So if De Sousa is serious about the jockeys' championship he will not need reminding this is another race in which he can ill afford to ease up.

FIRST PUBLISHED 12:03PM, JUL 12 2018
Not for one second did I stop riding. I was in full drive from two furlongs out. I never broke the momentum of my horse