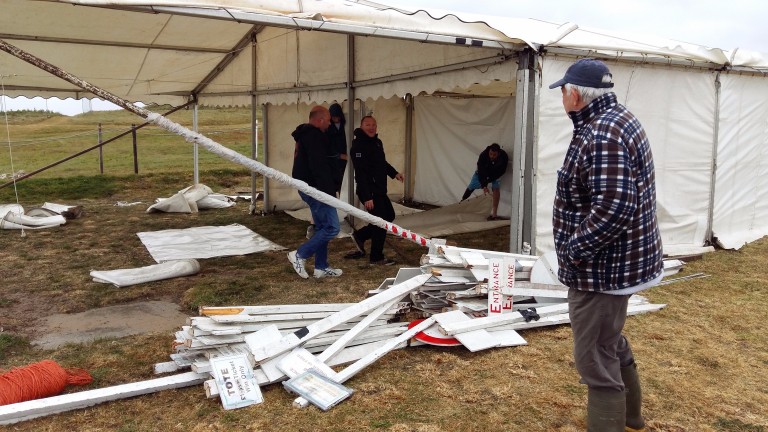 British trainers spearheading a mini-invasion of Guernsey on bank holiday Monday have been scuppered by adverse weather conditions which led to a ferry company refusing to transport horses to the island.

Their disappointment is nothing, however, compared to that felt by the local Guernsey Race Club, which has held meetings off and on since the late 19th century.

The club has been forced to abandon for the first time since 1993, as intended runners from nearby Jersey have also been barred from travelling.

Former club president Jim Jamouneau fears the consequences will be disastrous, and explained: "Without horses from Britain or Jersey we would have next to no runners, so we've been forced to abandon.

"But we've already set up the track and spent £7,000 on tents, on top of which there are all the costs associated with toilet hire, bar staff, the brewery and so on. 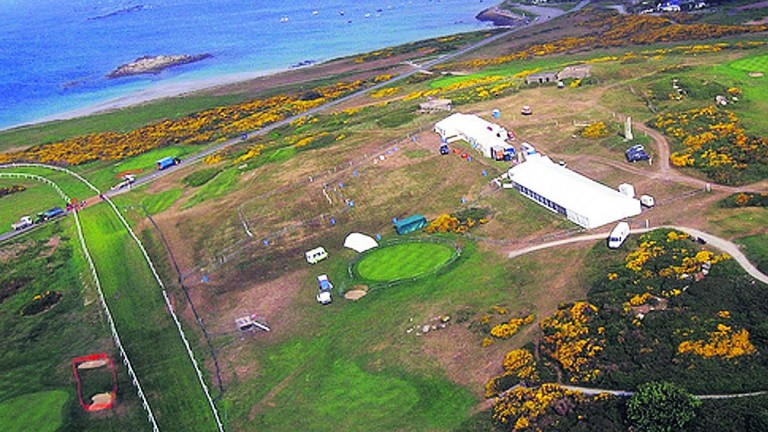 The racecourse at L'Ancresse, with the running rails bottom left

"We've got 200 booked in hospitality and we hoped we might be able to put something on for them still, but now the tent company say they are going to have to come and take the tents down because the winds are going to get up and the insurance won't cover it.

"We've even got a trainer emailing us already claiming against us for their hotel costs – as if it's our fault the horses can't travel. It's a disaster for us."

The meeting was due to be held at the pretty beachside location of L'Ancresse, where the racecourse is created by placing running rails originally purchased from Ascot around the local golf course.

Mick Appleby, Clare Ellam, David Evans, Tom Gretton, Natalie Lloyd-Beavis and Martin Smith were all due to send 14 runners, on top of which there were another ten declarations from Jersey. There was due to be just one runner from Guernsey itself.

Jamouneau said: "The horses were due to travel with Condor on the fast ferry from Poole, but the captain said on Saturday afternoon he wouldn't carry any horses because of adverse weather in the Channel – although it doesn't seem that bad. 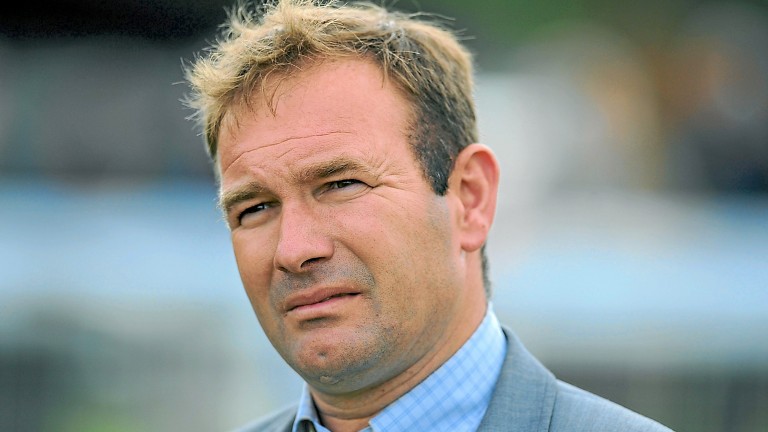 Mick Appleby: one of a number of British trainers who were going to send runners to Guernsey
Alan Crowhurst

"We might have carried on still if we had got the Jersey runners here, but Condor wouldn't bring them either, although that's only a trip of an hour.

"We'll look at rescheduling in September, as that's the next opportunity, but we might not have any money left after this. It's disastrous."

Newmarket trainer Smith, who planned to run Safira Menina, said: "It looked a good opportunity and the owner, Bob Clarke was already there and can't understand it as he said the weather wasn't too bad.

"We were all looking forward to our first excursion off the mainland and it would have been a good little test run for us."

In a statement, Condor Ferries said its policy was not to transport horses and other livestock if wave heights are above 1.5-2 metres.

The decision to cancel the transportation at the weekend was taken due to adverse weather conditions, with recorded wind speeds of up to 50 knots (in excess of 55 mph) and wave heights of up to 20ft.