Inspirational: the day Pat Smullen had another big winner up his sleeve

Jockeys for the Champions Race for Cancer Trials won by the Sir Anthony McCoy-ridden Quizical pose for a picture with Pat Smullen (back, centre) at the Curragh last year
Alain Barr (racingpost.com/photos)
1 of 1
By Alan Sweetman 7:02PM, SEP 16 2020

This article first appeared in the Racing Post Annual 2020

Irish Champions Weekend is a showpiece occasion with two days of top-class action featuring six Group 1s and a host of valuable supporting races. And yet, as a wealth of drama unfolded at Leopardstown and the Curragh over those two days, all else at the 2019 edition was overshadowed by a contest valued at a token €59.10.

The Pat Smullen Champions Race for Cancer Trials Ireland, contested over a mile at the Curragh by an elite group of nine retired former champion jockeys, was a remarkable and unique occasion.

As the racing world united to support a project initiated by nine-time Irish champion Smullen, the Curragh witnessed an afternoon of profound emotion, at times heartrendingly poignant but ultimately richly inspirational. In excess of €2.5m was raised by the venture, a tribute to the respect and affection inspired by Smullen, who announced his retirement from the saddle in May, just two weeks before his 42nd birthday.

Smullen’s diagnosis with pancreatic cancer in March 2018, ten days after partnering his final winner on Togoville for Anthony McCann at Dundalk, cast a pall over the subsequent Irish season. By the end of 2018 there was better news when the jockey recounted a successful spell of chemotherapy, the removal of a tumour and a hard-fought recovery from complications arising from surgery.

Smullen clung to the hope of returning to the saddle. By early May he was forced to concede to medical advice. “I’m almost 14lb heavier than when I was riding and when I explained to my doctors what would be involved in getting down to a riding weight they strongly advised it would not be wise to go down that road. They told me it would be very foolish, as it could compromise my immune system,” he said.

Smullen, from Rhode in County Offaly, obtained early experience with Joanna Morgan and with local trainer Tom Lacy, who provided his first win on Vicosa at the old Dundalk track in 1993. He spent two years with John Oxx and was champion apprentice in 1995 and 1996. The following year he enjoyed a first Group 1 success on Tarascon for Tommy Stack in the Moyglare Stud Stakes.

After joining Dermot Weld as understudy to Mick Kinane, Smullen became stable jockey at Rosewell House in 1999 when Kinane left to team up with Aidan O’Brien. Reflecting on a 20-year association with Weld, Smullen said: “Dermot is a great trainer, always has been. It wasn’t easy in the early years. He could be very strict, but he was the making of me and we developed a very successful association over the years.” 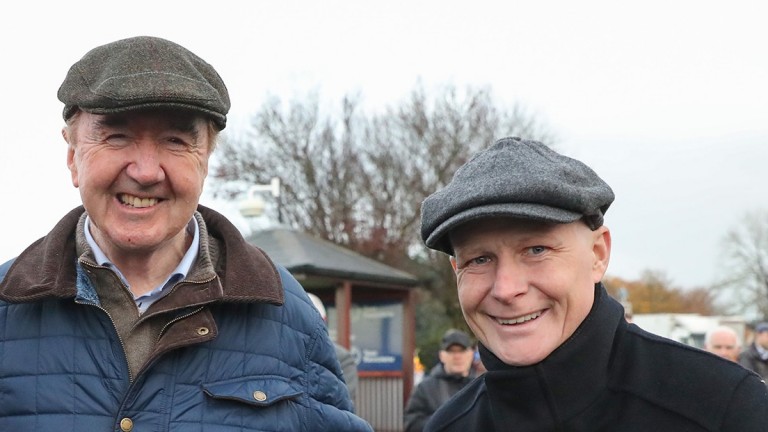 Smullen’s alliance with Weld was responsible for 11 of his 12 European Classic wins, the first achieved in the 2001 Irish St Leger with Vinnie Roe, who quickly followed up in the Prix Royal-Oak. Smullen rode Vinnie Roe to four consecutive Irish St Leger victories and the pair finished second behind the great Makybe Diva in the 2004 Melbourne Cup.

Refuse To Bend became his first British Classic winner when landing the 2,000 Guineas in 2003. The following year he won the Irish Derby on Grey Swallow.

On account of his commitments to Weld, Smullen never enjoyed the same degree of opportunity on the international circuit as Kinane and Johnny Murtagh, the first two Flat jockeys in Irish racing history to carve a global reputation from a domestic base.

However, he made the best of the chances, such as when landing the 2007 Prix de l’Abbaye on Benbaun for British-based Tipperary native Mark Wallace, and taking the 2008 Breeders’ Cup Marathon at Santa Anita on Muhannak for Ralph Beckett. In all, he won six Pattern races on Benbaun, though that was small beer relative to his record of 20 stakes-race wins on Famous Name for Weld.

Smullen enjoyed a golden season in 2015 when his big-race haul included the Irish Oaks and the Prix de l’Opera on Covert Love for Hugo Palmer, Royal Ascot success for Weld on Free Eagle in the Prince of Wales’s Stakes and on Snow Sky for Sir Michael Stoute in the Hardwicke Stakes, the Champion Stakes on the Weld-trained Fascinating Rock, as well as the Tattersalls Millions Trophy on Gifted Master for Palmer.

In 2016 he set the seal on his career with a Derby/Irish Derby double on Harzand for Weld and the Aga Khan, and compiled his highest annual domestic total, 129, of which 21 came at Listed level or above.

Smullen’s fitness and mental strength, key weapons in his armoury as a rider, served him well during the battle to regain health after being diagnosed with a notoriously aggressive cancer. In May, when announcing his retirement, he looked strong and healthy, exuding a characteristic positivity and determination. At the same time, he was aware of what the future could hold. “My treatment has been completed and I will be having regular check-ups to keep on top of the situation, as there is always the chance the cancer could return,” he said.

Smullen was set to join the nine for a one-off comeback until a setback to his health in August ruled him out. He never wavered from the task he had set himself and showed relentless energy in bringing the plan to fruition.

When the day came around, Pinatubo produced an electrifying performance in the National Stakes, his old boss rose to the occasion by saddling Search For A Song to win the Irish St Leger in the Moyglare Stud colours Smullen had so often worn with distinction, and his brother-in-law Aidan O’Brien won the other two Group 1 contests.

But the imposing new Curragh roof was really raised when McCoy guided Quizical to beat Walsh on Aussie Valentine. Wonderful stuff. “It’s not about me, it’s about raising awareness and vital funds,” Smullen said.

A modest man by nature, he would never have made it about himself. Yet it was to Smullen that the racing world responded with a rare solidarity of purpose and generosity of spirit on an unforgettable day.