Pat Smullen CALLING IT A DAY 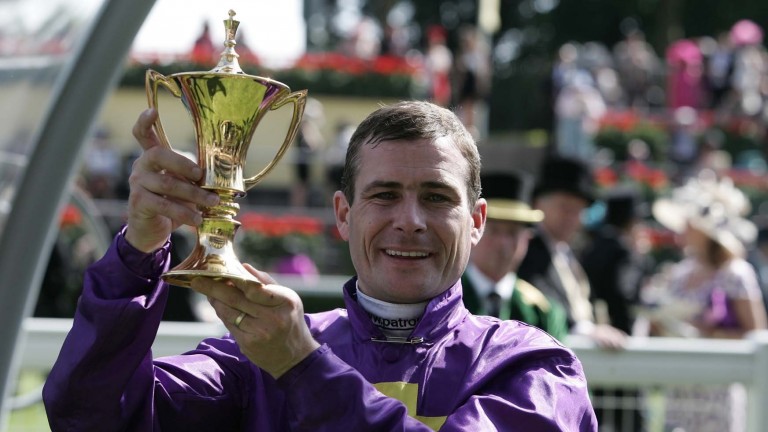 Pat Smullen holds the Gold Cup aloft after winning the Royal Ascot race on Rite Of Passage in 2010
Caroline Norris (racingpost.com/photos)
1 of 1
By Tony O'Hehir UPDATED 6:51PM, MAY 7 2019

Nine-time Irish champion jockey and Derby-winning rider Pat Smullen has announced his retirement from the saddle after completing an inspirational recovery from pancreatic cancer.

Smullen's decision not to return to competitive action brings the curtain down on a glittering career that yielded 12 European Classic victories, including a memorable triumph in the 2016 Investec Derby at Epsom aboard Harzand for long-time allies Dermot Weld and the Aga Khan.

Watch Pat Smullen win the Derby on Harzand in 2016

Explaining his decision to the Racing Post, Smullen, who will turn 42 in two weeks' time, said: "I had hoped to resume my riding career, but I've taken the decision to retire on medical advice.

"My treatment has been completed and I will be having regular check-ups to keep on top of the situation as there is always the chance the cancer could return.

"My decision is a sad one, but it is the right thing to do and it's a case of putting my body, my health and my family first."

Detailing the reasons behind his decision, Smullen added: "I'm almost 14lb heavier than I was when riding and when I explained to my doctors what would be involved in getting down to a riding weight they strongly advised it would not be wise to go down that road.

"They told me it would be very foolish as I could compromise my immune system." 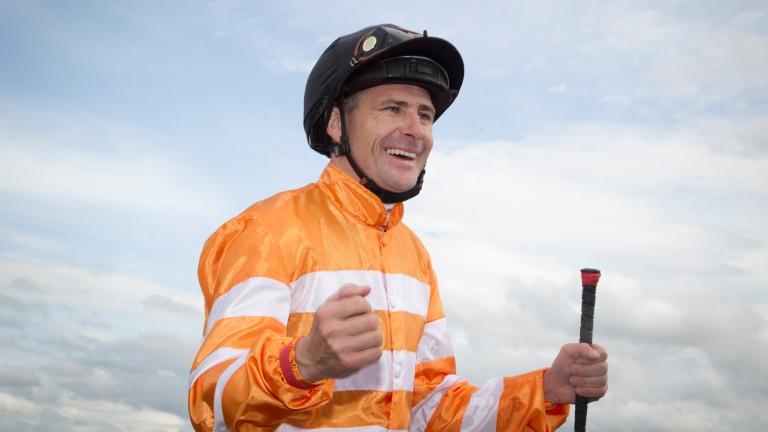 Pat Smullen celebrates winning the the 2015 Darley Irish Oaks on Covert Love at the Curragh
Patrick McCann
However, Smullen is planning to ride out for Weld, with whom he maintains a close relationship. Keen to remain part of the Rosewell House set-up that he has played such a pivotal role in for the past 20 years, Smullen said: "Dermot is keen to have me riding out and I'm really looking forward to doing so in the near future."

Looking back on his career, Smullen said: "There are so many people I have to thank for getting me on the ladder. First there was Joanna Morgan. She gave me a start when I was introduced to her by my brother Sean who was working for her.

"I then went on to be apprenticed to Tommy Lacy near my home place in County Offaly. He gave me many opportunities and I rode my first winner on one of his horses, Vicosa, at Dundalk in its pre-Polytrack days in 1993.

"I spent two years with John Oxx and rode my first Group 1 winner, Tarascon, for Tommy Stack in the Moyglare Stud Stakes at the Curragh in 1997."

Those early experiences led to his long-running association with Weld, succeeding Mick Kinane in 1999.

Smullen said: "Getting the job with Dermot was my big opportunity. I got great support from Walter Haefner and Stan Cosgrove at Moyglare Stud, and more recently from Eva Maria Bucher-Haefner, who was a great supporter of me as a jockey and in my recovery from illness.

"Dermot is a great trainer, always has been. It wasn't easy in the early years. He could be very strict and pointed out mistakes I was making, but it was the making of me and we developed a fruitful and very successful partnership over the years."

Being number-one jockey at Rosewell House contributed handsomely to Smullen's nine championships and involved many big-race successes, including the Epsom-Curragh Derby double with Harzand, an Irish Derby on Grey Swallow, two Irish 1,000 Guineas on Nightime and Bethrah and four consecutive Irish St Legers on Vinnie Roe.

In addition to Harzand's Derby triumph, his major wins for Weld in Britain included the 2,000 Guineas on Refuse To Bend, the Ascot Gold Cup on Rite Of Passage, the Champion Stakes on Fascinating Rock, the Prince of Wales's Stakes on Free Eagle and the Sun Chariot Stakes on Dress To Thrill on whom he also won the Grade 1 Matriarch Stakes in the US. 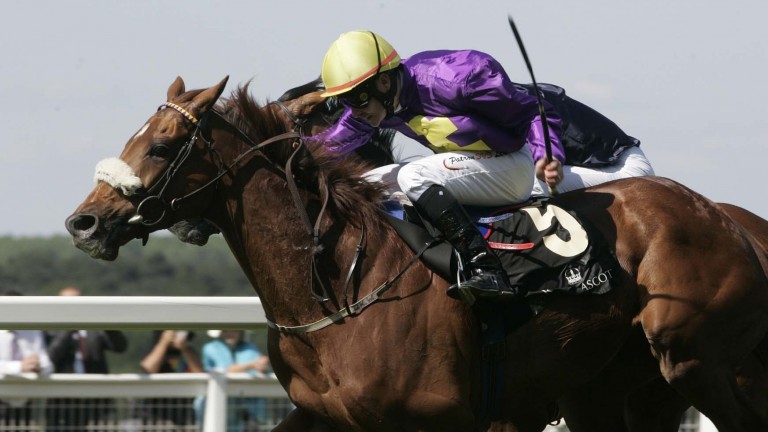 Pat Smullen rides Rite Of Passage to victory in the Ascot Gold Cup
CAROLINE NORRIS
Smullen, who was champion apprentice in 1995 and 1996, rode what proved to be his last winner when scoring on the Anthony McCann-trained Togoville on March 16, 2018, back at Dundalk.

He was diagnosed with cancer ten days later and within a couple of days he revealed publicly that extensive tests had identified a malignant tumour as the cause of serious pain he had been suffering in his abdominal area.

Smullen subsequently underwent an intense round of successful chemotherapy before then having major surgery to have the shrunken tumour removed in October.

While the surgery went well, physical complications arose afterwards and he had to go under the knife again around three weeks later, a time he has described as the toughest in his life.

He remained in hospital for a prolonged period, but his recovery has remained steady since his return home just before Christmas.

"I've received wonderful support from a lot of people," Smullen added. "My family and friends, my agent Kevin O'Ryan and so many owners, including those involved with the Weld yard, who I've ridden for over the years. And I owe an awful lot to the great medical team who have taken such good care of me over the past year or so."

FIRST PUBLISHED 1:23PM, MAY 7 2019
My decision is a sad one but it is the right thing to do and it?s a case of putting my body, my health and my family first