US Oaks hope Daddys Lil Darling gets to know Epsom 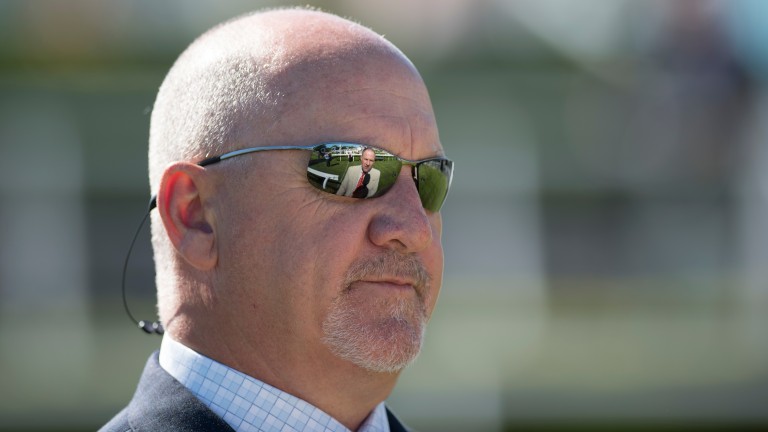 US Investec Oaks challenger Daddys Lil Darling delighted trainer Kenny McPeek and jockey Olivier Peslier with a spin around the unique cambers of Epsom on Friday.

Peslier flew in for the getting-to-know-you exercise, which covered the final mile of the course.

McPeek said: "It went fantastic. Olivier gave her a little bit of a gallop. She was fresher than I expected but it couldn't have gone any better. She's really doing well.

"She backed up past the eight-furlong pole and galloped from there, around Tattenham Corner and down the straight and then pulled up near the Rubbing House [pub]." 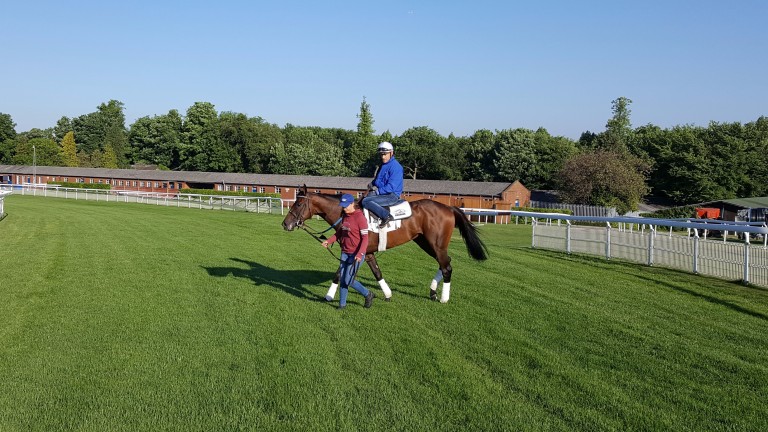 He continued: "I was a little worried the travel would knock her back but it hasn't. She's fresh and happy and everything is well.

"Olivier said she looked around a bit and was paying attention to the marks in the road, but other than that she did fine.

"I'm getting very excited. She's doing super and has a very good chance."

Any punter agreeing with that view can back Daddys Lil Darling at 40-1 with Betfair Sportsbook for next Friday's Classic.

Not worth backing is Vibrant Chords, second at Goodwood yesterday and among the market leaders for the Investec Dash. The four-year-old who will miss the race on Saturday week because trainer Henry Candy thinks the Derby day experience will be too much for him.

"The Dash is out," Candy revealed. "He has to wear earplugs and a hood in the parade ring and he wouldn't be able to hack everything going on on such a big day at Epsom."

'Best Of Days won't be ready'

Also missing the gig is Godolphin's Best Of Days, who had been a general 20-1 chance for the Investec Derby.

"Best Of Days won't be ready to run in the Derby as he just needs more time," said Palmer after watching the colt work on Newmarket's Limekilns gallop under Derby-winning rider Michael Hills.

"He's coming along fine but the race at Epsom would come a bit soon for him. We'll look for something later on."

The son of Azamour won two of three starts as a two-year-old but is yet to make his seasonal reappearance. He was snapped up by Godolphin following his impressive maiden victory at Sandown last July.

Best Of Days had been at Epsom on Tuesday, where he exercised during the Breakfast With The Stars event.

FIRST PUBLISHED 11:56AM, MAY 26 2017
She was fresher than I expected but it couldn't have gone any better. She's really doing well