Owner taking a tinkle rescued after falling into river at Lingfield 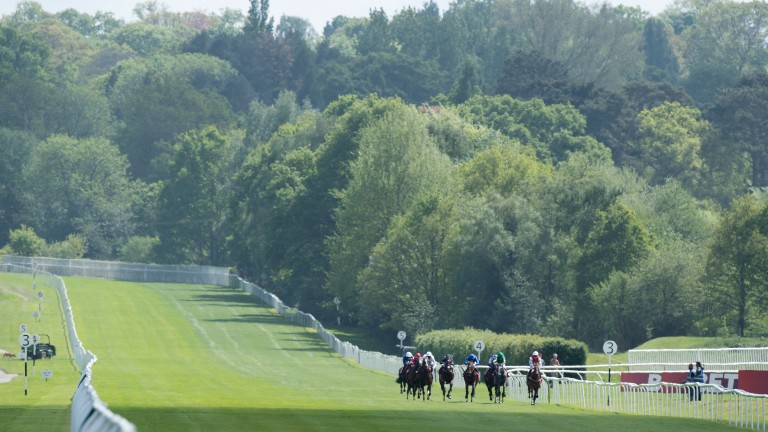 Racehorse owner Eddie Evans made a bigger splash than he expected when he arrived at Lingfield on Saturday night to back one of his horses.

Having spent the day at Royal Ascot where Medburn Cutler ran in the Queen Alexandra Stakes, he flew on to Lingfield with jockey Silvestre de Sousa, who was riding Medburn Dream in the feature handicap.

After disembarking from the helicopter Evans, in full morning dress, decided to answer the call of nature but in relieving himself beside the Eden Brook river in the middle of the course, slipped down the bank and into the water.

The racecourse sent an ambulance to recover Evans but other than being soaked through he was uninjured and was later able to welcome Medburn Dream back to the winner's enclosure in a change of clothes. 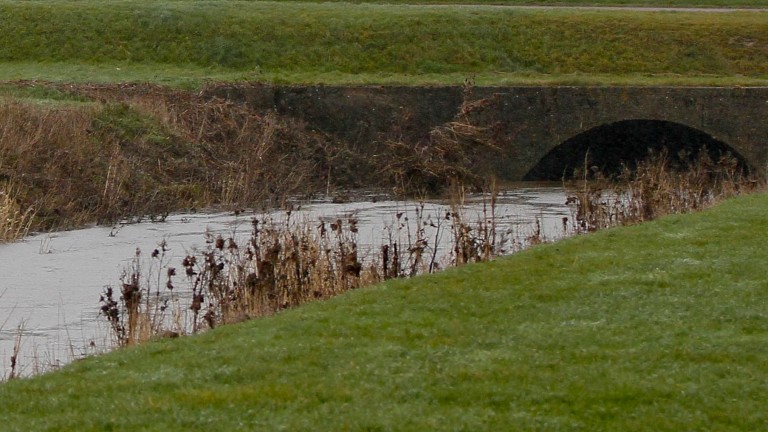 The Eden Brook river into which Eddie Evans fell

Evans said: "Because we had a runner at Ascot I jumped in the chopper with Silvestre and my other half to fly down to watch Dream win.

"When I got out I was busting and I looked round and there were no trees. So to be polite because we were in front of the stands I ran over next to this ditch where there are some bullrushes and over I went.

"I was drenched. I went four foot under water. When I went to the bookies to put a bet on Dream I had to give them wet £50 notes. They said it would be a day to remember."

The Paul Henderson-trained Medburn Dream, the 11-8 favourite, won by nine lengths, his first win since he completed an 18-day hat-trick last April.

Henderson said: "The course were very good. They got the doctor to check him over, let him use the hotel where he could shower and bath and lent him a tracksuit top and trousers."

Lingfield clerk of the course Ed Arkell said: "We despatched an ambulance during racing to assist a gentleman who we are pleased to report was unharmed."