Apprentice sensation has already ridden in 95 races this year 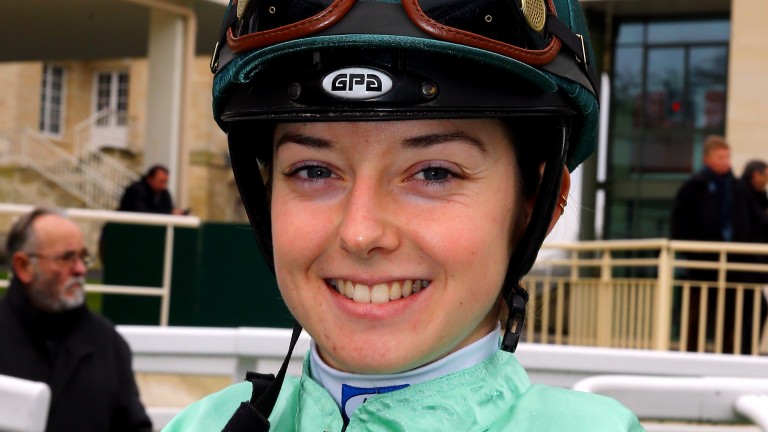 This time last year Mickaelle Michel was still debating whether to reapply for her licence after a career hiatus.

Having teamed up with jockey-turned-representative Fred Spanu last August, Michel, 22, enjoyed a fine end to 2017 and, powered by a renewed confidence in her own abilities and an agent's phone that won't stop ringing, she now sits at the very top of the jockeys' championship with 14 winners, having notched a first career treble at Cagnes-sur-Mer on Monday.

Michel is certainly a high-profile advert for France's sex allowance – which gives 2kg (4.4lb) to female jockeys, and can be used in conjunction with any apprentice allowance but which lasts once that claim is gone – although she is adamant that it played little part in her desire to give race riding another try after suffering an accident while travelling.

"I didn’t really expect it to take off like this and I am delighted to be on what is a real adventure," said Michel on Tuesday.

"When I took up my licence again last year my boss David Smaga and my agent, Fred Spanu, really backed me and gave me a lot of confidence. The allowance played no part in my decision to go back to race riding, it was more that the doctors gave me the green light."

Her apprentice allowance will go when she reaches the 70 winner mark (she currently has 32 career successes) but Michel is unconcerned it may soon be a thing of the past.

She said: "I am confident. If the trainers continue to play the game and I continue to work the way I am now, I don’t see why things shouldn’t continue to go well."

Spanu enjoyed a long career in the saddle and believes that Michel could go right to the top of her profession.

"Her career really only started six months ago and her statistics are incredible," said Spanu. "I’ve never seen anything like it and even Christophe Soumillon said to me that her progress is enormous.

"She is going to be a jockey, period, not a female jockey. She wants to have the chance, just like a man, to ride in Group races, all the good races down the line, and to ride in an Arc de Triomphe. If she loses her claim quickly it is because she is a good rider, whether she is a woman or a man. And in that sense she will have succeeded."

FIRST PUBLISHED 5:33PM, JAN 30 2018
If the trainers continue to play the game and I continue to work the way I am now, I don’t see why things shouldn’t continue to go well