Gronkowski ruled out of Kentucky Derby after setback 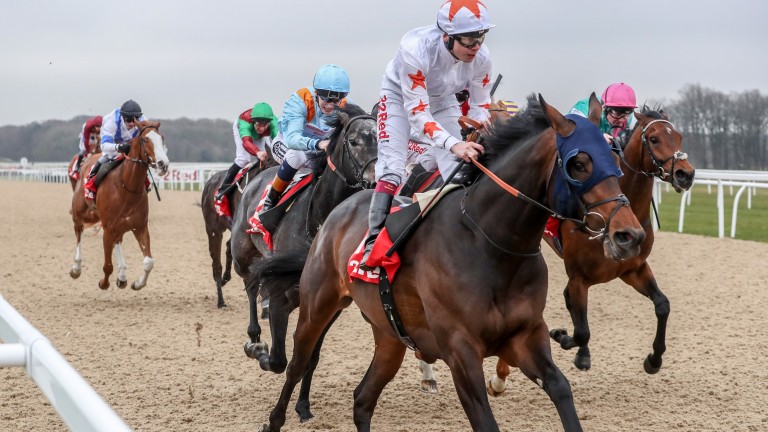 Kentucky Derby hopeful Gronkowski has suffered a setback that has ruled him out of the the Churchill Downs showpiece on May 5.

The colt, named after NFL ace Rob Gronkowski, was booked to fly to Kentucky this weekend but was ruled of the race on Monday having spiked a temperature over the weekend.

After trainer Jeremy Noseda raised the possibility that the trip could be in doubt earlier in the day, owners Phoenix Thoroughbred conclusively ruled him out of the race on Monday evening.

The owners tweeted: "We very much regret that #Gronkowski will miss the @KentuckyDerby after spiking a fever over the weekend and being treated with antibiotics. He can't make the long journey to Louisville but is doing well."

Gronkowski, unbeaten in four star starts on the all-weather, earned his place in the Kentucky Derby field with victory in the Listed Burradon Stakes at Newcastle on Good Friday, earning enough qualifying points to guarantee him a start.

His naming after New England Patriots tight end Gronkowski has won him a big following in the US and was further boosted when the NFL player took a stake in the colt's ownership last week.

FIRST PUBLISHED 12:43PM, APR 23 2018
We very much regret that Gronkowski will miss the Kentucky Derby after spiking a fever over the weekend and being treated with antibiotics