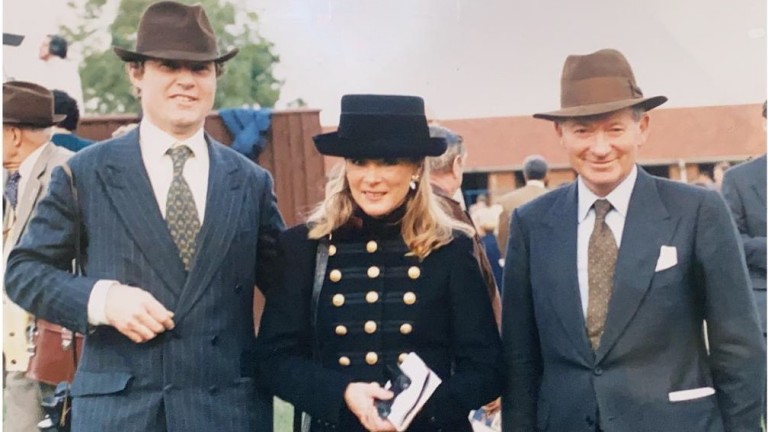 Successful owner-breeder Lady Hardy, whose family enjoyed remarkable success throughout the 1990s with popular Flat stayer Further Flight, has died at the age of 72.

Venetia Wingfield Digby was the daughter of the late Simon Wingfield Digby, in whose green silks Further Flight dominated the Jockey Club Cup at Newmarket with five successive wins from 1991. Her passions revolved around horses, with hunting, racing and breeding racehorses favourite pastimes.

Her father ran his breeding operation from Sandley Stud near Gillingham, Dorset, and was enthusiastically supported by his daughter.

Flying Nelly, winner of the Cambridgeshire in 1974, proved a foundation mare for the family and was the dam of Further Flight, who as well as his Jockey Club Cup heroics, won both the Goodwood Cup and Lonsdale Cup twice, as well as the 1990 Ebor at York.

After her father’s death in 1998, Sandley Stud was sold and Lady Hardy took over two of her father’s broodmares, Bustling Nelly and Nelly Do Da, at her home in Dorset. In 2002 Solo Flight, a relation of Further Flight, also trained by Barry Hills, won the valuable Courage Best Stakes at Newbury for Lady Hardy.

A keen horsewoman, she rode horses almost her entire life and was a regular at the Cheltenham Festival in March with her late husband Sir Richard Hardy.

Lady Hardy is survived by her four daughters, with a funeral and thanksgiving service to be held at Sherborne Abbey, Dorset on December 21 at 11.30am.

Rachael Blackmore 2-5 to land RTE Sportsperson of the Year

Rachael Blackmore has been installed as the 2-5 favourite to land the RTE Sportsperson of the Year award by Ladbrokes after eight nominees for the prize were announced on Friday.

Also nominated this week in the World Sport Star category at this month's BBC Sports Personality of the Year awards, Blackmore is one of an unprecedented six female sportspeople in the running for the RTE honour.

Kellie Harrington, who etched her name into the history books by winning gold in the lightweight boxing final at the Tokyo Olympics, is considered Blackmore's biggest challenger by layers as the 9-4 second-favourite. 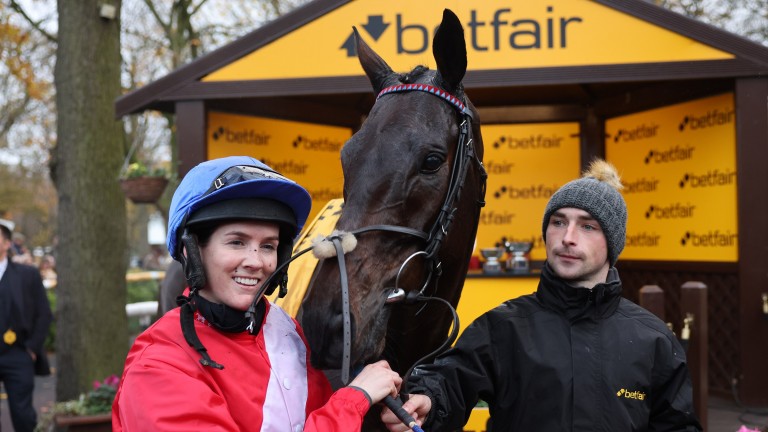 Rachael Blackmore won the Betfair Chase at Haydock on A Plus Tard in November
John Grossick (racingpost.com/photos)

Ladbrokes' Nicola McGeady said: "Rachael Blackmore has had an incredible year, making horseracing history at Cheltenham and Aintree. Although the competition is incredible, we think Blackmore deserves to come out on top."

Voting has opened for Blackmore's BBC award nomination and will close at 1pm on Tuesday 14 December. The award will be presented during the BBC Sports Personality of the Year show live on BBC One on Sunday 19 December.

Following on from the UK Government’s announcement of tightened restrictions as England moves to plan B, British Racing’s COVID-19 Industry Group has responded by requiring all racecourse attendees including participants, owners, officials, and spectators to provide either proof of full vaccination or a recent negative test.

From Wednesday December 15 anyone visiting a racecourse where attendance exceeds 4,000 will be asked on arrival to provide a mandatory Covid certificate.

Death of leading owner David Mort at the age of 92

David Mort, whose greatest moment as an owner came when the Ryan Price-trained Varingo won the 1979 Coventry Stakes at Royal Ascot, died on Tuesday aged 92.

Together with his wife Dorothy, to whom he was married for 62 years until her death in 2014, Mort was one of the most recognised faces on the racecourse and the couple were famous for their post-race parties in the car park at Royal Ascot.

The Morts had horses with both Richard Hannon and his son Richard jnr, who said on Tuesday: "You could not wish for nicer owners than David and Dorothy. They enjoyed plenty of success, too, and Major Cadeaux winning three Group races, including the bet365 Mile at Sandown, put them back in the big time. David was so supportive when I got involved in the yard and backed me all the way." 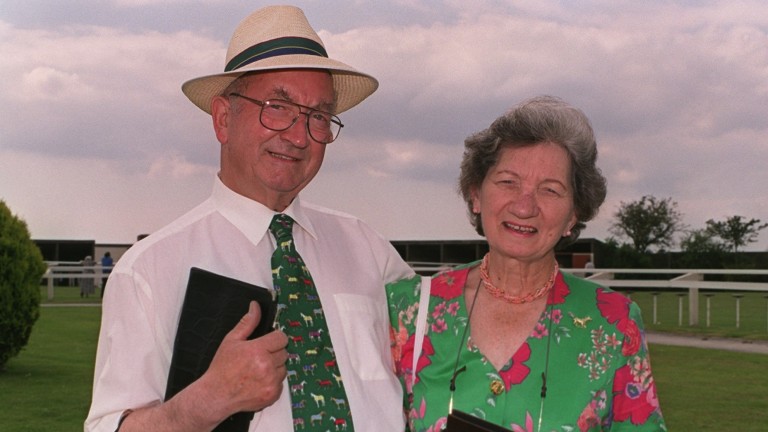 Mort was also involved in Petrushka, the champion three-year-old filly in 2000 after three Group 1 wins for the Highclere Thoroughbreds team.

Mort always maintained that October 13, 1992 was his best day's racing. Living close to Chepstow, where he entertained at every meeting, Mort had always yearned for a winner at the track but was unsuccessful until his evergreen sprinter Montendre, ridden by John Reid and trained by Matty McCormack, made his dream come true, cheered home by three generations of the Mort family.

Mort leaves two children, Tony and Cathy, who said: "Dad struggled in the final furlong, but he is now back with mum in the winner's enclosure."

A bursary scheme helping Irish jockeys, past and present, to receive education and upskill has been launched by the Irish Injured Jockeys.

Financial support for the initiative has been generously provided by the Pierce family in memory of their late mother Kathleen, who was an avid racegoer and major fan of both Shane Broderick and Dorans Pride.

Broderick's story, returning to racing as a trainer following a fall at Fairyhouse in 1997 that left him paralysed, prompted Kathleen's children Karl, David and Emma to support the Irish Injured Jockeys.

Grants will be made available to support the educational and career development goals of all licensed jockeys, aiming to provide riders with enhanced career prospects after they leave racing.

Applications are welcomed from all licensed jockeys and grant requests will be considered for any nationally recognised and accredited education or training courses.

"This is an area where we plan to devote increased resources to and I would encourage any current or former licensed jockey, thinking of returning to education or training, to consider applying for financial support."

Equuip, Horse Racing Ireland's education and training division, will support IIJ in managing the scheme. The application form is available on the IIJ's website.

Global equine science company Plusvital have stepped in to sponsor this year's leading trainer award at the Leopardstown Christmas festival.

Plusvital sponsored the summer series for trainers at the track this year, which was won by Joseph O'Brien, who was on hand to launch the sponsorship of the Christmas award.

Leopardstown boss Tim Husbands said: "It's such a pleasure to have Plusvital extend their partnership to include the Leopardstown Christmas Festival after such a positive summer. The trainer's championship, which ran across the summer, was positively received by all involved and it really added another dimension to the racedays.

"I've no doubt it will be the same for the Leading Trainer Award at this year's Christmas Festival; if not more, as the leaderboard will shift quickly across the four days."

FIRST PUBLISHED 5:00PM, DEC 3 2021
Lady Hardy rode horses almost her entire life and was a regular at the Cheltenham Festival in March with her late husband Sir Richard.

'Hopefully I can get a clear run in the spring'- Josh Moore closing in on return 'I was happy to get to the end of the dance without standing on Pasquale's foot' 'It was a shame' - jockey misses out on winner after positive Covid-19 test 'His work was very, very good' - Shishkin set for Energumene clash at Ascot 'I should have checked' - trainer fined after buying wrong horse in sales mix-up Trainers applaud HRI response to longstanding Dundalk balloting issue
Bookmaker
Price
E.W. Terms
bet365
Open Account
Ladbrokes
Open Account
William Hill
Open Account
Coral
Open Account
Paddy Power
Open Account
Betfair
Open Account
Sky Bet
Open Account
Sporting
BetVictor
Boylesport
888sport