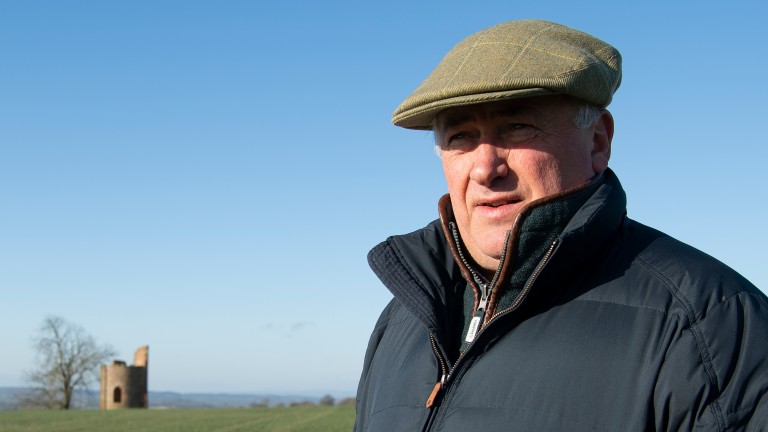 Always looking for an edge: Paul Nicholls, 11-time champion trainer, surveys the scene from the top of his gallops
Edward Whitaker (racingpost.com/photos)
1 of 1
By Stuart Riley UPDATED 9:32PM, APR 7 2021

They are the 40 most prized seats in the weighing room and 2021 Grand National rides are disappearing quickly with a whole host of bookings announced on Wednesday.

Paul Nicholls revealed his two runners, Give Me A Copper and Yala Enki, would be ridden by stable jockeys Harry Cobden and Bryony Frost respectively, while Jonjo O'Neill Jr was confirmed for Mister Malarky.

Robbie Power will keep his partnership intact on the Jessica Harrington-trained Magic Of Light, runner-up to Tiger Roll in 2019, while Nick Scholfield is booked to replace Paul O'Brien on Lord Du Mesnil.

Nicholls said: "We've got Yala Enki, who I think is a really lively outsider for Bryony, and Give Me A Copper, who Harry will ride. Give Me A Copper is good when he's fresh, which is why we haven't run him since Doncaster. We think the National might suit him and hopefully he's on a going day." 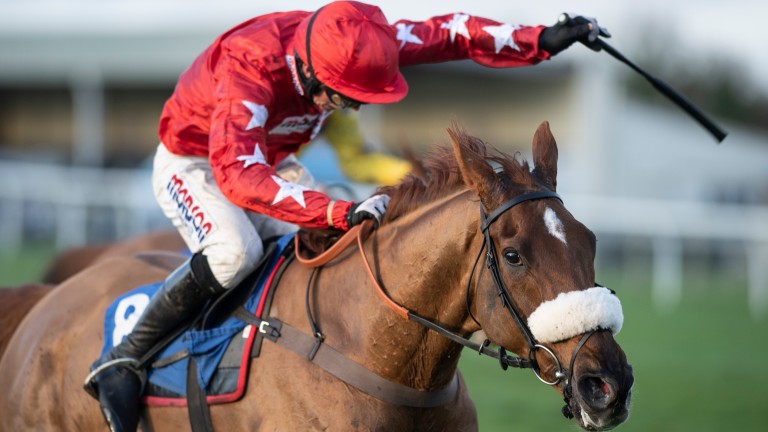 Give Me A Copper: will be ridden by Harry Cobden in the Grand National
Edward Whitaker

Champion jockey Brian Hughes, who rides Lake View Lad in the Randox-sponsored marathon, has opted to skip the second day of the three day meeting and instead goes to Sedgefield for six rides.

Hughes had intended to be at Aintree for all three days, but with his title battle with Harry Skelton escalating and his main rival committed to Aintree, Hughes has taken the opportunity to go elsewhere in the search for winners.

One jockey who will not be in action this week, and for the foreseeable future, is Sean Houlihan who is awaiting an operation on his back following a horror fall at Plumpton on Monday.

His boss Philip Hobbs said: "He was supposed to have an operation today on a vertebra he's smashed, but that's now being left until tomorrow.

"He's broken a rib as well. I don't know how long he'll be off, but obviously it'll be a bit. We'll know more after he's had the operation, probably on Friday."

One trainer, jockey, horse and race to watch at the Grand National meeting

FIRST PUBLISHED 6:04PM, APR 7 2021
We think the National might suit him and hopefully he's on a going day