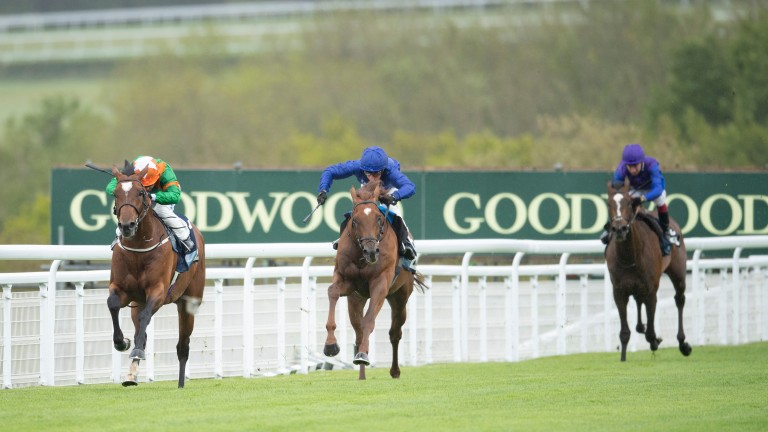 A drop of rain and a generous gallop are the two things Martyn Meade wishes for when he aims to hit the big time with Lone Eagle in the King George VI and Queen Elizabeth Qipco Stakes at Ascot on Saturday.

Meade, based at the historic Manton training complex in Wiltshire, saddled his first winner in the 1970s, but King George glory for his agonising Irish Derby second would be the biggest by far in that long career.

The mount of Frankie Dettori, who is seeking a record eighth King George, Lone Eagle had the form of his Curragh effort boosted in spectacular style recently when the winner Hurricane Lane stormed home in the Grand Prix de Paris.

"Everything is on track," Meade said on Wednesday. "It's a major ask but he deserves to be there on his run at the Curragh and a lot of it now will depend on the ground changing with a few of the others a bit dependent on conditions.

"We can go on quick ground because we proved that at the Curragh, but I'd quite like to see a bit of rain to slow the others down."

There was on Wednesday a small chance of rain at Ascot – where the ground was described as good to firm, good in places – and thunderstorms are possible for Friday evening and on Saturday.

"He doesn't do a lot at home, which is the beautiful thing about him," Meade purred of his stable star. 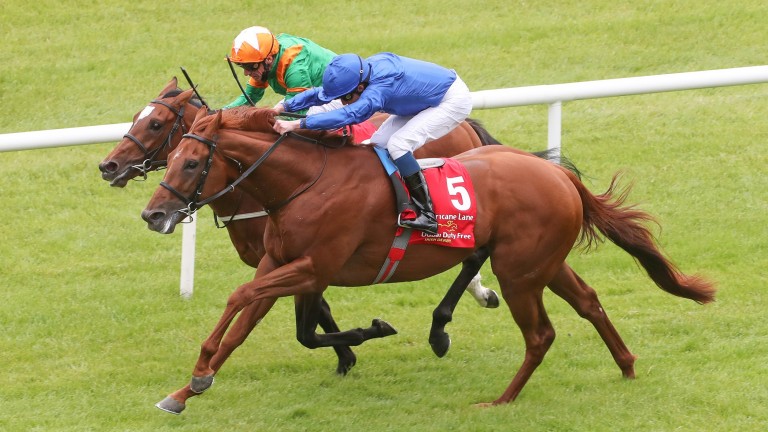 "These good horses are so easy and straightforward. He came out of the Irish Derby without a worry and didn't lose much weight with the travelling. He eats brilliantly and we don't need to do a lot with him. He's worked once since then, but what has happened since is the Grand Prix de Paris, which completely franks the form.

"It's pretty good form. I think we would need to improve on that by a couple of pounds looking at Love, but you can do all the scientific analysis you want and come Saturday it'll be how the race is run. One of the things that helped at the Curragh was a decent pace and the only problem was the [Aidan] O'Brien pacemaker fading and we were left to kick for home.

"We need to look for a bit of pace because he's not a sprinter. He's quick through the gears, a proper horse I reckon, and we'll see on Saturday whether he'll really go to the top or what his level is." 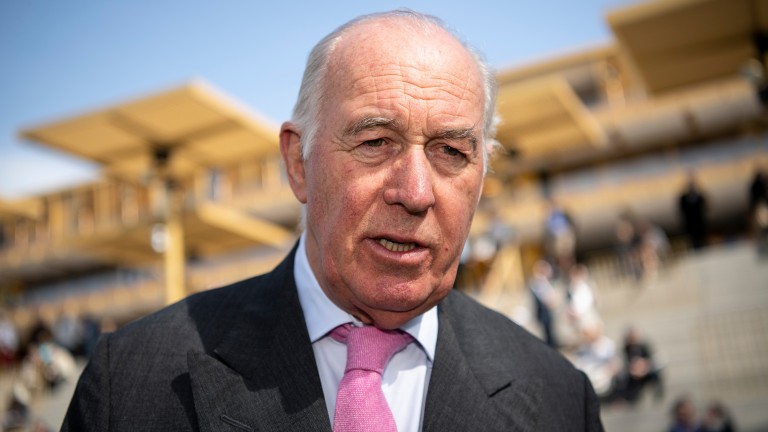 Martyn Meade: based at the historic Manton training complex in Wiltshire
Edward Whitaker

Meade, who trains Lone Eagle for Ballylinch Stud and Aquis Farm, added: "There's only one blip on his record and it's not really a blip as the Classic Trial at Sandown was just a bad race and not really him, but every other race he's improved all the way through.

"He liked the big galloping course at the Curragh and I think Ascot will be good for him as well and hopefully we can see his class, and whether it's good enough."

Covid-19 complications meant Meade did not travel over for the Irish Derby, when Lone Eagle shot into a three-length lead under Dettori only to be denied in heartbreaking fashion by Hurricane Lane on the line.

"It'd be fantastic to win the King George and it's what everyone works for," he said. "We're trying to get into that elite level, which is difficult, but hopefully he takes us there. It's all very well having a runner in these races, but you've got to win them and that's why it was so disappointing at the Curragh in that last furlong. I thought we had it and were then done on the line."

FIRST PUBLISHED 6:30PM, JUL 21 2021
He's worked once since the Irish Derby, but what has happened since is the Grand Prix de Paris, which completely franks the form