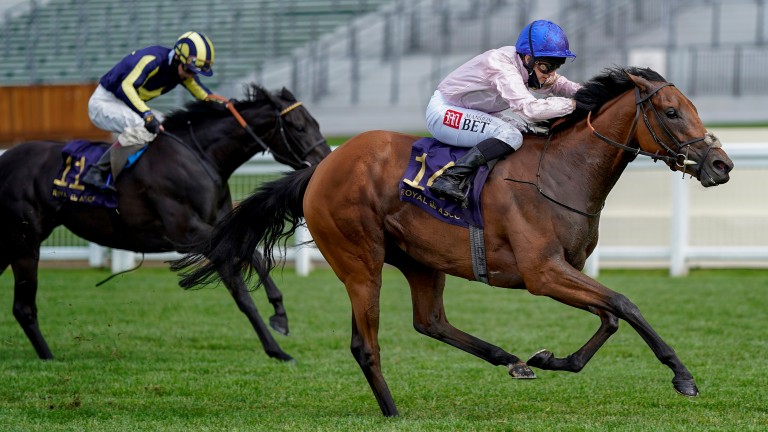 Charlie Fellowes is looking forward to "one last hurrah" with Onassis after connections opted to supplement the dual-Listed winner for the Group 1 Qipco British Champions Sprint at Ascot on Saturday.

Fresh from success in the Listed October Fillies' Stakes at Goodwood on Sunday, Onassis now takes aim at the £350,000 contest which is likely to be her final race before retiring to become a broodmare.

Owners Triemore Stud are hoping a good performance over Ascot's straight six furlongs will add additional value to the daughter of Dubawi as she embarks on her new career and have paid £25,000 to add her to Saturday's race.

Fellowes said: "She's a lovely tough filly who deserves a crack at a big one. She's to be retired at the end of the year but has won two Listed races and options are few and far between. 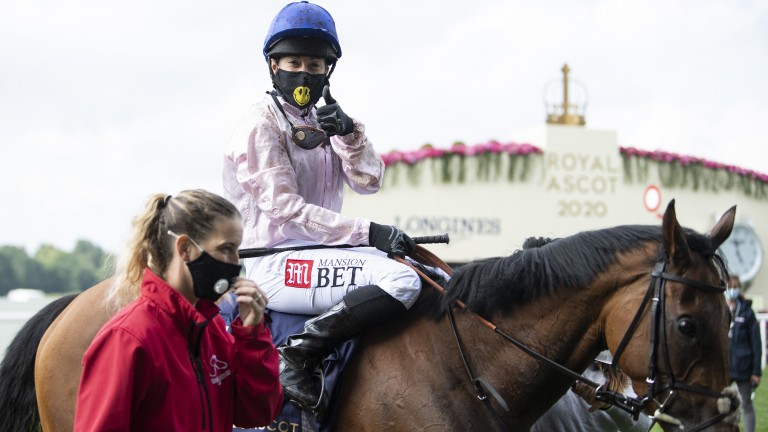 Hayley Turner celebrates after winning the Sandringham on Onassis
Pool
"We felt the only way we could add any more value to her pedigree before she retired is by running a big race like the Champions Sprint.

"It may well be a step too far but she won the equivalent of the supplementary fee at Goodwood and her owners are exceptionally game and want to have a crack. It will be one last hurrah.

"If she was to finish in the first four it would greatly enhance her pedigree and her future value."

A winner of four of her 12 starts, Onassis took the Sandrigham Stakes at Royal Ascot under Hayley Turner in June before landing the Listed Prix de Bagatelle at Chantilly two starts later.

Despite being a 25-1 shot, Fellowes remains confident the three-year-old will give her full running on Saturday in a race that has thrown up winners priced 25-1 and 33-1 in the last two seasons.

"Goodwood is a very sharp seven and Ascot is a very stiff six, so there's not a great deal in it when it comes to trip," Fellowes added.

"What we do know is that she handles conditions and the track. Ascot is very much a specialist track and she'll love the ground.

"She's exceptionally tough and she will run as well as she possibly can. She only lost two kilos for the race on Sunday and looks in great condition." 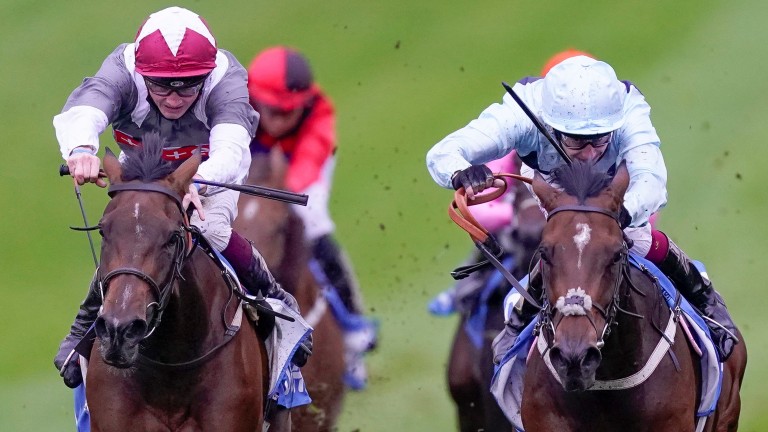 Candy said: "The driving factor behind the decision to supplement was Andrew Davis [owner]. He said I had full permission to lay the blame on him."

Jouska is a general 25-1 shot for the Champions Sprint, in a market headed by Haydock Sprint Cup winner Dream Of Dreams at 6-4.

FIRST PUBLISHED 11:06AM, OCT 14 2020
What we do know is that she handles conditions and the track. Ascot is very much a specialist track and she'll love the ground.