Latest END OF THE ROAD 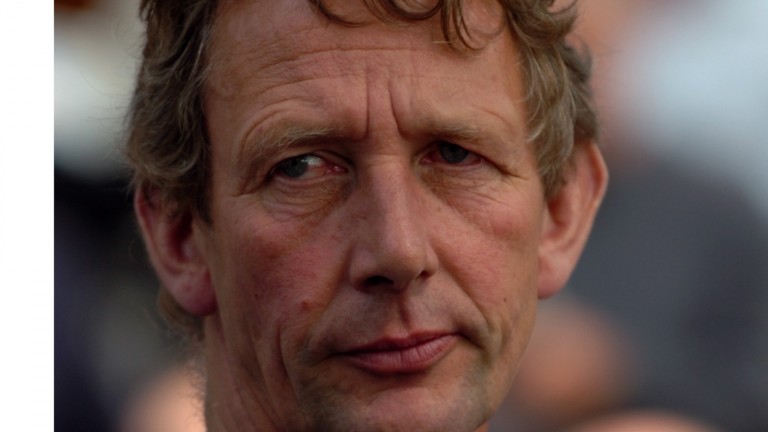 David Arbuthnot: reluctantly preparing to retire from training
1 of 1
By Graham Dench 6:08PM, MAY 14 2019

David Arbuthnot will leave the training ranks next month after 38 years with a licence, citing the BHA’s handling of a malicious doping case for which he was fined £1,000 as a significant factor in his decision, along with a run of bad luck that has led to diminishing returns.

Arbuthnot has trained approaching 500 winners and is among the few current licence-holders who have been successful at the Cheltenham Festival and at Royal Ascot.

Since 2011 he has been based near Dorking at the Henfold House Stable of Andrew Wates from which the late Terry Casey trained the 1996 Grand National winner Rough Quest. A position as private trainer to Wates is already being advertised, but Arbuthnot insists he is moving on by mutual consent. 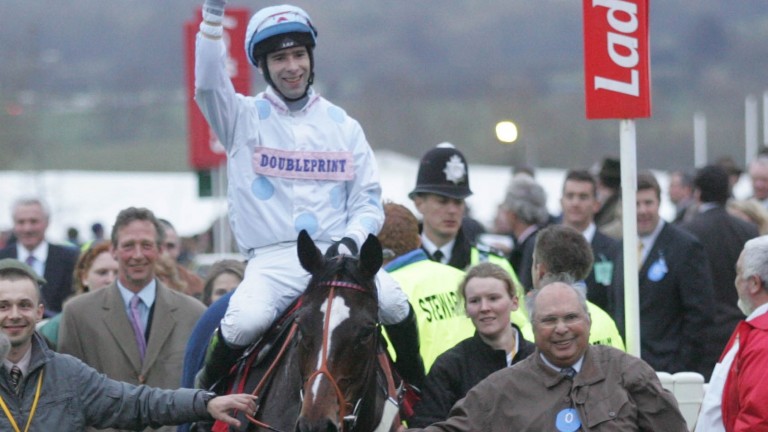 Happier times: David Arbuthnot (left) follows Oscar Park (Tom Doyle) and owner George Ward into the winner's enclosure following their win in the 2007 Pertemps Final at Cheltenham
Mark Cranham (racingpost.com/photos)
He said: "Andrew and I haven’t fallen out, but I’ll be leaving at the end of June. We haven’t had a great season and two horses that we hoped would carry us through both got killed.

"But while luck hasn’t gone our way there’s more to it than that and a big factor has been the business with the BHA that dates back nearly two years but was only recently heard by the Disciplinary Panel."

Arbuthnot was referring to an Inquiry held at High Holborn last month after an anonymous tip off led to his Strollawaynow testing positive for bute after being pulled up in a Newton Abbot handicap chase in June 2017, a BHA veterinary adviser having been told on the morning of the race that the gelding had been given feed containing phenylbutazone.

While the source of the prohibited substances was unclear the panel accepted that Arbuthnot was not involved in the administration, and that it was probably done maliciously by someone with a grudge.

Two suspects – a current and a former employee, neither of whom appeared before the panel – were referred to in proceedings only as Mr A and Mr B.

Mr A repeatedly failed to provide his telephone records and told investigating officers that he was on holiday abroad at the time of the race, but the stable’s records confirmed he had worked that day. The BHA has since given him an indefinite exclusion.

While the panel, which was independent of the BHA, concluded that "the investigation did not raise the finger of suspicion against any individual other than Mr A and Mr B", Arbuthnot was hit with an entry level fine of £1,000 under the BHA’s ‘responsible person’ rule. It is that fine, and perceived failings in procedures, that have left a sour taste.

Zucchero (Simon Whitworth, right) beats hot favourite Adiemus in the 2002 Lincoln at Doncaster
Martin Lynch (racingpost.com/photos)
Arbuthnot said: "The first I knew of anything was when the BHA turned up unannounced about a month after the race and told me Strollawaynow had failed a bute test. They went through everything and interviewed everyone, but they didn’t say anything about the tip off.

"That came out when they returned a month later, and by then the CCTV which could have revealed who was responsible had been wiped, as it’s only kept for six weeks or so. That was a missed opportunity, and it also emerged that the call had not been recorded, so that was another.

"It took two years to get to the disciplinary hearing and almost as soon as it started it was obvious that the case was being looked at in a similar light to Hughie Morrison’s [another malicious doping case, involving steroids administered to Our Little Sister, which concluded in December 2017 with the trainer also being fined £1,000 under the ‘strict liability’ rules]."

He added: "Fining me is just telling anyone with a grudge that they can do what they like and the BHA will pounce on the trainer. If it’s malicious, as the BHA admit it was, they should protect the trainer. As it is the guy with the grudge has won."

The BHA declined to respond formally, but underlined that the case was held before an independent disciplinary panel and pointed out that the full written reasons for the penalty, including Arbuthnot's lax control of the stable's medicine cabinet (the only criticism that it made of the running of the yard), can be found on their website.

Arbuthnot won the Duke Of Edinburgh handicap at Royal Ascot with Rinja in 1991 and the Pertemps Final at Cheltenham with Oscar Park in 2007, and he nominates his Lincoln win with Zucchero in 2002 and two Group 3 wins with Ringmoor Down as especially satisfying.

Plans are fluid. Arbuthnot said: "I’m going to take a bit of time off, but I won’t be retiring. I don’t know whether I’ll help somebody else or do some consultancy or buying and selling, but I can’t see myself setting up as a trainer again independently."

FIRST PUBLISHED 6:08PM, MAY 14 2019
If it?s malicious, as the BHA admit it was, they should protect the trainer. As it is the guy with the grudge has won

Hearing into controversy over Elliott picture under way at undisclosed venue Betting industry and racing welcome business support offered in Budget Why Asian crime gangs are a growing threat to racing's integrity Gordon Elliott barred from having runners in Britain while image inquiry goes on BHA welfare chief: it is our intention to get the best horses to Cheltenham Return of owners to racecourses scheduled for March 29 as BHA sets out roadmap