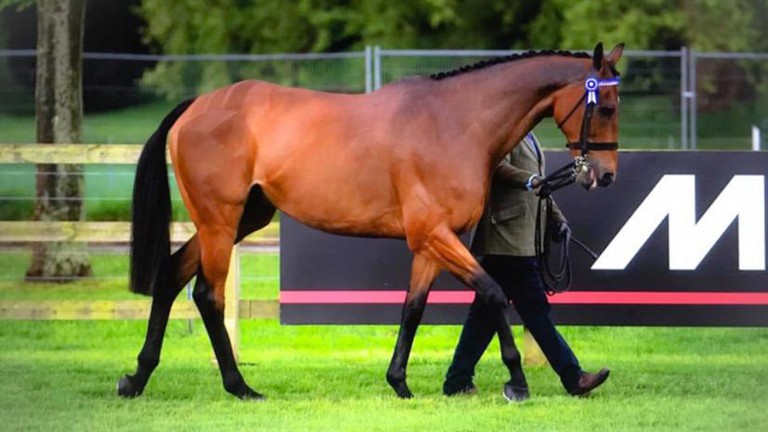 Cue Card, seen here being shown in-hand, is one of 270 retrained racehorses entered for the RoR Goffs UK National Championships at Aintree this week
Retraining of Racehorses
1 of 1
By Kitty Trice 5:39PM, AUG 19 2019

Cue Card, who is making his debut at the national championships, which starts on Tuesday and features showing, dressage and showjumping classes, will be among 270 retrained racehorses participating at Aintree over four days.

Having won more than £1.4 million in prize-money during a lengthy career in which he became a fans' favourite, Cue Card was retired from racing in April 2018 and is being retrained for showing by Katie Jerram-Hunnable, who previously enjoyed huge success with the Queen's Barber Shop.

Fellow top-level winner Coneygree, who only retired in February after winning nine of his 18 starts, qualified for the show when winning a class at the HEROS Charity Horse Show in June. Other notable names to take part include Sovereign Debt, Noland, Zarkandar, Annacotty and Thomas Crapper. 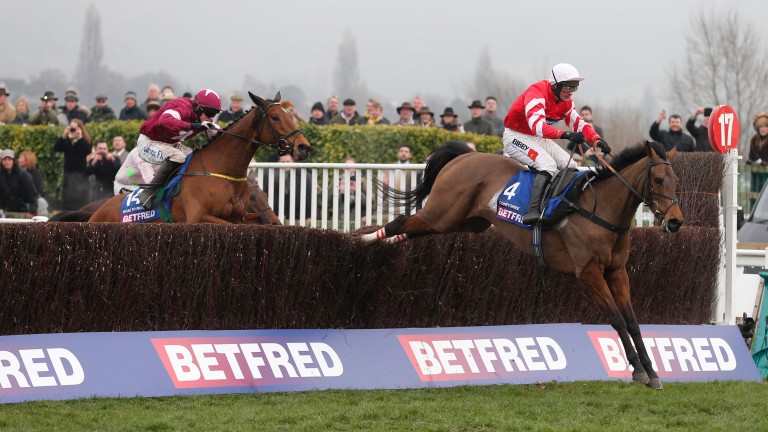 Coneygree: has taken retirement in his stride and heads for Aintree
Grossick Photography

Di Arbuthnot, chief executive of Retraining of Racehorses, said: "As well as Gold Cup and King George winners, the four days of competition provides opportunities for all former racehorses to excel in a different discipline, from dressage to jumping and showing.

"The whole event has a wonderful feel-good factor and it is so rewarding to see the pleasure working with former racehorses gives people. It does not matter whether they are competing in the elite finals or just a regular class, the smiles on their faces say it all."

FIRST PUBLISHED 5:39PM, AUG 19 2019
The whole event has a wonderful feel-good factor and it is so rewarding to see the pleasure working with former racehorses gives people