Welsh National rescheduled for January 9 and Newbury confident for Tuesday 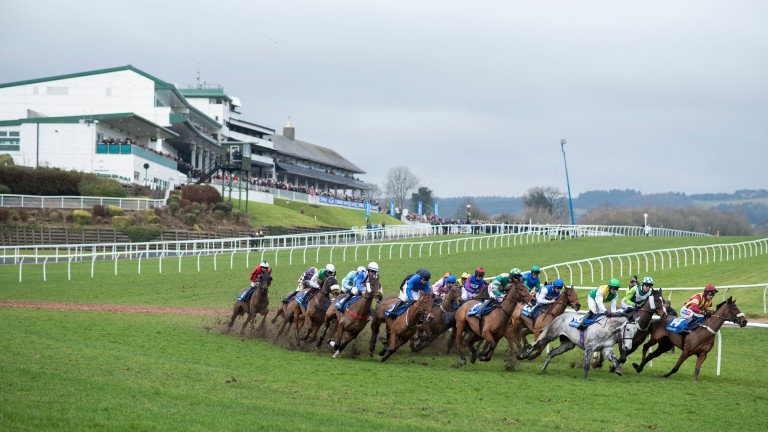 Chepstow: Welsh National meeting has been cancelled due to waterlogging
Edward Whitaker (racingpost.com/photos)
1 of 1
By Jack Haynes UPDATED 7:25PM, DEC 27 2020

The Coral Welsh Grand National meeting at Chepstow has been rescheduled for January 9 after being cancelled on Sunday due to waterlogged ground.

Chepstow was hit by 100mm of rain at the start of the week and a further 27mm of rain overnight left areas of false ground on the track that could not be bypassed.

It is a big blow for the Arena Racing Company-owned course as its showpiece fixture is a highlight of the festive racing programme.

Clerk of the course Libby O'Flaherty said: "It's such a shame to have to cancel the meeting as we've tried so hard to get the fixture on.

"We just have one problem area in the back straight, where the old water jump used to be, but it's on the chase and hurdle track and there's no way around it.

"The rest of the track has taken the 127mm of rain we've had in the past week very well, so it's very frustrating for everyone involved.

"We will reschedule the meeting for January 9 and hopefully the weather will be nicer to us then."

Limerick suffered the same fate on Sunday morning, with the track waterlogged after 18mm of rain overnight.

The fixture will now be held on Wednesday, December 30 (first race 12.50pm), with original entries standing and fresh declarations required by 10am on Monday.

However, the Grade 2 Lyons of Limerick Jaguar Land Rover Novice Hurdle has been transferred to Monday's card at the same track and will have the originally declared field in action.

Racing will now get under way at 11.55am – if passing an inspection at 8am on Monday morning – and is an eight-race card.

Monday's racing has already been hit with Leicester forced to cancel its all-chase card due to waterlogging and Fontwell's meeting also off.

Officials at Newbury are confident Tuesday's meeting – which features the Grade 1 MansionBet Challow Novices' Hurdle – will go ahead despite wintry weather in the forecast.

Rain and snow is forecast in west Berkshire on Monday morning, with low temperatures on the morning of raceday, and covers have been placed around the obstacles as a precautionary measure.

Keith Ottesen, clerk of the course at Newbury, said on Sunday: "We'll have some wintry showers from tomorrow and a little bit of frost from Tuesday. We've covered up the landings and takeoffs and we'll see tomorrow what we've got – whether that's snow, sleet or rain. We're keeping an eye on the weather and we'll take all the precautions.

"Daytime temperatures are looking quite promising and it's so far, so good. We had 6mm of rain, so it's soft ground and it should remain about that for Tuesday."

The going at Cheltenham is heavy ahead of Friday's New Year's Day fixture following 100mm of rain since the previous meeting concluded on December 12. Further rain is forecast before drying conditions later in the week.

FIRST PUBLISHED 7:52AM, DEC 27 2020
We just have one problem area in the back straight, but it's on the chase and hurdle track and there's no way around it