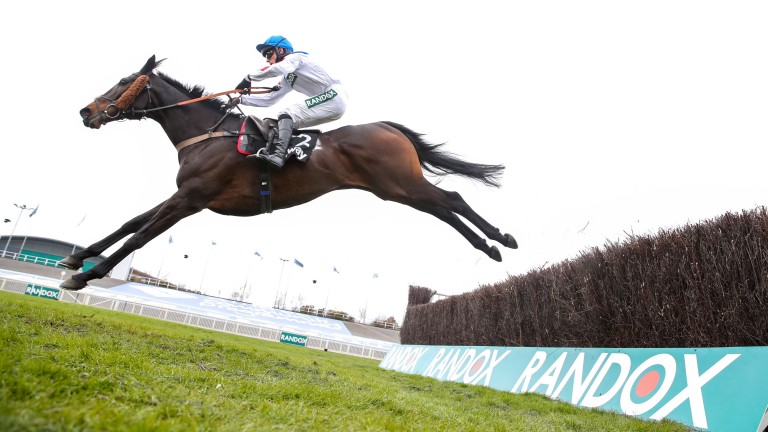 The number of elite-level jumpers in Britain is the lowest in a decade, with Clan Des Obeaux the only chaser to be marked 170 or higher in worrying results revealed in the Anglo-Irish Jumps Classification on Tuesday.

The handicappers' assessment is no surprise after British-trained runners won just five of the 28 Cheltenham Festival races and lost a string of other high-profile battles against Irish opponents.

As many as seven British-trained chasers were rated higher than 170 and 12 hurdlers achieved a mark of 160-plus in their best years in the past decade, but last season those tallies were one and three in the respective divisions.

Clan Des Obeaux was rated 172, 3lb behind the leading three-mile chaser Minella Indo, after he restored some British pride late in the season with victory in the Punchestown Gold Cup. 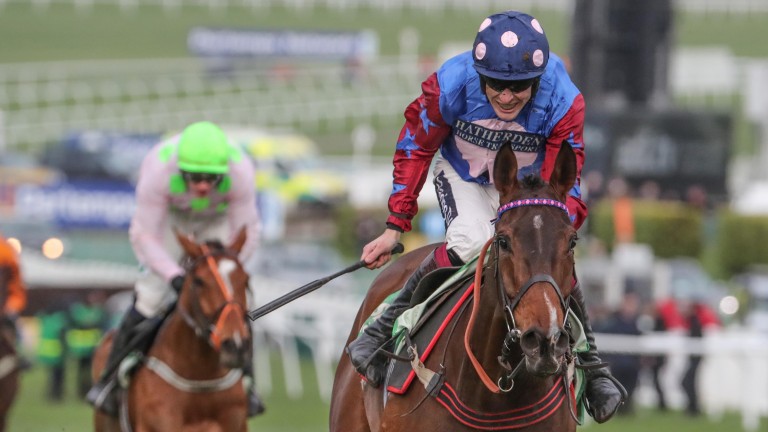 In the hurdling sphere, Paisley Park (163), Thyme Hill (162) and Silver Streak (161) confirmed themselves among the best, but the top four ratings went to Irish-trained rivals.

There was no outright British-trained leader in a division in this year's classifications. Arkle winner Shishkin was rated level on 169 with Energumene in the two-mile novice chase category, while a rating of 163 was shared by staying novice chasers Royale Pagaille and Irish-trained Envoi Allen and Monkfish.

Five of the top six hurdlers and chasers were trained in Ireland with 176-rated Chacun Pour Soi the best over fences and Champion Hurdle heroine Honeysuckle (165) topping her division. 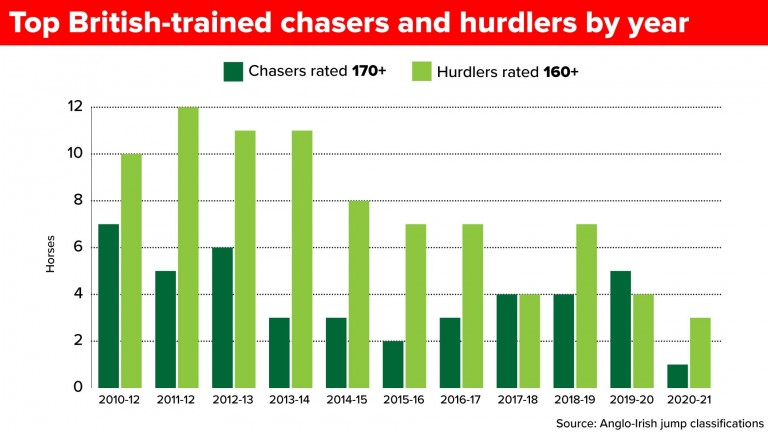 A review of British jump racing is in progress, with findings expected to be presented to the BHA board in the autumn.

Dominic Gardiner-Hill, the BHA's head of handicapping, said: "We said after Cheltenham there would be a review and that has started. We said there would be no knee-jerk reaction, and there hasn't been, rather a considered one.

"There's been a review set up at the top end of British jump racing and that will hopefully present its conclusions to the BHA board at some point during the autumn. The work has started, the process is under way."

'The ratings don't lie' - men behind the numbers have their say

Martin Greenwood, senior handicapper and responsible for assessing the chasers, said: "It was a below-par year for British chasers. But there are some green shoots with Shishkin, Royale Pagaille and Chantry House, so there are some interesting horses.

"I think a lot of things affect the English-Irish battle. Handicapping is a small part of it but we're going through a period where the Irish have the best horses. It's as simple as that."

Andrew Mealor, responsible for the BHA's hurdle ratings, added: "The ratings don't lie. You can see Britain isn't very well represented in this list. Clearly it's not been a good year but a lot of the top British yards have not had particularly good seasons. They're the sort of trainers we're expecting the top horses and Cheltenham winners to come from. That has a knock-on effect.

"Interestingly, the four best British novice hurdlers hadn't run at Cheltenham. That's only a small sample size and I'm sure they had their reasons but is that going to be a trend? Maybe Cheltenham isn't the be-all and end-all for some trainers."