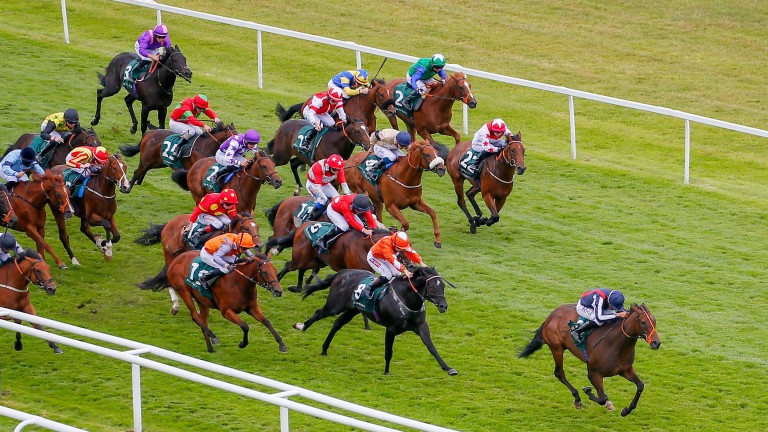 Having a runner in the Weatherbys Super Sprint was "like a lottery win" for owner Paul Gregory
Mark Cranham
1 of 1
By Chris Cook 3:54PM, APR 1 2021

An owner who begged "on bended knees" for his horse to be allowed to race this summer has been told he must wait until August to see her back on a racetrack.

Paul Gregory made an appeal after his Gizza Job was sanctioned for repeatedly misbehaving at the start of her races, but a disciplinary panel ruled on Thursday that the sport's rules do not allow for an exception to be made.

The panel heard how the filly delayed a race at Southwell last month by seven and a half minutes, dropping her jockey in the paddock and thereafter refusing to be mounted. Phil Dennis, her intended rider, had to lead her to the start, where she then refused to enter the stalls and was withdrawn.

Gregory beseeched the panel: "I'm appealing to everyone's greatness on bended knees to see if you can reduce the six-month ban to three months, because we don't want to lose a year's racing. We're the small guys aren't we? We'd just like a little bit of help.

"By the time six months are up, we'll have missed a lot of racing at Chester, which is local to us. It's a bit sad, really."

He described Gizza Job, the first horse he had owned, as "a kind of family pet" who had already delivered on one dream for the owner when taking part in Newbury's Super Sprint last year.

"That was like a lottery win for me," said Gregory, who had long felt particular fondness for the cavalry charge for two-year-olds.

But the BHA's Lyn Williams pointed out that Gizza Job had been reported by the starter for causing difficulties at the stalls at Newbury and again at Chester in August.

The rules effectively impose a six-month suspension on any Flat-racer who receives a third report from the starter, as they must wait that long before being permitted to attempt a stalls test. 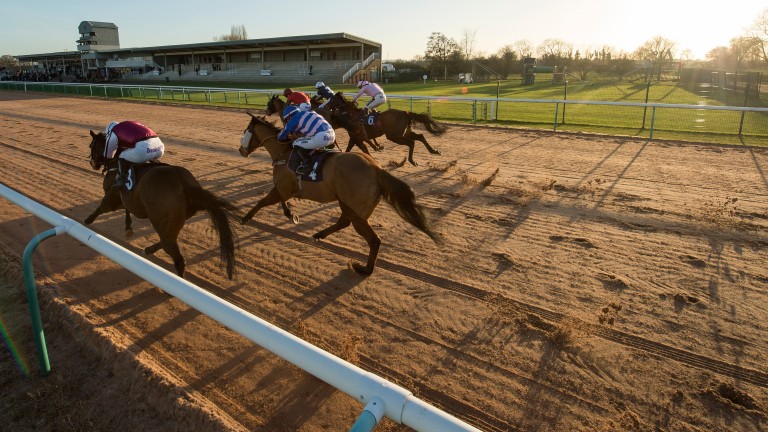 Southwell: did not prove to be a happy hunting ground for Gizza Job or owner Paul Gregory
Edward Whitaker

Gregory made no attempt to argue that the Southwell starter had been unfair in reporting Gizza Job. As Williams noted "she got the treble up" having been unruly, failed to enter the stalls and delayed the start, all of which can be reasons for a starter's report.

"We are extremely grateful to Mr Gregory for the way he presented his case," said the panel chairman, David Fish. "And the obvious honest and deep and emotional feelings he has for this matter and indeed the horse, Gizza Job, his first racehorse.

"But we cannot allow this appeal. We are sympathetic to your position generally, but within the rules of racing, this appeal really is unarguable and is therefore dismissed."

"I understand that," Gregory replied. "And I'd like to thank you gentlemen for your time. I felt if I didn't try, I wouldn't be a good owner, would I?"

'I think it's a bit harsh, six months'

Michael Mullineaux, who trains Gizza Job, told the Racing Post that the Southwell incident had not been the filly's fault.

He said: "Phil got on her, she was nice and calm and there was a gust of wind that blew the number cloth up and just frightened her, unfortunately. She went forward and stopped and Phil went over the rail. He was fine but that's what upset her.

"I think it's a bit harsh, six months, especially for the new owner. Three months would have been enough. She's a nice little filly. She's no superstar but she can win a race.

"It's sad, really. Now I'll have to put her out for a couple of months in the field. She's good at home but of course when you get to the track, it's all different."